The EU promises Africa more than 150 billion euros in investments

The President of the European Commission is visiting Dakar, Senegal. Ursula von der Leyen was received this Thursday, February 10 by the Head of State, Macky Sall, current President of the Union a… 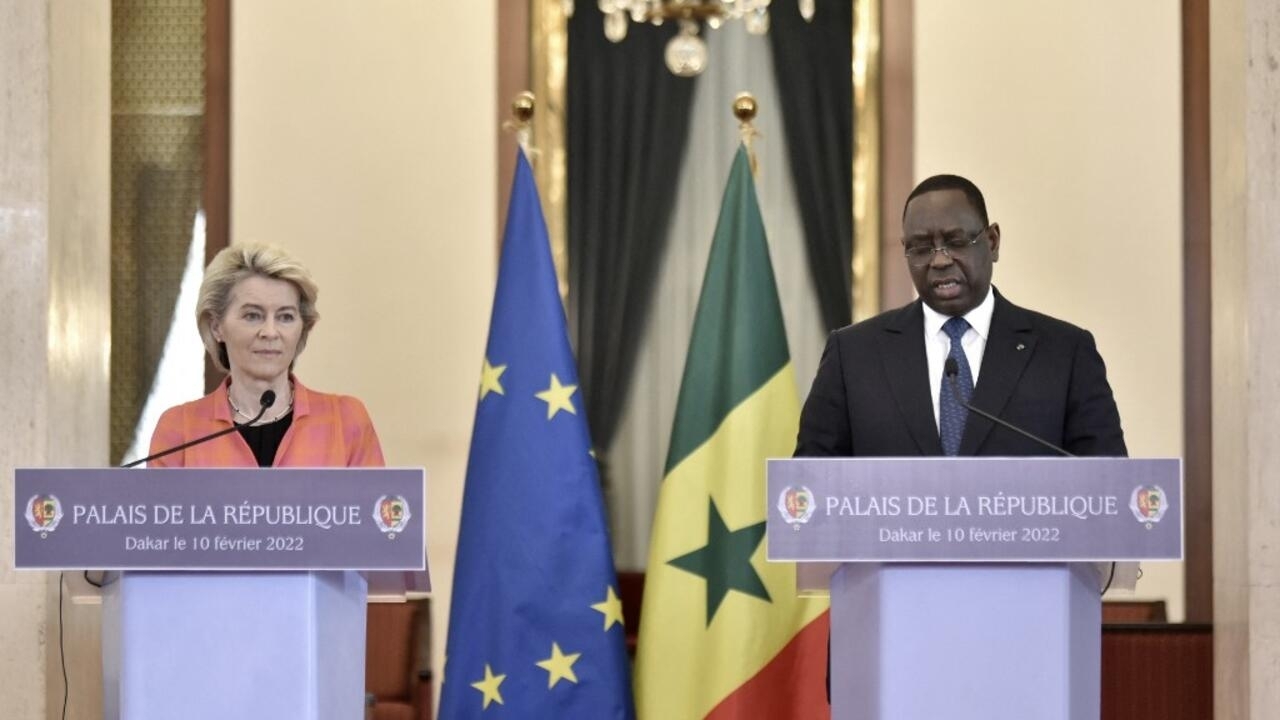 The EU promises Africa more than 150 billion euros in investments

The President of the European Commission is visiting Dakar, Senegal.

Ursula von der Leyen was received this Thursday, February 10 by the Head of State, Macky Sall, current President of the African Union.

There was talk of the next AU/EU summit, which will be held in Brussels on 17 and 18 February.

Europe and Africa have an interest in working together

," said the Senegalese head of state in a joint statement.

For her part, Ursula von der Leyen announced a regional plan of 150 billion euros of investment in Africa, as part of her new investment strategy called “Global Gateway”.

Today, I am proud to announce more than 150 billion euros through the Africa-Europe programme

it is the very first regional plan under Global Gateway

,” she told the press, referring to the European initiative launched in December.

Global Gateway is expected to mobilize up to 300 billion euros in public and private funds by 2027, in infrastructure projects around the world.

Its declination for Africa rather sets the horizon at 2030, indicates a document made public by the European Commission.

For all this, we of course need the private sector, its expertise and its strong investment, we also need political voluntarism at the highest level

The visit of the President of the European Commission precedes the European Union-African Union summit of February 17 and 18 in Brussels by a few days.

The Senegalese head of state recently assumed the presidency of the African Union.

Investments will be at the heart of the discussions

In this field, Europe is the most reliable partner for Africa and by far the most important

the values ​​to which Europe and Africa are attached, such as transparency, sustainability, good governance and concern for the well-being of populations

Global Gateway is seen as a response to the New Silk Roads traced by China.

In Africa too, China is rapidly expanding its economic and political presence.