Eduardo Sacheri: "Accepting defeat with nobility makes us worthy or not as people"

The Final Interview The last of EL MUNDO LITERATURE His book talks a lot about football and raises what football is for. Well, that: what is football for? All games, including football, metaphorize and simplify life and that is very useful. That's why we invent games and that's why we play them. They condense life into a single goal, which is to win, and a single terror, which is to lose. There is 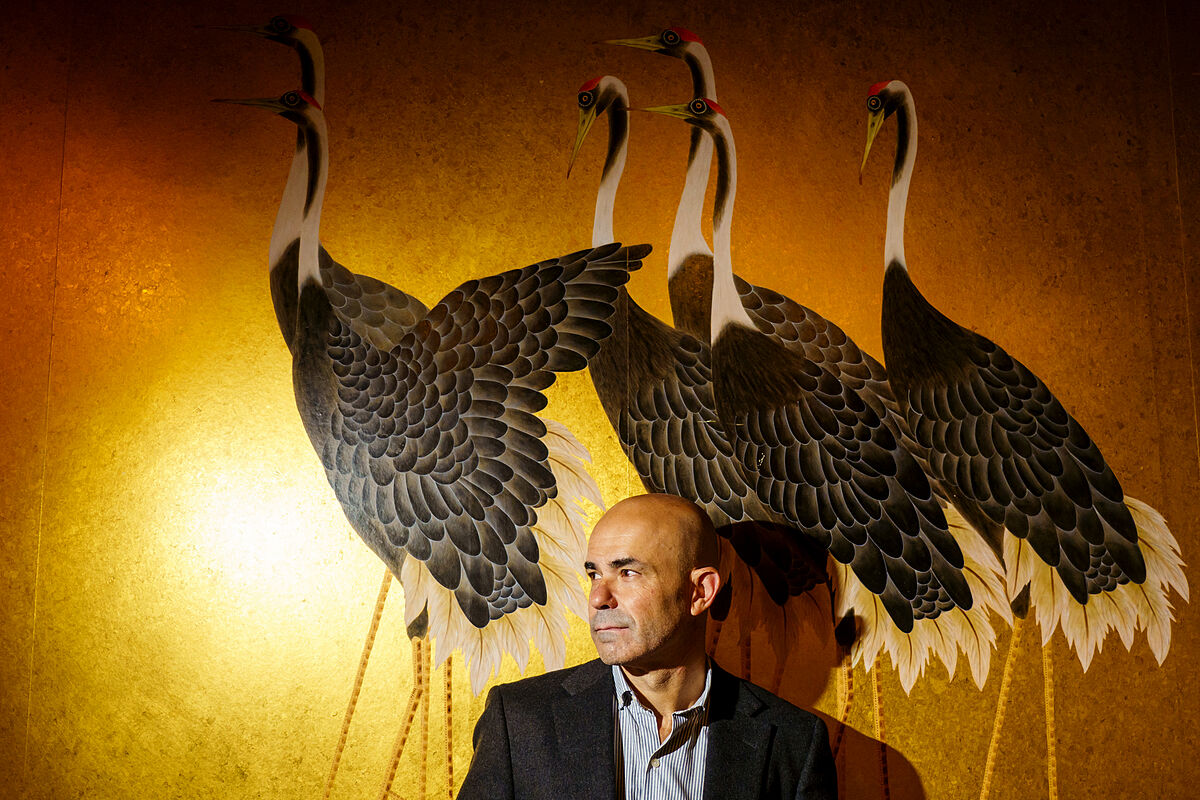 His book talks a lot about football and raises what football is for.

Well, that: what is football for? All games, including football, metaphorize and simplify life and that is very useful.

There is a clear definition of objectives, limits, allies and rivals, us and them... Everything in life is more difficult. Your partner is your ally and your enemy at the same time.

The game is also, in contexts of severity like the school that appears in this book, an area of ​​freedom.

Football is playful, creative and childish.

Emotional overflow cannot be avoided no matter how strict the environment is.

Imagine that the sport that moves the world is not football but tennis. Tennis,

It's not about learning to socialize but about being alone and not going crazy...I don't claim that the sport I love is better than the others, but if I start looking for positive attributes in football, I find them easy, eh?

The enormity of the football field.

There is a complexity in football that is not life but represents it well. Now, in Spain, many middle-class families enroll their children in rugby because they believe that professional football is a poor educational benchmark. In Argentina, football is so massive and so diverse, that professionalism is important but not so much.

Yes, boys dream of being football stars, including those who play rugby, including girls.

But there is a feeling that real football is the other, it is the boy who goes to the field, it is the forty-year-old who risks his knee for rallying with his friends. We see other football as a representation of our football.

And, if at some point these two worlds are disconnected, the one that will become extinct will be professional football.

If not, it becomes an almost acrobatic thing.

I think I can name five Argentine books about schools like the one in your novel: large, very demanding, almost barracks, partly terrible... They represent a time when Argentina highly valued formal education as a means of social and economic progress.

The national school took you to the university and allowed you to prosper from a demand in knowledge.

The child's happiness, the nice study climate, the emotional well-being... that didn't worry anyone.

Well, that sounds old to us today, but it is fair to say that these national schools fulfilled their promise from the public system and mixing children from different social classes.

Now, nobody does that function in public education.

And I doubt they meet the other, with creating an environment of emotional well-being.

When I say it, it seems that I, who am a teacher, am spitting on public education and my teaching colleagues.

But it is the opposite.

The conservative one is the position that has been imposed, resigning oneself to the fact that education does not allow social ascent.

I know someone who went to a school like this in Madrid and wears it with great pride.

But then he tells very naturally that every year a child committed suicide. There was something tremendous in that world, of course.

We all have very harsh memories, I don't idealize my upbringing.

But I think we run the risk of massively contesting an experience without understanding its elements.

Without understanding what was valuable in that education, what we don't want to lose from it. of idealization of that moment. In my books there is always a certain discomfort towards idealized memories.

And the year 83 in my country is very idealized.

It was the year in which we voted for Alfonsín, who is the best president we have ever had.

But I also remember the confusion, the totalitarian inertia, the irrationality of a thousand dispositions that conditioned our lives.

And I remember the nakedness of adults, who in 1981 had a monolithic authoritarian framework, who in 1982 entered into a great celebration of military values ​​when the Falklands War and those who, suddenly, their world was turned upside down, were totally lost.

Some took refuge in the old authoritarianism, even though they knew that it no longer meant anything.

Others let themselves be defeated, they abandoned themselves.

And the boys, with them, we were wild.

We were just as authoritarian as the worst teachers.

We smelled their blood and we were sharks.

There is a scene in the book, a teacher who is thrown a dictionary and she does not know how to react to that aggression.

Well, that's what I saw.

All my gratitude to the adults who followed his path, who understood that things changed but who wanted to set limits, say yes and no.

The character in your book has a terrible losing.

I lost my father when I was 10 years old. It was my big defeat and, since then, I had a very bad time losing.

And soccer taught me to lose.

Today, I think it is the defeat that measures us.

Accepting it with courtesy and humor is what makes us worthy or not as people.

Events "I wish there was less and less to find us": Arrested in Lleida for kidnapping her daughter in Buenos Aires 19 years ago

PoliticiansViktor Orban, the football fan that Vox wants to imitate