'Daejang-dong'-'Deutsche Motors' melee battle... How was the 2nd TV debate? 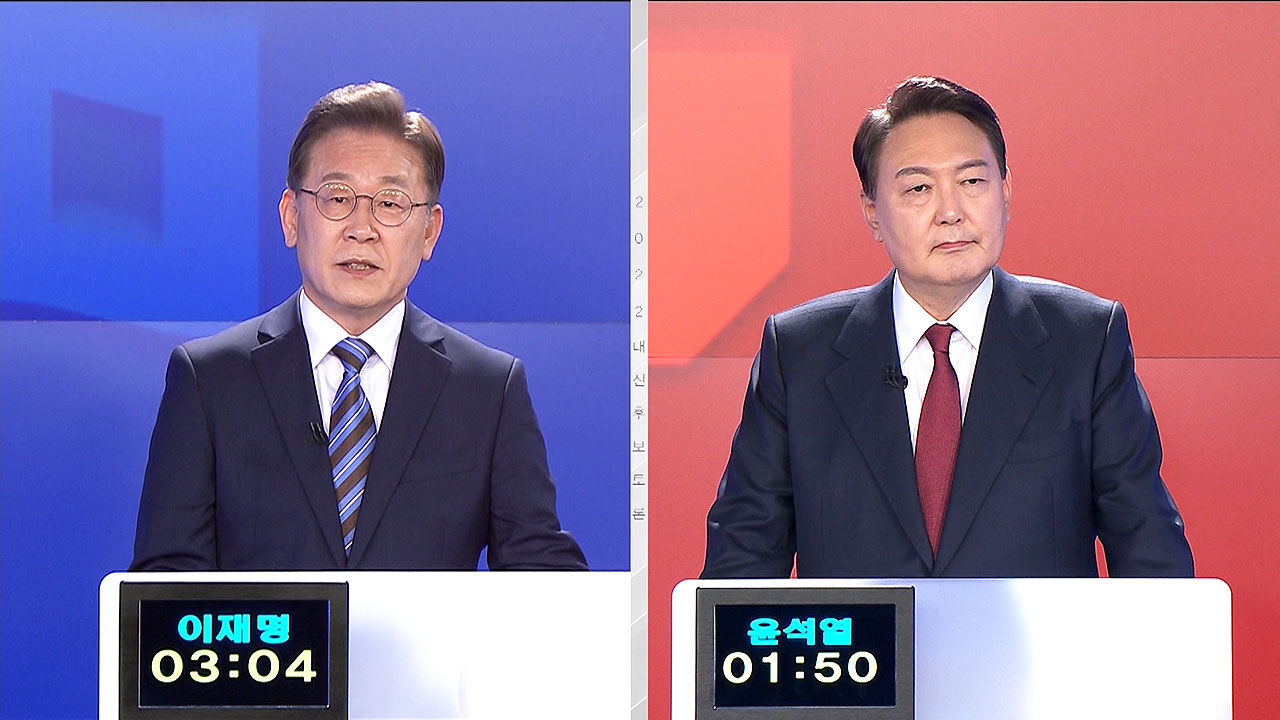 Democratic Party candidate Lee Jae-myung and People's Strength candidate Yoon Seok-yeol fought fiercely from the beginning of the debate, citing various suspicions from each other.

Candidate Yoon raised the theory of responsibility for this candidate saying that it is impossible to know where the profits from the development of Daejang-dong have gone, and

[Yoon Seok-yeol/People's Power Presidential Candidate: I believe that the truth must be clearly established where this money is in whose pocket, where it is hidden, and where it was used. I think.

Candidate Lee launched a counterattack on suspicion of manipulation of the Deutsche Motors stock price by Kim Kun-hee, the wife of candidate Yoon.

[Lee Jae-myung / Democratic Party Presidential Candidate: There are many sayings that your wife is involved in the manipulation of the Deutsche Motors stock, but this doesn't seem to have anything to do with fairness...

When Candidate Lee brought up the controversy over Candidate Yoon's witchcraft, saying that he refused to search and seize Shincheonji during his time as prosecutor general, candidate Yoon responded that Minister Choo Mi-ae's order for seizure and search was a comedy.

[Lee Jae-myung / Democratic Party Presidential Candidate: Geonjin or some kind of judge said, 'If you touch Man-hee Lee, you are a psychic medium, and you will suffer damage', so I gave up the search and seizure.

[Yun Seok-yeol / People's Power Presidential Candidate: The order of the search and seizure by the Minister of Justice.

Because the reporters, who gave the order to the press, all laughed at that time.]

Justice Party candidate Shim Sang-jung pointed out that Lee's wife Kim Hye-kyung's suspicion of 'excessive protocol' was "the candidate's own risk, not the spouse's risk." People's Party candidate Ahn Cheol-soo targeted the huge bipartisan candidates, saying, "No matter who is elected, the people will fight in half for five years."