As an alternative to Russia, can the United States supply gas to Europe?

The United States has held discussions with major natural gas producers in North Africa, the Middle East and Asia, as well as within America, about their ability and willingness to temporarily increase their production of natural gas for European buyers. 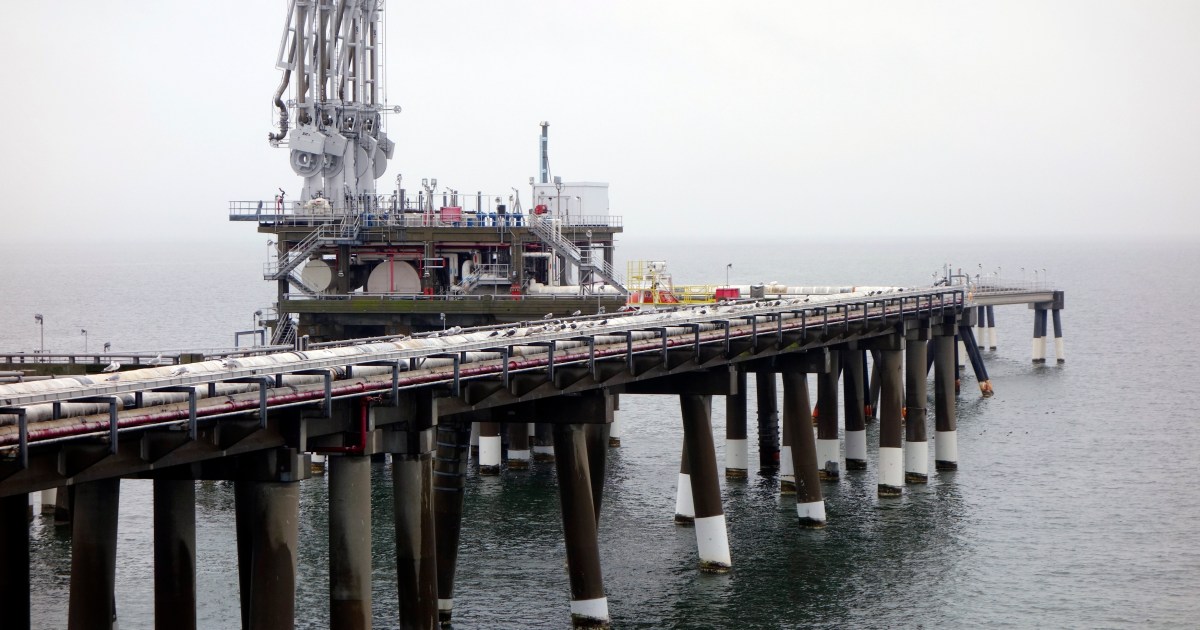 - At a news conference with German Chancellor Ulf Schulz, President Joe Biden said, "If Russia invades Ukraine, meaning tanks or soldiers cross Ukraine's border, there will be no Nord Stream 2 anymore, and we'll finish that, I promise you we will." We will be able to do that."

For his part, the new German chancellor acknowledged during his first visit to the United States, that "there will be no Nord Stream 2 if there is an invasion by Russia."

The White House describes Nord Stream 2 as one of the cards that can be exploited to prevent the expected Russian invasion of Ukraine, and Nord Stream 2 is expected to transport natural gas, through a giant pipeline starting from Russia and passing through the Baltic Sea, bypassing the current land path that passes through Ukrainian territory. up to German territory.

The Biden administration scrapped sanctions on the pipeline last year as part of an effort to rebuild relations with Germany.

The pipeline project has been completed, but it still awaits several bureaucratic approvals from the German government and European Union bodies, which will take several months before it begins pumping gas.

The West fears that the new gas pipeline will strengthen Russia's influence on the European continent, or become a means for Moscow to blackmail America's European allies.

The Ukraine crisis and the Russian gas weapon

In 1981, during the Cold War, then US President Ronald Reagan failed in his attempts to block the Soviet natural gas pipeline extending to Western Europe, and Reagan warned Washington's European allies of its increasing dependence on Russian energy, and urged the continent to search for alternative suppliers, both in Asia or North Africa.

After more than 40 years, the same situation is repeated in light of similar geopolitical complications linked to the tension in Russia's relations with the West due to the Ukrainian crisis, and the continued dependence of the European continent, in large part on Russian gas for heating during the winter months, and President Joe Biden confirms that his administration is working with the European Union to identify sources Other sources of natural gas come from regions, including North Africa and Middle Eastern countries, in addition to American natural gas, and Europe depends on Russia for nearly 40% of its consumption.

As Russia began to move its forces towards the border with Ukraine, Moscow stopped selling gas supplies early under long-term contracts as usual, and stopped providing any other supplies through the spot market mechanism.

As a result of the Russian move, natural gas prices in European countries rose to about 5 or 6 times their usual levels.

Because of declining supplies, the quantities of natural gas stored in Europe, which were used as a strategic stockpile that could help Europe withstand emergency energy market crises, reached their lowest levels since the 2011 crisis, according to data from the European Gas Infrastructure Trade Group.

According to many analysts, Washington is considering who to resort to if Russia reduces energy supplies to Europe, if Washington and the West impose strict new sanctions on Russia when it invades Ukrainian territory, in addition to fears of an expected additional crazy rise in prices if Russia takes the initiative to stop its supplies of gas.

"If Russia decides to arm its supplies of natural gas or crude oil, it will not be without consequences for the Russian economy," added the official, who asked not to be identified.

Tempted by higher prices, the United States has increased their shipments of liquefied natural gas to Europe in recent weeks, and European energy expert George Zakman believes that "despite the decline in gas reserves in Europe, it may withstand a complete cut of Russian gas for this winter, but it is the most difficult thing." A much longer supply cut will leave you without enough gas for the coming months."

Last December saw 95 tankers headed for Europe from the United States, and US exports to Europe during the winter rose about 15% from what they were a year ago, according to data from S&P Global Platts.

At a time when Europe is looking for alternatives to Russian gas, a number of observers talked about the ability of Algeria and Qatar to provide a large proportion of gas as an alternative to Russian gas, but this is not enough to reassure the Europeans.

During the Emir of Qatar's visit to Washington last month, Qatari Foreign Minister Sheikh Mohammed bin Abdulrahman Al-Thani said that "the issue of energy requires collective action," stressing that "Qatar is looking forward to competing with Russia and the United States and competing with everyone in the field of energy."

In a press statement, the Qatari minister said, "We will not be part of a conflict or political polarization as the State of Qatar. As for commercial competition in the field of energy, it is an open competition, and we look forward to competing with Russia and the United States and competing with everyone, given that Qatar is one of the largest exporters of liquefied gas."

As for Algeria, which is the third largest gas supplier to the European Union after Russia and Norway, it exported last year through pipelines extending across the Mediterranean to Spain and Italy, as well as a liquefied natural gas terminal, about 34 billion cubic meters of gas to the European Union countries. This represents 8% of the continent's total imports, according to the European Union's Statistical Office.

After Algeria has strengthened its production capacity, it is ready to increase exports to the European continent, but this will only compensate for a percentage of no more than 15% of Russian gas, according to reports by S&P Global Platts.

"Europeans may overcome the gas dilemma now through American alternatives and other sources, but they will have to start planning for a future in which they cannot rely on vulnerable gas supplies," says Angela Stint, a former Obama administration official and energy expert at the Brookings Institution. .