The launch of Nord Stream 2 is one of the key points for overcoming the crisis with Russia, said the head of the French Ministry of Economy and Finance, Bruno Le Maire. He also noted that the consequences of a possible conflict in Ukraine will have a different impact on the US and the EU, especially on the issue of energy prices. In this regard, the minister stressed that Europe should not support Washington's position on the gas pipeline. The importance of Nord Stream 2 for ensuring the energy security of the EU was previously pointed out by Austrian Chancellor Karl Nehammer. Meanwhile, US President Joe Biden promised that Nord Stream 2 would be "ended" if Russia invaded Ukraine. Experts believe that there is a split in the EU regarding the fate of the energy project and the role of European countries in relations with Washington. 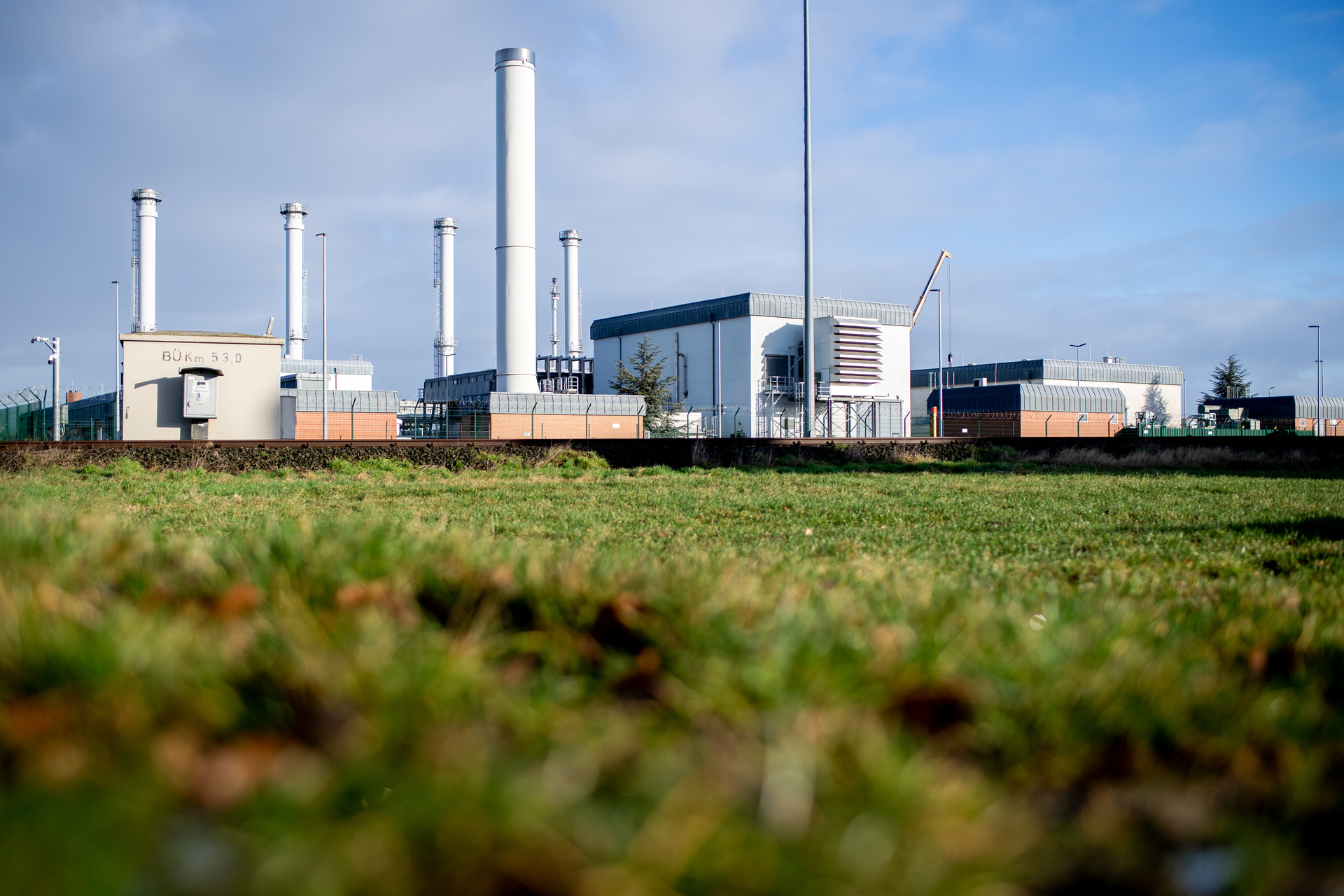 The commissioning of Nord Stream 2 could help overcome the crisis in relations with Russia.

This opinion was expressed by the Minister of Economy and Finance of France Bruno Le Maire on the radio station France Inter.

He also noted that Europe and the United States have different interests in the Ukrainian crisis and that the EU is in favor of dialogue and de-escalation of the conflict.

As the minister emphasized, the aggravation of the situation will lead to a new jump in energy prices.

And, according to him, it is because of high fuel prices in France that high inflation is observed.

“Let's not let the Americans force us to take a position that does not reflect the opinion of the Europeans,” the head of the French Ministry of Economy urged.

The other day, US President Joe Biden, at a joint press conference with German Chancellor Olaf Scholz, threatened that he would put an end to Nord Stream 2 in the event of Russia's "invasion" of Ukraine.

“If Russia invades, that is, tanks or troops cross the Ukrainian border again, there will be no more Nord Stream 2.

We will put an end to it,” Biden said.

He assured that he would be able to do this, even though the right to decide on the fate of the gas pipeline belongs to Germany.

At the same time, he promised to compensate Europe for the lack of energy resources in the event of interruptions in their supplies from Russia.

“We are looking for opportunities to compensate for the loss of Russian gas, LNG.

We are trying to find solutions, including by interacting with our friends around the world.

We think we would be able to compensate for a significant share of the losses, ”Biden added.

However, Scholz did not directly declare Germany's readiness to prevent the launch of Nord Stream 2, even after a number of clarifying questions from journalists on this topic.

Representatives of the American authorities have previously spoken of the freezing of the gas pipeline as a settled matter.

In particular, US National Security Assistant Jake Sullivan spoke on this topic in an interview with Fox News on February 6.

Nord Stream 2 is our leverage, not Vladimir Putin’s… Nord Stream 2 is currently not receiving gas and will not be in the coming months, thanks in part to United States diplomacy,” he said.

Earlier, on January 26, on the air of National Public Radio, US State Department spokesman Ned Price called the downtime of the gas pipeline a trump card for the Western community.

“This is the trump card of Germany.

This is the trump card of the transatlantic community, because the gas is not coming.

Let's be clear: this is not Vladimir Putin's trump card," the diplomat said.

Meanwhile, voices continue to be heard in Europe in support of Nord Stream 2 and the withdrawal of the gas sector from the planned sanctions.

Thus, Austrian Chancellor Karl Nehammer, in an interview with Der Spiegel on January 21, said that the pipeline is able to ensure the security of energy supplies to Europe.

“It is important that we act in a coordinated manner at the European level.

My opinion is that the pipeline itself, rather, should not be seen as a threat, especially when it comes to the reliability of energy supply in Europe, ”TASS quoted Nehammer as saying.

He also expressed the opinion that Nord Stream 2 is “too small to tighten the sanctions regime.”

Bavarian Prime Minister Markus Söder, in a commentary to the Frankfurter Allgemeine Zeitung newspaper, noted that measures to close the Nord Stream 2 project or to stop gas supplies from Russia would negatively affect Germany.

And the head of the German Industrial Union, Siegfried Ruswurm, in an interview with the Funke media group on January 29, recalled that Russia is one of the main gas suppliers to Germany.

At the same time, he stressed that the decision to receive gas from Russia was "not an all-in game."

Now we receive more than 50% of our gas from Russia.

It would certainly not be easy to completely or significantly replace this share in a short time,” Rusvurm said.

In turn, Italian Foreign Minister Luigi Di Maio, speaking at a joint meeting of the commissions on foreign affairs of the Senate and the Chamber of Deputies on February 8, said that Russia is indispensable for gas supplies to Europe.

In this context, Hungarian Foreign Minister Péter Szijjarto, in an interview with TASS, expressed the hope that the decision to certify Nord Stream 2 would be made on the basis of professionalism, not politics.

“There are very clear European rules that must be met.

The problem, in my opinion, is that the decision here is made based on political rather than professional reasons.

Nord Stream 2 has the same problem as Sputnik V.

They look at it as a political project,” Szijjártó stressed.

Recall that the technical construction of the gas pipeline was fully completed on September 10, 2021, after which the certification procedure began.

However, on November 16, the German Federal Network Agency suspended this process.

The reason was the need to create a subsidiary of Nord Stream 2 AG for the German part of the gas pipeline in order to comply with the requirements of the national energy law (EnWG).

By the end of December, both strings of Nord Stream 2 were filled with technical gas, and at the end of January, the establishment of Gas for Europe GmbH was announced, which will become the owner and operator of the 54-kilometer section of the gas pipeline located in German territorial waters and the onshore objects in the city of Lubmin.

Experts interviewed by RT note that the opinion expressed by the head of the French Ministry of Economy is indicative, since in general European politicians and businessmen are not eager to publicly express their thoughts about the trans-Baltic gas pipeline.

“A voice in support of Nord Stream 2 from the French Minister of Economy and Finance is a rare case.

It is significant that it is not a German, not an Austrian, or even a Hungarian who speaks about the significance of the gas pipeline, but a Frenchman who has a very distant relation to Nord Stream 2.

Moreover, from the point of view of energy security and diversification of energy supplies, France is much more secure than Germany,” said HSE Professor Dmitry Evstafiev.

According to him, today the EU countries are divided into those who are ready to be the periphery of the United States, primarily economic, and who do not want to be such.

However, Germany, on the one hand, is more interested in Nord Stream 2 than anyone else, on the other hand, it wants to maintain relations with Washington, therefore it cannot find the political will to unambiguously express its position.

The existence of a certain split in Europe because of the gas pipeline was also pointed out by the expert of the National Energy Security Fund, a teacher at the Financial University under the Government of Russia Stanislav Mitrakhovich.

“On one side of the scale is the stability of supplies and the relative cheapness of gas compared to LNG, and on the other, US loyalty and an imaginary reason to unite around an imaginary general “threat,” the analyst explained in an interview with RT.

It is quite convenient for the US authorities to threaten Russia with sanctions against Nord Stream 2, since Moscow is not going to take the step in which the “end” is predicted for the gas pipeline, said Nikita Danyuk, deputy director of the RUDN Institute for Strategic Studies and Forecasts, member of the Russian Civic Chamber.

Nevertheless, Stanislav Mitrakhovich believes that the United States is now fighting not only against the Russian Federation, but also against its relationship with the European Union, with which Moscow has established trade and economic ties.

At the same time, the expert is sure that the United States cannot completely ignore the interests of its allies and, for example, disconnect Gazprom from dollar transactions.

Therefore, they often have to replace the lack of real action with harsh rhetoric.

In addition, the United States, despite all its promises, still cannot guarantee gas compensation to Europe in the event of interruptions in supplies from the Russian Federation.

“Even in cases of temporary interruptions in supplies due to sanctions or Russian countermeasures, the United States will not be able to completely replace gas from the Russian Federation in the foreseeable future.

Each of the countries - Qatar, Australia, Norway, Algeria and Azerbaijan - to which Washington intends to turn for assistance in the gas issue, has its own limitations and specifics, ”summed Mitrahovich.