Mahbouba Seraj, 74, has been fighting for decades against the Taliban and the rights of Afghan women. When the Taliban were invited to attend a meeting with diplomats from the west in Oslo, she cheered. - That was the best idea. I'm glad it happened. 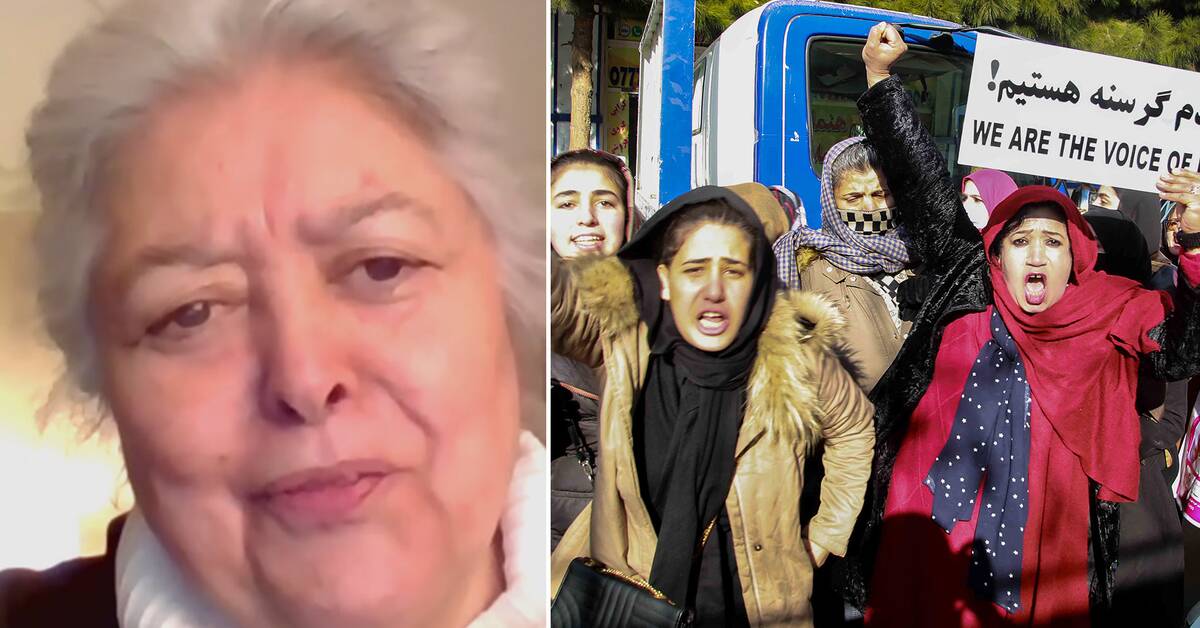 Since the Taliban took power in August, international aid, which accounted for about 80 percent of the state budget, has stopped.

The West demands that the Taliban respect human rights in order to resume support, and Norway's move raised eyebrows in the West.

"We talked the listeners"

The meeting was criticized by activists and Afghans in the diaspora, but the Taliban were pleased.

The Afghan women's rights activist Mahbouba Seraj was also present at the meeting.

- I thought it was the best idea!

I thought someone was finally doing something.

She tells how she tried to get talks with the Taliban countless times, but never succeeded.

- And now we had to go thousands of miles away to sit down and talk, but that was what happened.

I was glad it happened.

But the situation of women in Afghanistan has deteriorated since the United States left the country and the Taliban took power at the end of the summer last year.

Women have gradually been banned from deciding for themselves how to dress and go to school.

What makes the situation more difficult now compared to when the Taliban were in power about 25 years ago is that poverty has increased, says Mahbouba Seraj.

- There is a lack of food, lack of medicine, lack of money and jobs.

On top of everything else, we are now poor and poverty prevents all development.

Women can not be educated about human rights if they do not have money, clothes and a roof over their heads.

"Since the Taliban came to power, women fighting for their rights have been threatened and imprisoned," said Mahbouba Seraj.

She still lives in Afghanistan but many others have fled.

- We are experiencing a brain drain in the country.

These women have been educated and are forced to leave because if they are active in Afghanistan, they will be imprisoned.