The Comoros: memories of a first participation in the CAN football

Like Gambia, the Comoros took part in their very first African Cup of Nations during this 33rd edition in Cameroon. If the Gambian Scorpions have climbed to the quarterfinals... 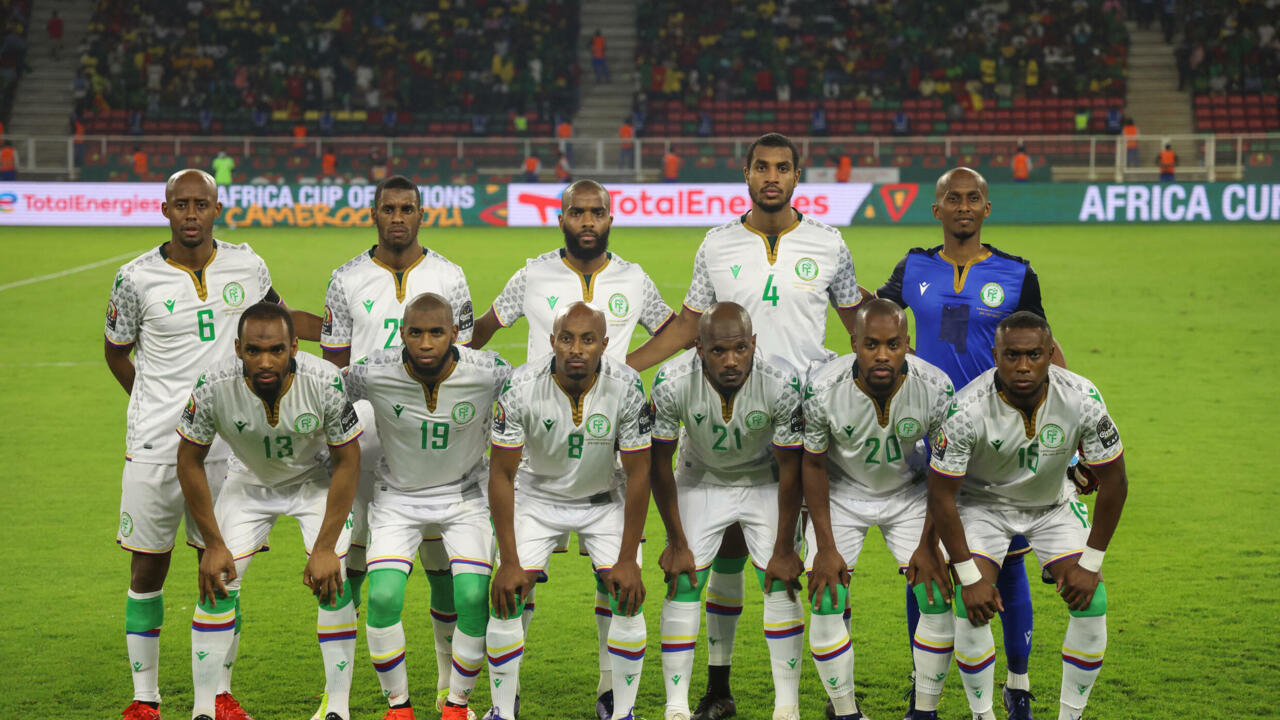 The Comoros: memories of a first participation in the CAN football

The eleven of the Comoros for the match against Cameroon in the round of 16 of the CAN at the Stade d'Olembe in Yaoundé, January 24, 2022. AFP - KENZO TRIBOUILLARD

Like Gambia, the Comoros took part in their very first African Cup of Nations during this 33rd edition in Cameroon.

While the Gambian Scorpions made it to the quarter-finals, the Coelacanths stopped in eighth against the host country, after a breathless journey with many twists and turns.

Return to head rested on an intoxicating first time with the players of Amir Abdou.

First there were timid first steps against Gabon, then the time of affirmation against Ghana, the

( with one player less and without a professional goalkeeper).

A first time rich in emotions, which summarizes in a memory Ben Boina, goalkeeper of Endoume in the 5th French division, revealed against Morocco during the 2nd day (2-0 defeat of the Comoros):

Indeed at that time, the Comoros are virtually qualified for the round of 16, but can still be overtaken by Sierra Leone as best 3rd if the Leone Stars score against Equatorial Guinea (who are leading at this time). there 1-0).

We went from joy to disappointment… Then back to joy!

Emotionally, I had never experienced that.

When we see the penalty whistle for Sierra Leone, who can qualify and eliminate us, we were all dejected.

We no longer believed in it, well, almost no longer.

It was very hard.

And when Jesús Owono, the Equatoguinean goalkeeper, saved the penalty, it was the release!

It was grand, really

,” he recalls, a bright smile in his voice.

This little boost from Jesús Owono allows the Cœlacanthes to join the 8th.

A qualification celebrated as it should be, but the players of the archipelago are not at the end of their surprises.

The Comoros CAN then took a surreal turn for the midfielder Youssouf M'Changama and his family:

I remember very well the Saturday which preceded the round of 16 against Cameroon.

We were about to go to training and we got the results of our Covid tests.

At that time, we knew we weren't going to have a goalie!

Ben Boina injured, and the two other goalkeepers available positive for the coronavirus, it is then necessary to

This is how exercises and training of a new kind begin:

We started asking questions, "Who's going to go to the cages?"

Those who were positive for Covid stayed in Garoua, we went to Yaoundé… Without a guard!

We started to laugh, to all put on the gloves to try.

We did crazy training, we all went to the cage to practice ball grips

An ubiquitous situation that will not prevent the Comoros from holding out on the Cameroonians (2-1 defeat).

And to Youssouf M'Changama to score one of the goals of the tournament: "

I will remember this match against Cameroon for so long, the hope we had when we scored, well when I scored (laughs).

We really felt that we could come back

It gave an incredible boost to the team.

And we could see that Cameroon was not well.

We will keep great, great memories of this CAN

A match against the host country that Fouad Bachirou will not forget either, whose

My greatest memory in this AFCON is still this match against Cameroon.

An 8th final for our first participation, that was already crazy!

Then obviously, it was the circumstances that made this match exceptional: no goalkeeper, no coach, many players absent because of the Covid… Despite everything, we put out a great performance in terms of courage, our values , our way of playing… However, we were up against a very tall player from Africa!

Really, it is this personality that I retain.

In addition, we very quickly found ourselves at ten after the expulsion of Nadjim Abdou.

It's really my emotion from this CAN: this group strength, this character that we demonstrated in this match.

A character and a passion that have seduced well beyond the Comoros and Cameroon, judging by the wave of support and the outpouring of sympathy that the Coelacanths have aroused on social networks.

It is now up to them to dive back into the deep end of qualifications, to try to relive great emotions during the next CAN in Côte d'Ivoire in 2023.

►Read again: Although eliminated from CAN 2022, the Comoros have earned respect