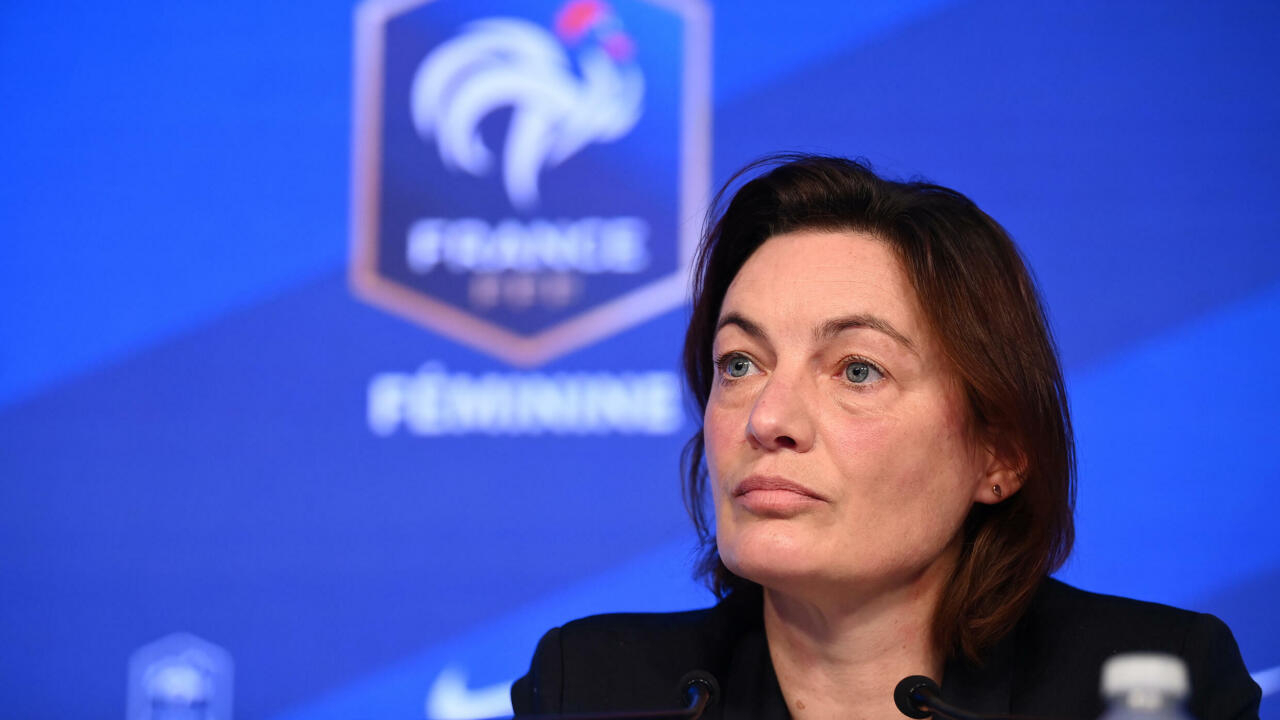 The Paris SG player is the big surprise of this first list of the year 2022: at 32, Hamraoui finds the tricolor jersey almost two years after his last appearance, in April 2019 against Japan (3-1) in friendly .

She could honor her 37th selection from Wednesday February 16 in Le Havre, against Finland, or during the two following meetings: against Brazil on the 19th in Caen or against the Dutch European champions three days later in Le Havre.

Frenchwoman Kheira Hamraoui, during the match for 3rd place in the Women's Cup between Paris Saint-Germain and the Chicago Red Stars, on August 21, 2021 in Louisville (Kentucky) Tim Nwachukwu GETTY IMAGES NORTH AMERICA/AFP/Archives

The Hamraoui bet is daring for the coach, who has bet in recent months on continuity and cohesion: the violent attack on the player by two hooded individuals in the presence of her teammate Aminata Diallo, on the evening of November 4, 2021, still remains undecided. elucidated and the case has permanently disrupted the daily life of PSG in recent weeks.

The former Barcelonan returned to competition at the end of January, showing herself to be invaluable in all her matches, but her current agreement with certain teammates and compatriots raises questions: during the victory at Guingamp (6-2) on Saturday, for example, she did not took part in the collective outpouring of joy after the Parisian goals.

"The higher interest is the national team. The story that came out is in the private domain, it does not concern me and does not concern anyone. It will be necessary to show a lot of humanity, because Kheira is above all a victim," Deacon explained, asking for "humility and cohesion" from his team.

The Euro moves away for Le Sommer

But for the coach, this February gathering offers one of the last chances to "see some players again" before the Euro in England, scheduled for July 6 to 31.

Until then, only another course is on the program, in April.

Deacon had already recalled Hamraoui in October, but she was injured at the worst time.

His assault in November had further delayed his return.

Aminata Diallo, heard by investigators in police custody in this case and then released without any charge against her, is absent from the February list, which has 25 players.

This is also the case of Eugénie Le Sommer.

The top scorer in the history of Les Bleues (175 caps, 86 goals) is left out, as since the start of the season.

The 32-year-old striker, who returned to Lyon this winter after a successful loan spell in the American franchise OL Reign, sees her chances of competing in the Euros this summer seriously dwindling, she who had announced on RMC wanting to "do everything to go there".

"I need a mix of experience and youth, I may put a little more youth in certain positions. The more time goes by, the more complicated it seems, but I can't tell you that she will not be in the list of the Euro", claimed Deacon.

In attack, the youth is symbolized by Melvine Malard, Delphine Cascarino or even Sandy Baltimore, who accompany the manager Kadidiatou Diani and the indestructible striker Marie-Antoinette Katoto.

Valérie Gauvin is on her side left on the floor, replaced by Ouleymata Sarr (Paris FC).

In defense, captain Wendie Renard, absent through injury in October and November, logically makes her return, unlike Elisa De Almeida and Perle Morroni.

In midfield, former captain Amandine Henry, shunned by Deacon for over a year, is injured in an ankle and therefore did not even apply for a return.

Bordeaux's Charlotte Bilbault, injured in the Championship on Sunday, is well expected at Clairefontaine on Saturday, two days before leaving for Deauville, where Les Bleues will stay during the Tournoi de France, an annual friendly event launched by the French Federation in 2020.