A Canadian magazine published a report entitled "NATO, Gaddafi and the Arab Spring", in which it was stated that the West aimed from its military intervention in Libya to remove a "eccentric leader" and ultimately secure access to oil. A report published in the Canadian electronic magazine "mcgill international review" described a 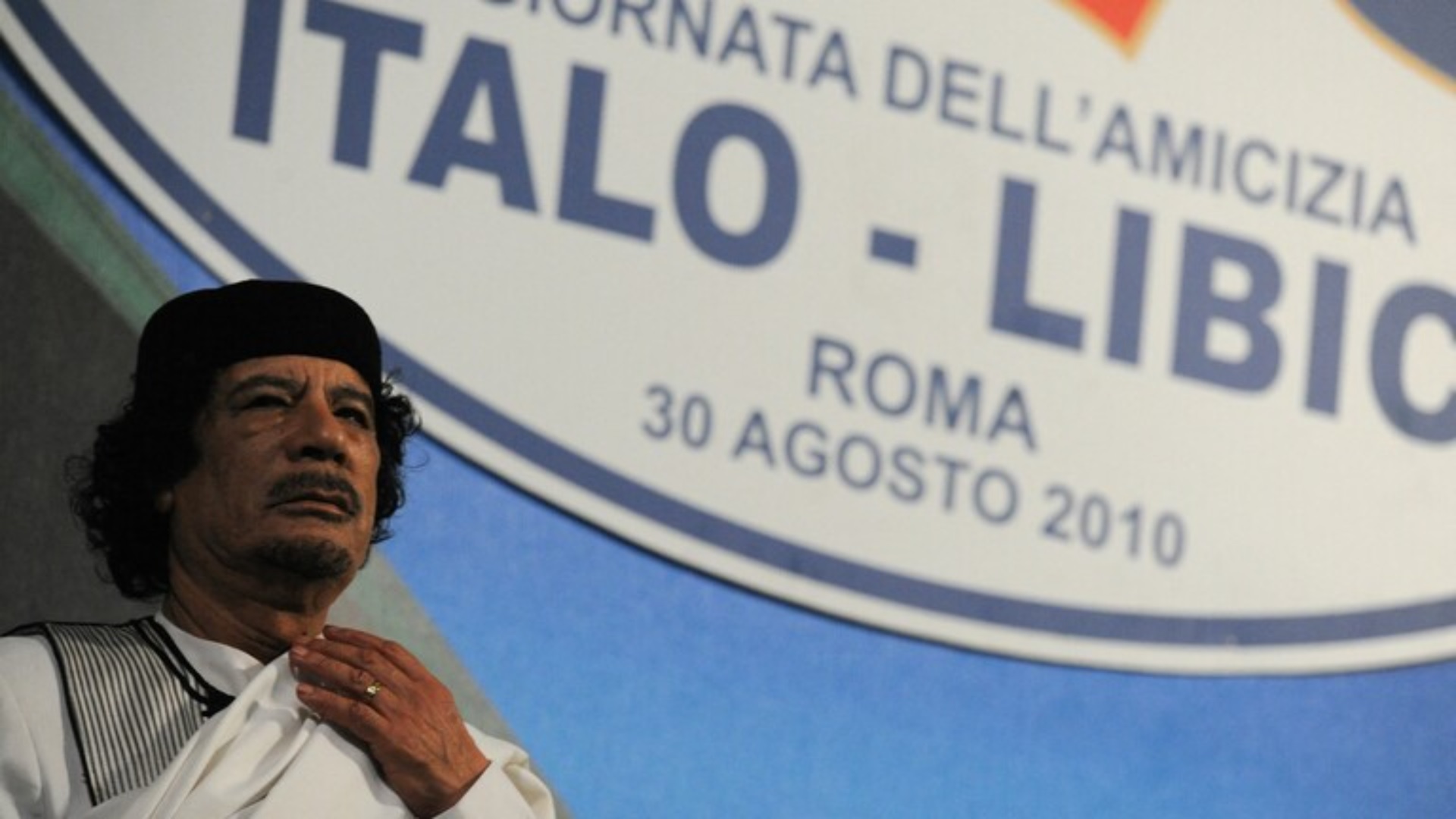 A Canadian magazine published a report entitled "NATO, Qaddafi and the Arab Spring", in which it was stated that the West aimed, through its military intervention in Libya, to remove an "eccentric leader" and ultimately secure access to oil.

A report published in the Canadian electronic magazine "mcgill international review" described the late Libyan leader Muammar Gaddafi as "a charismatic leader, but eccentric and unpredictable, and that he controlled Libya for 42 years."

From the outset the author of the report, drafted from a viewpoint that rarely appears in the Western media, concluded that “Gaddafi’s death was largely the result of foreign intervention rather than an indigenous uprising. NATO and its regional allies had a strong interest in the overthrow of Gaddafi, Which led to a very effective military campaign to end his regime."

Among the points highlighted in this report is that rebel groups during the fight against the Gaddafi regime were “often extremely violent and unpredictable.” According to Amnesty International, Libyan rebel groups were responsible for numerous human rights violations, including Ethnic cleansing, kidnapping and systematic killing of a black Libyan population, allegedly pro-Gaddafi West African mercenaries.

The Canadian magazine reported that many Libyans interviewed during that time stated that they "would rather live under Gaddafi's rule than remain under constant threat from rebel groups, because the Gaddafi regime was at least predictable."

In the author's narration called "Sage Potheer" of the allegations made against the Gaddafi regime during that campaign, it was pointed out what was rumored that "Gaddafi was using air power to attack the demonstrators, a claim that was later refuted by the US State Department and the International Crisis Group. Accordingly, Al Jazeera reported that Gaddafi’s soldiers were provided with Viagra and ordered to systematically rape civilian and rebel women, but an investigation by Amnesty International contradicted this claim, and the organization concluded that it had found insufficient evidence to support it.

The report monitored the late Libyan leader's relationship with the West, noting that Gaddafi, after coming to power, was "not very friendly and mistrustful of the West. The West wanted access to Libya's vast oil reserves, but Gaddafi's nationalist and enthusiastic stance made contracts out of reach. As a result, it was Western powers are interested in removing the dictator from power.Throughout the 1980s, the Reagan administration fabricated accounts of Gaddafi to provoke American public opinion and international actors against him, hoping to justify a coup or attack against him.Britain went so far as to cooperate and work with the Libyan Islamic Fighting Group, a A terrorist organization linked to al-Qaeda, to weaken Gaddafi's rule."

The Canadian magazine observed that in the early 2000s, Gaddafi began to "open the Libyan oil markets to the West, and make deals with the United States and various European countries. When he worked to thaw the economic relations, the West's relationship with Gaddafi changed greatly." Gaddafi was seen in Paris and New York shaking hands with prime ministers and celebrities, where he was given a warm welcome in their countries.

The report pointed out that this relationship of cooperation was "short-term, as the Gaddafi regime began to turn its back on its agreements with the West. After signing concessions with Libya, ExxonMobil and Total concluded agreements on unfavorable terms, as they were forced to pay billions of dollars to the Gaddafi regime. In In 2009, Gaddafi threatened to renationalize Libyan oil during a video lecture at Georgetown University. The regime blackmailed Italy, threatening to send large numbers of migrants across the Mediterranean if they did not agree to invest $5 billion in Libya.

The author of the report believed that the West found in the outbreak of the Libyan civil war an opportunity to “remove an eccentric leader and eventually secure access to Libyan oil,” noting in this context that former French President Nicolas Sarkozy, in an attempt to reassert the French presence in Africa, in addition to raising the His political situation was caught “using humanitarian planes to fly executives from big oil companies like Total to meet with rebel groups and make deals. Likewise, Britain has acknowledged the formation of a “Libyan Oil Cell” to strategize access to oil in the country, while Italy and Qatar have also tried Securing a positive standing with potential Libyan leaders, with the financing of the Libyan Interim Government, represented by the National Transitional Council.

Concluding a report on the so-called “Arab Spring” and the ensuing rebellion, the Canadian magazine said, “It came at an opportune time for the West to overthrow Gaddafi, who, in addition to being an erratic nationalist dictator, betrayed the West at the time and cost him millions of dollars. NATO contributed, Together with his regional allies, in removing him using his military, political and economic influence.NATO asserted that its intervention was purely humanitarian.In fact, it wanted to remove Gaddafi and finally gain access to Libyan oil.Their mission was widely successful, because Gaddafi's death is still seen as It is a (victory) of the Arab Spring and is not an example of illegal foreign interference."