Yemeni military sources said that battles, which they described as the fiercest, are taking place between the army and the Houthis in the city of Haradh in Hajjah Governorate, while the Saudi-led coalition launched new strikes on Houthi sites in several areas. 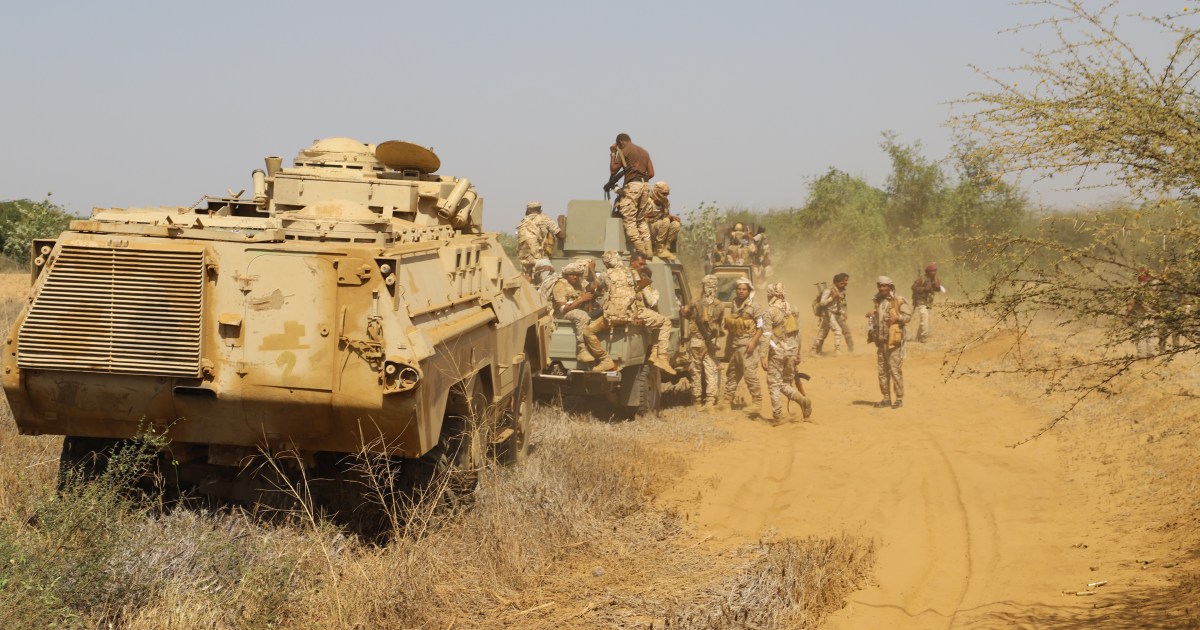 Yemeni military sources said that battles, which they described as the fiercest, are taking place between the army and the Houthis in the city of Haradh in Hajjah Governorate (northwest of Yemen), while the Saudi-led coalition launched new strikes on Houthi sites in several areas.

The Yemeni military sources added that the battles in the city of Hajjah coincided with the army's continued incursion into the city's neighborhoods.

And she added that the Houthis launched ballistic missiles targeting the south of Haradh, while the army forces penetrated from the southern and western sides of the city.

The same sources stated that the Houthis deliberately blew up the buildings after withdrawing from them to obstruct the army's progress, noting that the army forces repel from time to time Houthi attacks trying to break the siege on the city.

In parallel with the intensification of battles in Haradh, the commander of the Fifth Military Region, Major General Yahya Salah, called on the Houthis to surrender, stressing that they are completely surrounded in the city.

Earlier, sources in the Yemeni army had reported the killing of dozens of Houthi militants holed up in the city of Haradh as a result of artillery shelling and coalition raids.

The ignition of the Haradh front in Hajjah comes after the UAE-backed Giants Brigades regained the districts of Sailan and Bayhan, the last two strongholds of the Houthis in Shabwa Governorate (southeast of Yemen), and after the Houthis were expelled from several areas south of Ma'rib Governorate, which is east of Sanaa.

New strikes for the alliance

On the ground, the Saudi-led coalition announced yesterday evening, Saturday, that it had carried out 21 new air strikes against the Houthis in the governorates of Hajjah and Marib.

The coalition said that these strikes resulted in deaths among the Houthis, as well as the destruction of 13 military vehicles.

And coalition spokesman Turki al-Maliki said that the coalition’s joint forces command asks civilians to avoid using the roads leading to the city of Haradh in Hajjah, starting from dawn on Saturday until further notice because it is within the area of ​​operations, stressing that any movements on these roads will be subject to targeting.

For its part, Houthi media reported that the coalition warplanes launched 8 raids last night on the outskirts of Sanaa, referring to other raids on the governorates of Hajjah, Saada and Al-Jawf (north) and Marib (central).

Yemen has been in an ongoing war for about 8 years, and the fighting has escalated in the past weeks, and the Houthis have finally targeted the UAE with drones and ballistic missiles after they incurred losses in the Ma’rib and Shabwa governorates.