Britain's Queen Elizabeth II announced Saturday that she hopes Camilla, the wife of Crown Prince Charles, will bear the title of queen as the king's wife upon his accession to the throne, ending a long sensitive debate between the British. 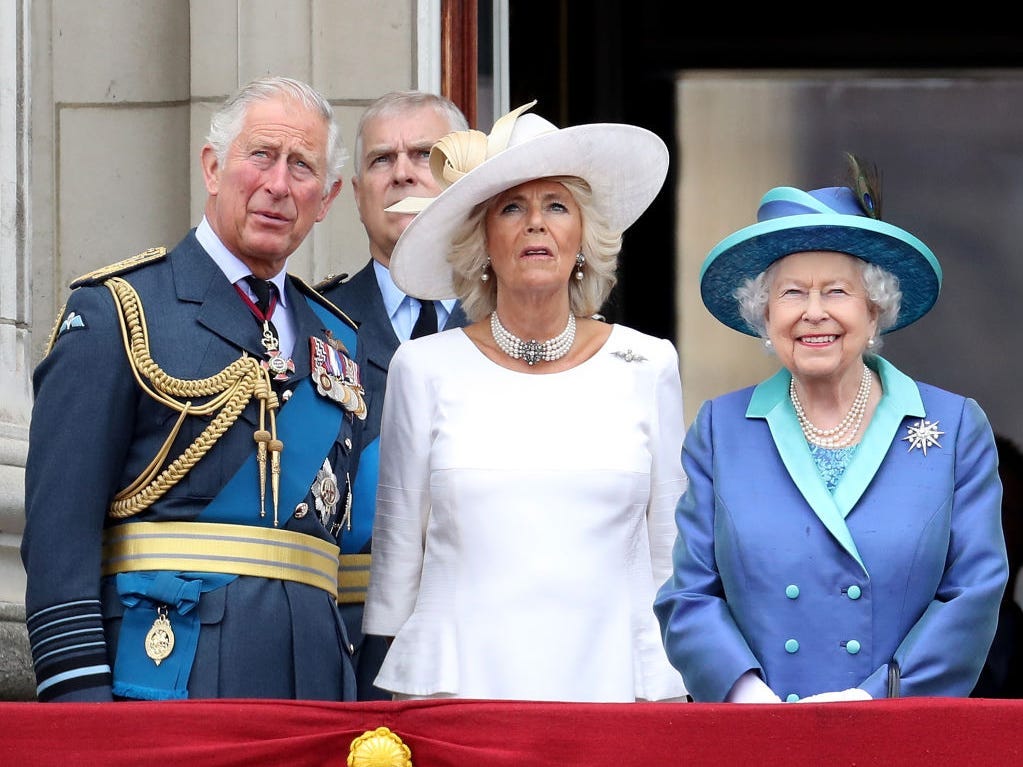 Britain's Queen Elizabeth II said Saturday that she hopes Camilla, wife of heir to the throne Prince Charles, will take the title of queen as the king's wife upon his accession to the throne, ending a long-running sensitive debate among Britons.

In a letter she wrote on the occasion of the 70th anniversary of her accession to the throne on Sunday, Queen Elizabeth, 95, expressed her "sincere hope" that Camilla would assume the status of Queen Consort when her son inherits the throne after her death.

"When my son Charles becomes king (...) I know that you will give him and his wife the same support that you gave me," she said in her message, according to the French news agency AFP.

The capacity chosen by Elizabeth II for her daughter-in-law is usually conferred on the husband or wife of the ruling monarch.

In theory, this allows Camilla to become queen.

The future of Camilla's title was the subject of long and fierce debate when she married Prince Charles in 2005. Advisers said at the time that she did not want the title of Queen but preferred the title "princess" in a precedent in the history of the British royal family.

The crown prince and Camilla had a civil marriage seven years after the death of Princess Diana, first wife of Prince Charles.

The Queen did not attend the wedding, to which she coolly agreed, but organized a reception for the couple.

Camilla, 74, who has held the title of Duchess of Cornwall since her marriage to Charles, has long remained unpopular with many Britons, who were considered responsible for the collapse of the legendary marriage of Prince Charles, who was his mistress during his association with Princess Diana.

She was never given the title Princess of Wales, which was held by Diana.

But Queen Elizabeth II has become over the years respect for this woman who was the great love in Charles' life.

With her loyalty to the throne, she became one of the pillars of the royal family, with the ensuing obligations.

Gradually she won the hearts of the British with her simplicity and calm.

And at the beginning of this year, the Queen awarded her the highest honor for British equestrian in recognition of her growing position within the monarchy.

Queen Elizabeth II has largely withdrawn from public life since she developed health problems in October.

In her appearance on Sunday on the occasion of the anniversary of her accession to the throne, she appeared weak and walking slowly.

"As we celebrate this anniversary, I am pleased to renew the promise I made in 1947 that my life would be entirely devoted to your service," the Queen said in her message.

She expressed her "hope and optimism" for this year's Platinum Jubilee.

She added: "The past seven decades have witnessed extraordinary social, technological and cultural progress that we have all benefited from, and I am confident that the future will provide similar opportunities for all of us, especially for younger generations in the UK and the Commonwealth."

The letter was signed in her hand with the name "Your Servant Elizabeth R".

The Queen, whose husband died last April, will spend Sunday at the royal Sandringham Palace, as is the case every year, on the anniversary of her accession to the throne on February 6, 1952, the date of the death of her father, King George VI.