CAN: the eternal Egypt or the first of Senegal?

The Egyptian "Pharaoh" with seven crowns and the hungry Senegalese "Lion" in search of a first trophy are competing for the 33rd CAN final, guided by the two best players in Africa, Mohamed Sa... 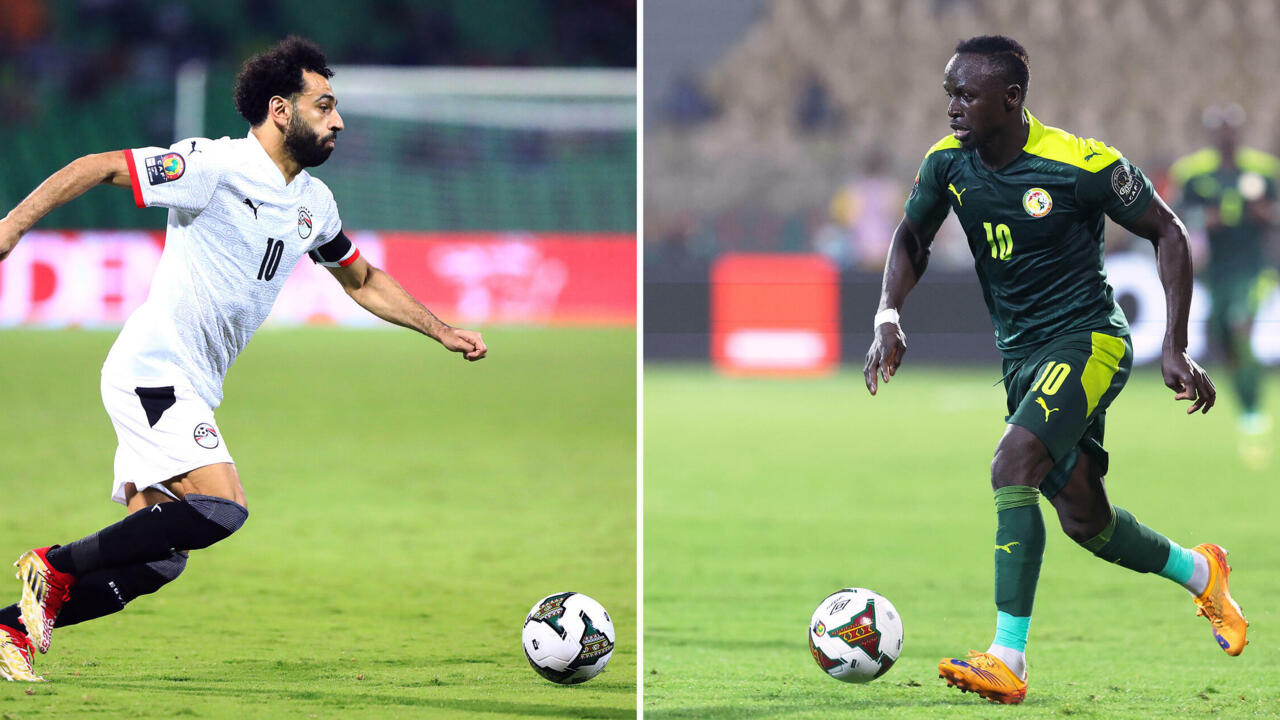 And the poster will then be played again in Cairo and Dakar in March for an explosive barrage towards the World Cup!

Presentation of the 2021 Africa Cup of Nations final, Senegal vs Egypt on February 6 in Yaoundé, Cameroon Vincent LEFAI AFP

The haughty Egypt intends to extend its reign, after having eliminated only favorites on its way, after three extensions and two penalty shootouts - Côte d'Ivoire (0-0, 5 pens to 4) , Morocco (2-1 ap) and Cameroon (0-0, 3 pens to 1), host country.

His coach Aliou Cissé lost both, one as a player, the other as a coach, and hopes to finally touch the cup.

Senegalese coach Aliou Cissé comforts defender Salif Sané after the 1-0 defeat against Algeria in the final of the African Cup of Nations on July 19, 2019 in Cairo Khaled DESOUKI AFP / Archives

His team's run in the knockout stages was less torturous, against Cape Verde (2-0) reduced to nine, Equatorial Guinea (3-1) and Burkina Faso (3-1).

But the two finalists have one thing in common: they started the competition very slowly, to the point of casting doubt on their status as favourites.

Egypt lost outright against Nigeria (1-0) and then with difficulty dismissed the weak Guinea Bissau and Sudan (1-0 both times).

Senegal had a very sluggish first round with only one goal, a penalty from Mané at the last second, against Zimbabwe (1-0) and two 0-0 against Guinea and Malawi.

But the machines got going, guided by their two brilliant N.10s, teammates in Liverpool.

In addition to the red jersey, Salah and Mané share the pain of a lost CAN final, the Egyptian in 2017 against Cameroon (2-1) and the Senegalese in 2019.

If Egypt and Senegal have found their rhythm, they owe it to the science of their coaches, two fine tacticians who have influenced the destiny of their teams.

Carlos Queiroz overturned the very badly started semi-final against Cameroon by bringing in his joker, Mahmoud Hassan "Trezeguet", who rebalanced the midfield.

The Portuguese coach of Egypt Carlos Queiroz celebrates with striker Mohamed Salah, the qualification of the Pharaohs for the final of the African Cup of Nations, after their victory (0-0, 3-1 pens) against Cameroon , February 3, 2022 in Yaoundé Kenzo Tribouillard AFP / Archives

Excluded, the Portuguese technician is suspended for the final, but "even if he is absent, he has laid down well-established working principles, we know what we have to do", reassures his deputy Diaa al-Sayed.

"He's a great coach, he has a long experience, he participated in World Cups (2014 and 2018 with Iran), everything is perfectly organized."

The Fatigue of Egypt

In this clash between expatriate and "local" coaches, Queiroz has only been there for five months when Aliou Cissé has shaped his team for six years and led it to a second straight final.

He too won the decision through changes, with the entries of Cheikhou Kouyaté and Ismaïla Sarr in the semi-finals, for example.

Fatigue could well be one of the keys to the game, Egypt has one day less of recovery and has played virtually one more game with its three extensions.

Egyptian striker Mostafa Mohamed, in the fight with Moroccan defender Achraf Hakimi, during their quarter-final of the African Cup of Nations, January 30, 2022 in Yaoundé CHARLY TRIBALLEAU AFP / Archives

The "Pharaohs" would have even fantasized that the final would be postponed to Monday!

There is not an old and great rivalry between the two teams like Lions of Teranga and Pharaons can maintain one with Cameroon, for example.

They only met four times at the CAN.

But this time the continental title is at stake, before a world revenge...