A senior US State Department official said that President Biden's administration has restored Iran's exemption from "nuclear sanctions", with indirect talks between Washington and Tehran on returning to the 2015 nuclear agreement entering the final stage. 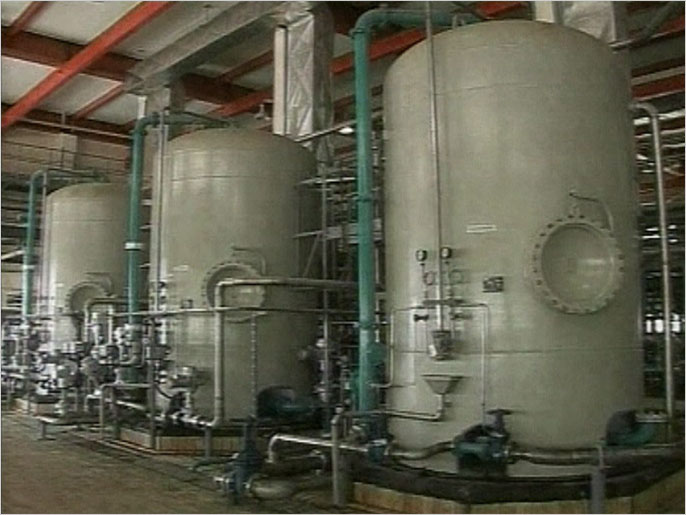 A senior US State Department official said that the administration of President Joe Biden restored, on Friday, Iran's exemption from "nuclear sanctions", as indirect talks between Washington and Tehran on returning to the 2015 nuclear agreement entered the final stage.

The US move comes a day after the European Union announced that nuclear negotiations with Iran would resume in Vienna next week, while Tehran expressed its readiness to reach a "good and sustainable" agreement.

The official added that lifting some sanctions comes to enable a third party to participate in non-proliferation projects in Iran, explaining that detailed technical discussions on Iran cannot be held in the absence of this exemption from those sanctions.

But Washington stresses that this is "not a concession to Iran" nor is it a sign that it is about to reach a consensus, to save the 2015 agreement that is supposed to prevent Iran from developing an atomic bomb.

Trump unilaterally withdrew in 2018 from the nuclear agreement and re-imposed most of the US economic sanctions on Tehran, and in May 2020 also canceled the "nuclear waivers."

These exemptions relate in particular to the Tehran research reactor and the heavy water reactor in Arak, which has been converted under the eyes of the international community in a way that makes it impossible to produce plutonium for military use.

After Trump withdrew from the nuclear deal in 2018 and re-imposed severe sanctions, Iran gradually began to violate the nuclear restrictions stipulated in the agreement.

The United States and Iran have held eight rounds of indirect talks in Vienna since April with the aim of restoring the agreement that lifted sanctions on Tehran in return for restrictions on its nuclear program.

A US official told reporters last Monday that the recent talks in Vienna were "among the most intense so far," noting that some progress had been made on narrowing differences and that it was time for political decisions.

Consultations with the Gulf

In a related context, Daniel Benaim, Deputy Assistant Secretary of State for the Arabian Peninsula Affairs, said that the US special envoy to Iran, Rob Malley, had contacts yesterday morning with officials in each of the Gulf Cooperation Council countries, in which he informed them about the nuclear talks in Vienna. He consulted with them about what might happen if the diplomatic track in Vienna failed.

Benaim added in an interview with Al-Jazeera that he was part of that dialogue, which he described as serious and reflecting the depth of partnership and respect.

He revealed that Rob Malley went to the Gulf twice last fall and visited Saudi Arabia, the UAE, Qatar and the headquarters of the Gulf Cooperation Council and held talks with all the GCC countries over a period of two days.

Axios quoted the Qatari minister as saying that the failure of the nuclear agreement means seeing an arms race in the region, and this is what Doha does not want.

Revival of the agreement

Iran is in talks to revive the agreement on its nuclear program signed in 2015 with the powers that are still affiliated with it (France, Britain, Germany, Russia and China).

The United States is indirectly involved in it.

The Vienna negotiations began last April to revive the Iranian nuclear agreement, and after being suspended for about 5 months starting in June, they were resumed in late November 2021.

Tehran stresses the priority of fully lifting the sanctions that Washington re-imposed on it after the latter's withdrawal from the agreement, and obtaining guarantees that this withdrawal will not be repeated.

On the other hand, the United States and European powers are focusing on the importance of Iran's return to fully respecting its commitments under the agreement, which it began to retract in 2019 in response to Washington's unilateral withdrawal.