Presidential: remote duel between Zemmour and Le Pen while waiting for Macron

Eric Zemmour at a meeting in Lille, Marine Le Pen in Reims: the two far-right candidates are engaged in a remote duel on Saturday to try to install a dynamic in their favor, while the cam… 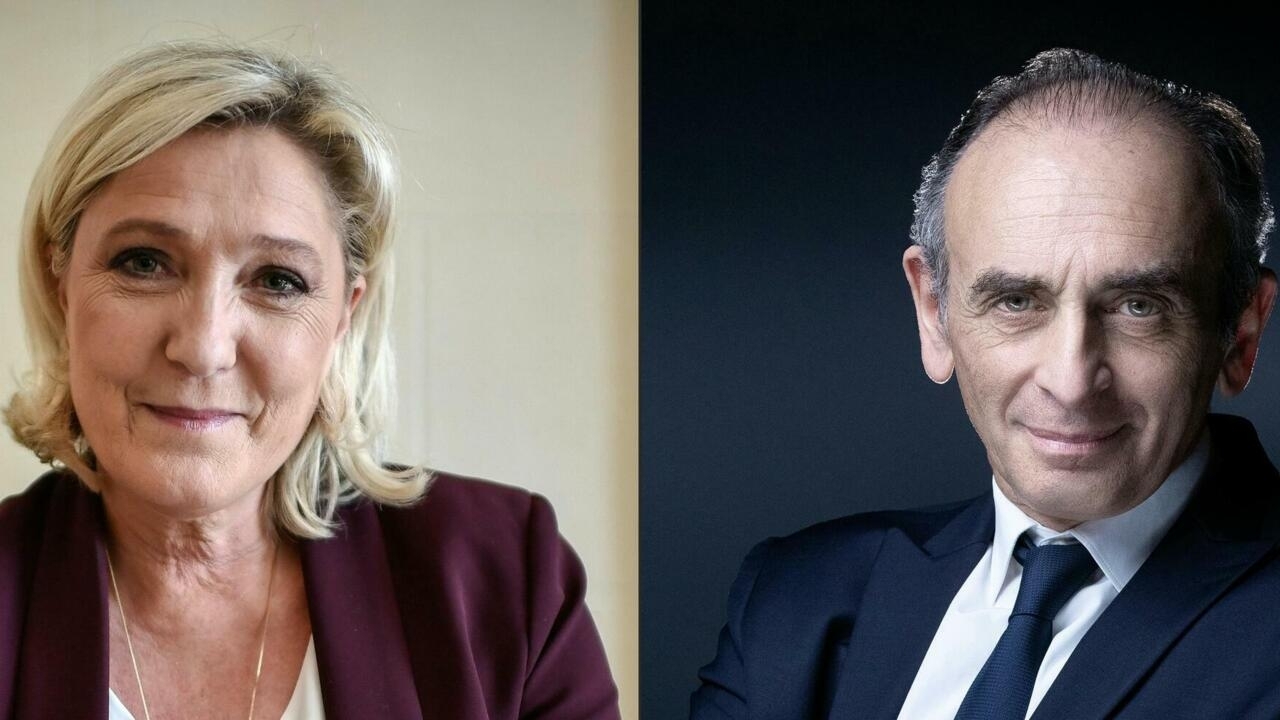 Promised sworn, the timing - almost simultaneous - of the two gatherings was not done on purpose, it is argued in the two camps, which on this occasion target two different enemies: Emmanuel Macron for Marine Le Pen and Valérie Pécresse for Eric Zemmour.

"Weary of noise and fury", Marine Le Pen intends to insist on "concrete solutions" during her "presidential convention" in Reims, where 3,000 activists are expected.

Despite the departure of three MEPs and a few regional advisers at Eric Zemmour, the time is for "efficiency" and "serenity", affirms the candidate of the National Rally, in second position in the polls behind Emmanuel Macron, just ahead of Valérie Pécresse .

A video message of support from Hungarian Prime Minister Viktor Orban, who received it in the fall, could be broadcast in Reims as a pledge of "seriousness".

As for Eric Zemmour, "he is behind, he is not qualified, we are not going to outbid him", swears his camp who seeks more to wake up the duel of 2017 against Emmanuel Macron.

The RN candidate could not help but attack her rival in Le Figaro again, reproaching him for his "communitarianism" and attracting "sulphurous" characters, "come and then left" from the former National Front : "traditionalist Catholics", "pagans, and some Nazis".

She "will end up president of SOS Racisme", quipped MEP Gilbert Collard, one of the defectors from the RN, while a sponsorship granted to Eric Zemmour by an elected RN divided the party in Marseille.

Eric Zemmour will be in the afternoon at a meeting at the Grand Palais in Lille, for a second show of force after the meeting on December 5 in Villepinte which had been marked by violence.

Around 8,000 supporters are expected there.

Two demonstrations are planned in Lille against the arrival of the candidate Reconquête!: the first at the end of the morning at the initiative of SOS racism, where 1,000 demonstrators are expected, and the second at the beginning of the afternoon, with 800 "antifas" including "200 ultras" according to a police source.

Eric Zemmour (d) and Gilbert Collard (g) at the Palais des Victoires in Cannes, in the Alpes-Maritimes, on January 22, 2022 BERTRAND GUAY AFP

To prevent "any risk of excesses and clashes", between 250 and 300 members of the police will be mobilized, "a substantial device but not of exceptional magnitude either", indicates another police source to AFP .

Mr. Zemmour, who claims not to be at "war" against Marine Le Pen, should focus his intervention on purchasing power while targeting Valérie Pécresse, whose dynamics started in December after the LR congress frayed in January .

“She is the most fragile” among the contenders in the second round, justifies the camp of Mr. Zemmour who multiplies on social networks the attacks against the president of the Ile-de-France region.

On the left, Anne Hidalgo, whose difficult campaign is called into question by PS executives, meets at the end of the morning a national support committee chaired by former Prime Minister Bernard Cazeneuve.

Friday evening, the First Secretary of the PS Olivier Faure also announced that he had tested positive for Covid-19, and therefore canceled his "next trips and appointments".

Fabien Roussel is holding a big meeting in Marseille on Sunday, his first since the publication of his program "La France des jourshappys" on January 24.

In the meantime, the campaign is still suspended on the announcement of the candidacy of Emmanuel Macron, who still explained a few days ago "to be obsessed that the acute phase of the epidemic and the peak of the current geopolitical crisis are behind us" before officially launching.

The head of state is expected Monday in Russia to meet Vladimir Putin, and Tuesday in Kiev to discuss with his Ukrainian counterpart.

What delay a little more the start of this campaign.