"Indignation", "shame", "cowardice": A sculpture in tribute to the Emir Abdelkader was vandalized before its inauguration on Saturday in Amboise (Indre-et-Loire), where the Algerian national hero was detained from… 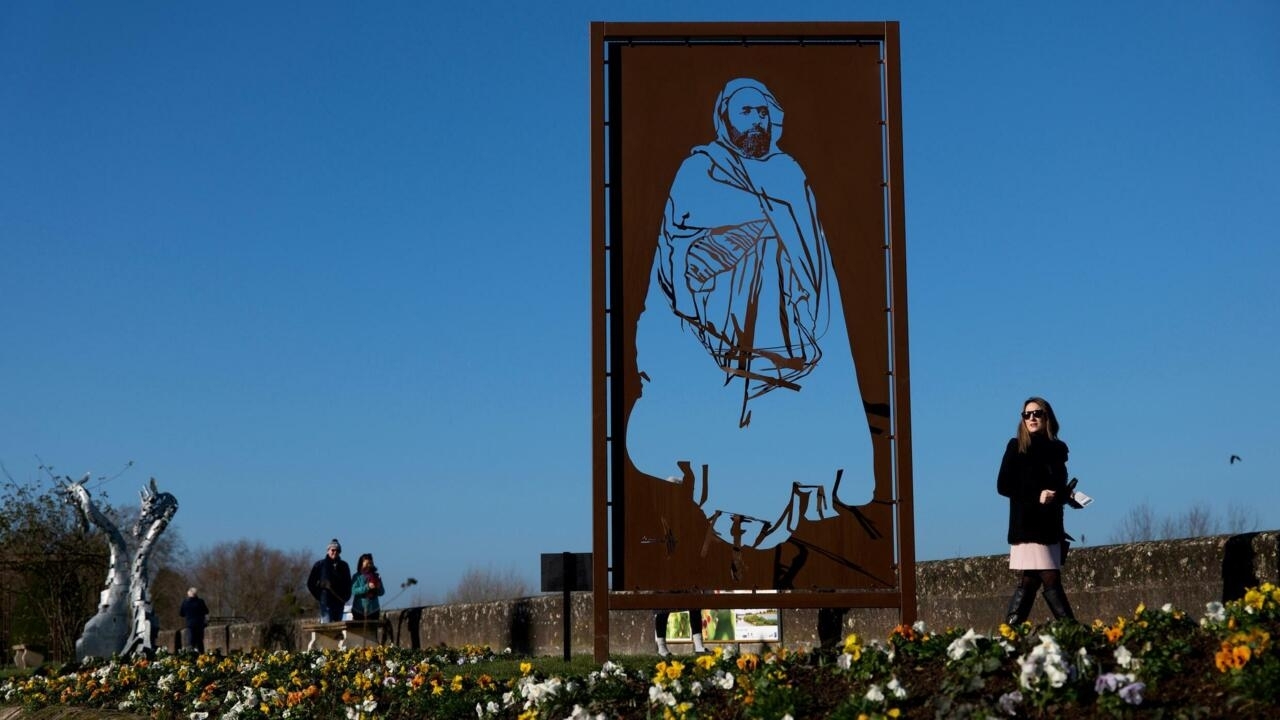 This work for the 60th anniversary of Algeria's independence was proposed by historian Benjamin Stora in his report on "Memorial questions relating to colonization and the Algerian war", submitted to Emmanuel Macron in January 2021 .

Shortly before the ceremony scheduled for 11 a.m., passers-by and the hundred or so people present discovered that the work entitled "Passage Abdelkader", signed by the Touraine artist Michel Audiard, representing the Emir cut out of a sheet of rusty steel, had been largely degraded in the lower part of the structure.

"The work was in perfect condition since it was put in place ten days ago. The municipal police noticed this morning, a little after 8 a.m. the damage. There is no claim," he told AFP. Gendarmerie Squadron Leader Hugues Loyez.

The prosecutor of Tours Grégoire Dulin announced the opening of an investigation for "serious degradation of property intended for public utility and belonging to a public person".

If the inauguration of the stele was maintained, the mayor of Amboise Thierry Boutard (DVD) expressed his "indignation".

"I was ashamed that we treat a work of art and an artist of this kind. The second feeling is of course indignation. It is a day of harmony that must unite and such behavior is unspeakable", he told AFP.

"It's a politically tense period or that some like to stretch. (...) We will resist against these slanderous words, these unspeakable acts, often tinged with intolerance and racism", he added.

The artist Michel Audiard confided his pain to see his work partly destroyed.

The artist Michel Audiard in front of his sculpture "Passage Abdelkader", representing the Emir Abdelkader, vandalized before its inauguration, on February 5, 2022 in Amboise, Indre-et-Loire Guillaume SOUVANT AFP

"It's really a premeditated rampage. You need a grinder, you have to cut, you have to twist. It's an act of cowardice (...) it's not signed, it's free. We were there to celebrate an emblematic character in tolerance and there it is an intolerant act. I am appalled, "he said.

the work will be "redone"

The mayor also indicated that the work would be "restored and redone".

The artist estimated that the sculpture could be redone within a month.

On the banks of the Loire, under a sunny sky, the hundred people present at the inauguration had a heavy heart when this day was to be placed under the seal of the reconciliation of France and Algeria.

The mayor of Amboise, Thierry Boutard (DVD) makes a statement during the inauguration of the sculpture "Passage Abdelkader" by artist Michel Audiard, representing the Emir Abdelkader, vandalized, on February 5, 2022 in Amboise, Indre- et-Loire, Guillaume SOUVANT AFP

"It was done with a grinder, they are not children, it's a shame and at the same time it's not surprising with the hate speech, the current nauseating climate", said Ouassila Soum, Franco-Algerian 37 years old, seeing in this stele "a symbol of rapprochement between peoples and civilizations".

The Algerian ambassador to France Mohamed Antar Daoud denounced for his part "an act of vandalism of unspeakable baseness".

“We have to overcome that (…). The Franco-Algerian rapprochement continues. There is a dynamic, a desire on both sides to move forward”.

Emir Abdelkader ibn Mahieddine is a figure in the history of Algeria.

The one who was nicknamed "the best enemy of France" played a big role in the refusal of the French colonial presence in Algeria.

He is considered one of the founders of modern Algeria.

After his surrender, he was imprisoned in Pau, Toulon, then in the Château d'Amboise from 1848 until his release in 1852. This "bridge man" as Benjamin Stora calls him, then went into exile in Damascus, where he distinguished himself. in 1860 by defending the Christians of Syria, prey to persecution.

This act will make him a symbol of tolerance.

He will be awarded the Grand Cross of the Legion of Honor.