How did it transfer ownership from Egypt? Tel Aviv reveals that the plane that took Gantz to Bahrain had brought Sadat to Israel 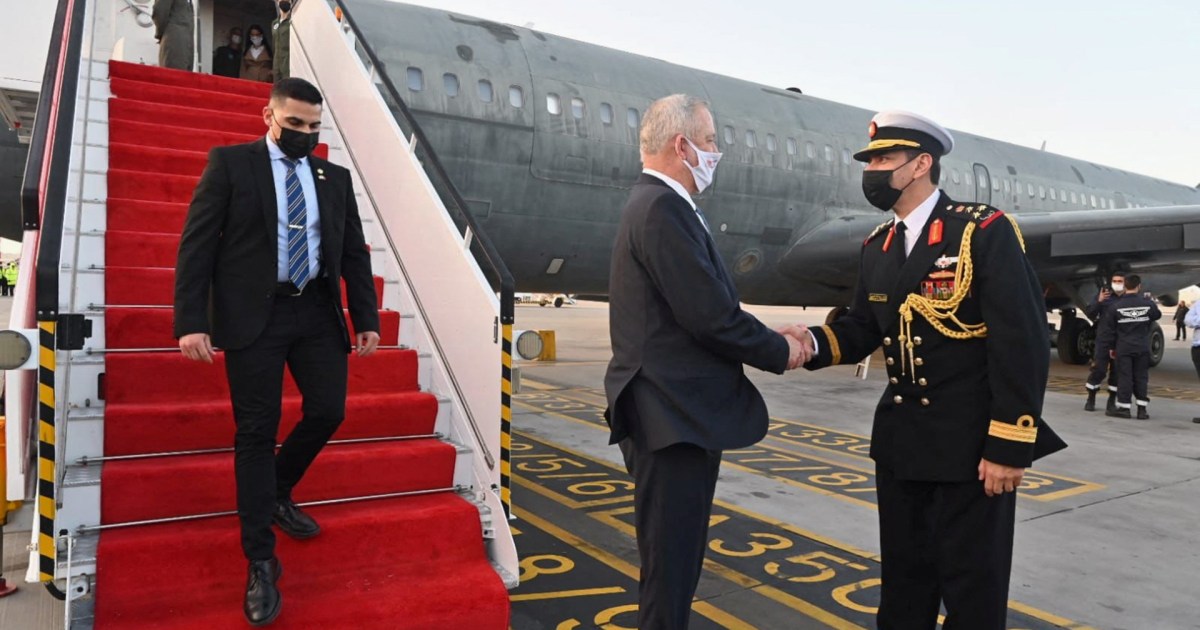 The Israeli spokesman added that the plane 295 belonged to the squadron of desert giants in the Israeli Air Force.

And Hebrew media said that the Israeli Air Force bought the Egyptian presidential plane in 2011 from a Slovenian civil airline.

The Israeli media did not explain the symbolism of Gantz's use of this plane on his previously unannounced trip, for reasons described by the media as security.

The Times of Israel news website says that the plane that carried Gantz on his first official visit to Bahrain was the Boeing 707 that Egyptian President Anwar Sadat had used on his historic trip in 1977, officially initiating the peace process between Egypt and Israel. .

And about how this plane reached the Israeli Air Force, the website said that "in 2005, the Egyptian army sold the plane to a civilian airline, which sold it to the Israeli Air Force in 2011, which converted the passenger plane into a (fueled plane), and it is still in use today."

The same information coincided with what was published by the Israeli newspaper "Jerusalem Post", which said that "the plane was originally in use by the Egyptian Air Force, and landed for the first time in Israel in 1977 with Egyptian President Anwar Sadat on board, who came to start peace process with Israel.

"Israel bought the plane in 2011 from a civilian company, and put it into service with the 120th Squadron of the Air Force," she added.

The Israeli newspaper Yedioth Ahronoth (Ynet) confirms the same information, saying, "The Boeing 707 on which the Minister of Defense arrived (to Manama) has a distinguished past."

"Since Egypt first bought it in the fifties (of the last century), it was marked with the tail number 01 and served the Egyptian president," she adds.

She notes that on "November 19, 1977, the plane landed at Lydda Airport (Ben Gurion) with Egyptian President Muhammad Anwar Sadat on board, on his first historic visit to Israel, which launched the peace process between bitter enemies."

She adds that "in 2005, the aircraft was converted for commercial use by the Slovenian Refueling Service (Omega Air) before being put into service in the 120th Israeli Air Force Squadron in 2011."

Egypt did not issue an official comment on what the Israeli newspapers reported.