Due to the peculiarities of "omicron": Russia canceled isolation for those who had contact with sick COVID-19

In Russia, isolation is canceled for people who have been in contact with those infected with coronavirus. The head of the department, Anna Popova, explained earlier that due to the peculiarities of the spread of the "omicron", the restriction of contacts loses its meaning. In addition, the operational headquarters announced the cancellation of quarantine for COVID-19 in the capital's school classes and groups of kindergartens - the basis for transferring to remote mode will be the absence of 20% or more of children with coronavirus. 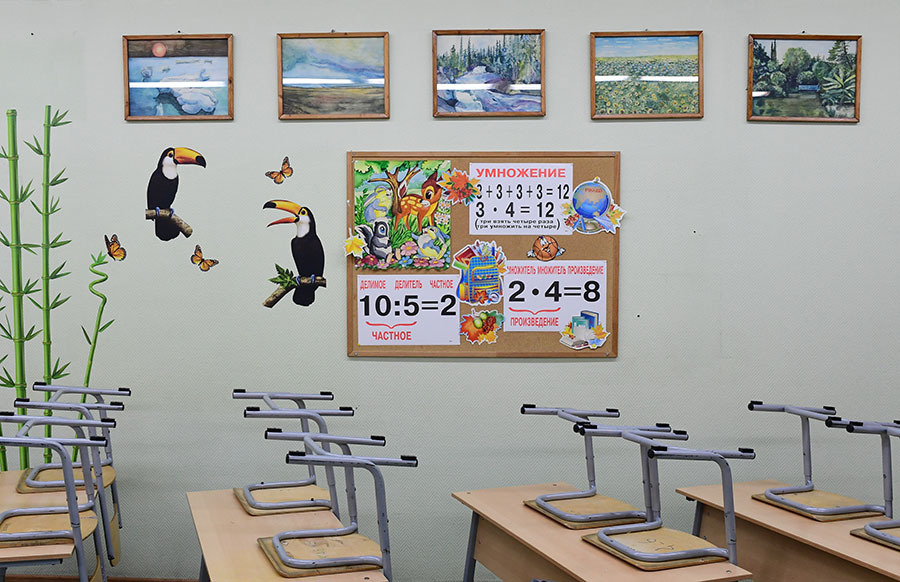 In Russia, isolation is canceled for people who have been in contact with those infected with coronavirus.

This is stated in the decision of the chief sanitary doctor of the Russian Federation Anna Popova.

Rospotrebnadzor clarified that the department's decree comes into force on February 6.

“At the same time, since the norm is of a procedural nature, it also applies to those who were isolated before February 6, 2022 as a contact,” the ministry said.

For those who are already in isolation due to contact with a sick person, after February 6, it is canceled.

The head of the department, Anna Popova, explained earlier that, due to the peculiarities of the spread of the "omicron", the restriction of contacts does not make sense.

According to her, in the country 17-20% is the proportion of carriers, and in Moscow it is 40% of people without symptoms who are considered infected.

“With such a wide spread of the virus in the population, special actions to limit contacts become meaningless.

This is important for infections that cause a different epidemiological process, for measles and others, ”she said.

Rospotrebnadzor also excluded the wearing of gloves from the list of anti-epidemic measures during the pandemic.

The measure was removed from paragraph 4.4 of the relevant resolution of the chief sanitary doctor.

In addition, according to the decision of the department, now if the treatment of a patient with coronavirus lasts more than seven days, then he does not need a negative test for discharge.

“The discharge of patients for employment (training) ... is carried out without a laboratory examination for COVID-19, if the treatment time is seven or more days,” the document says.

In addition, the headquarters for combating COVID-19 announced the abolition of quarantine for COVID-19 in the capital's school classes and kindergarten groups.

The decision is related to the decision of Rospotrebnadzor on the abolition of isolation for contact persons.

“This decision also applies to school classes and groups of kindergartens in which quarantine was established earlier,” RIA Novosti reported.

Face-to-face classes for groups that were in quarantine will resume on February 7 and 8, but at the initiative of parents, the current quarantine can be extended.

At the same time, Rospotrebnadzor reported that school classes of schools and groups of kindergartens will now be transferred to distance learning in the absence of 20% or more of the children in the team due to infection.

Changes in the rules are associated with the peculiarities of the course of the disease "omicron", similar to SARS.

“Previously, one child with a coronavirus infection was enough to take a group or class to a distance,” the message says.

Gabrichevsky Rospotrebnadzor Tatyana Ruzhentsova specified that with the disease "omicron" the incubation period of the disease is reduced: now it averages 2-3 days, sometimes 5-7 days.

“Due to the fact that the disease is now ending much faster, we saw the possibility (and this is in the decision) to reduce the observation period for those who have symptoms, for those who get sick,” Interfax quotes her.

In turn, Alexander Gorelov, Deputy Director for Research at the Central Research Institute of Epidemiology of Rospotrebnadzor, said that observations and studies show the changed nature of the epidemic process due to the spread of "omicron" - it manifests itself in a rapid increase in the number of cases, moderate severity of the disease and high prevalence of the pathogen.

Meanwhile, the government approved the allocation of an additional 600 million rubles for the salaries of doctors who remotely consult citizens with COVID-19.

This is stated on the website of the Cabinet.

They noted that an increase in the number of such health workers "will allow timely provision of medical care to patients ... on an outpatient basis and dynamic monitoring of such patients."

Infection of the President of Turkey

Turkish President Recep Tayyip Erdogan has said he and his wife have tested positive for the omicron coronavirus.

“Today, our COVID-19 test, which my wife and I did after mild symptoms, came back positive.

Fortunately, the disease, as we learned, is mild,” Erdogan said.

He added that he intends to continue working from home.

Turkish Health Minister Fahrettin Koca said that the state of health of the president and his wife is good enough and does not interfere with their work.