Boris Johnson tries to contain the "disaster" in Downing Street

Boris Johnson made an effort to contain the "disaster" in Downing Street, with five resignations in a row, and summoned his staff to convey a message of calm in ... 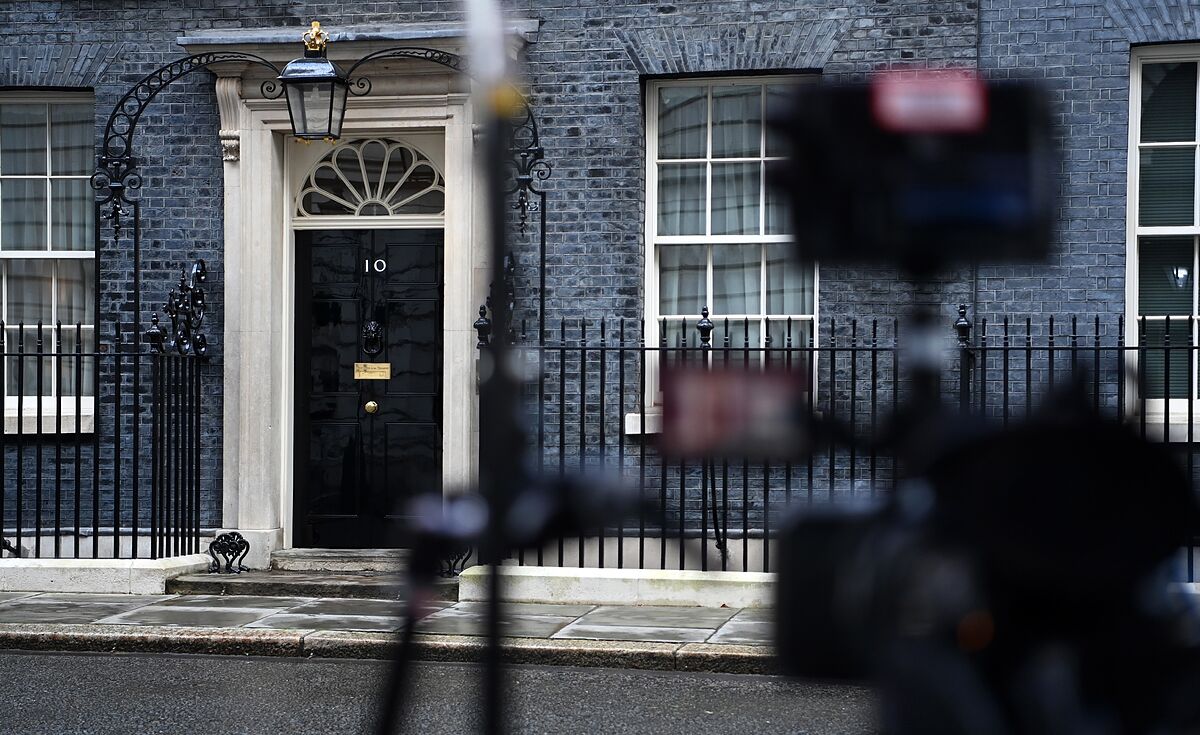 Boris Johnson made an effort to contain the "disaster" in Downing Street, with five resignations in a row, and summoned his staff to convey a message of calm in the midst of the storm.

"Change is good," he said, paraphrasing the baboon Rafiki from

, while simultaneously projecting the image of being in command of the situation and forcing the exodus of the main players involved in

"We are in the half-time talk of a rugby match,"

said to his remaining advisers, according to

. "This is the time to spit out the chewed-up orange peel and put on a new gum guard to hit the field. That's what we're doing."

The fifth resignation, that of the

boxer Elena Narozanski, until Friday a member of the Political Unit of Number 10, however, caught the conservative leader off guard.

Narozanski followed in the footsteps of her former boss Munira Mirza, who on Thursday said goodbye to Johnson by lashing out at his

The sudden resignation of Munira Mirza apparently precipitated Johnson's own plans to purge his team and get rid of the main people involved in the 'Partygate', starting with his personal secretary Martin Reynolds (the same one who sent a hundred guests the "bring your own bottle" message to the party held on May 20, 2020).

Communications chief Jack Doyle, whose departure had been speculated for some time, resigned citing "the terrible toll I have had to pay on my family life" as a result of the scandal.

Chief of Staff Dan Rosenfield also left his post amid criticism for failing to build a strong link between Johnson and his own party in Parliament.

According to Downing Street sources, the

had planned to announce major changes to his team from next week, in response to the internal investigation by senior civil servant Sue Gray, which condemned

"the failure of leadership at all levels"

and the "excessive alcohol consumption" in the Prime Minister's offices.

The sudden resignation of Munira Mirza, who had been working with Johnson since his time as mayor of London, however precipitated the "clean-up operation" late on Thursday afternoon. In fact, the cascade of resignations forced by the prime minister himself served to contain the impact of Mirza's departure, who accused him of having sunk too low for his references to "the horrible case of child abuse" by BBC presenter Jimmy Savile .

debate , Johnson claimed that Labor's Keir Starmer had been "going after journalists instead of framing Jimmy Saville" during his time as attorney general.

rectified on Thursday and acknowledged that Starmer had no personal responsibility in that case, after the reprimand received among others by his Treasury Secretary Rishi Sunak, who acknowledged on Thursday: "I would never have said that publicly."

Sunak distanced himself from Johnson at least twice throughout Thursday, fueling speculation that he intends to jump ship and run his own bid as leader of the Conservative Party.

The resignation of Munira Mirza, also considered close to his political circle, also gave rise to the thesis that Sunak was already forming his own team.

The "disaster" in Downing Street coincided with the crisis in Northern Ireland, following the resignation of unionist Paul Givan as chief minister, and with the announcement that the electricity bill may rise by more than 700 euros this year for millions of British, with the rising cost of living displacing the pandemic as the biggest national concern amid the political uncertainty created by

MPs remain loyal to the

, and only seven have so far acknowledged writing letters to the 1992 Parliamentary Committee calling for a motion of no confidence.

on Friday and confirmed having sent the letter of censure to Johnson.

," said former Conservative Party chairman Chris Patten, who warned that his "injurious attack" on Keir Starmer on behalf of Jimmy Savile could be " his last act. The former Labor leader accused Johnson of being "a stain on our politics" and criticized his decision to "throw his collaborators overboard to save himself".

Andrew Marr, former BBC star presenter, assured for his part that "it is difficult to imagine a character innately less qualified, by temperament and personality, to lead a country in the face of a crisis like Covid."

"But Boris Johnson will fight and fight like an albino gorilla,"

he predicted, "to save the leader he adores most: the one he sees every morning when he shaves in the mirror."