Varapalo for the Ciudadanos campaign: Francisco Igea tests positive and must be confined for a week

Bad news for Citizens. His candidate in the Castilla y León elections, Francisco Igea, has tested positive for Covid and will have to confine himself at home for at least a week.... 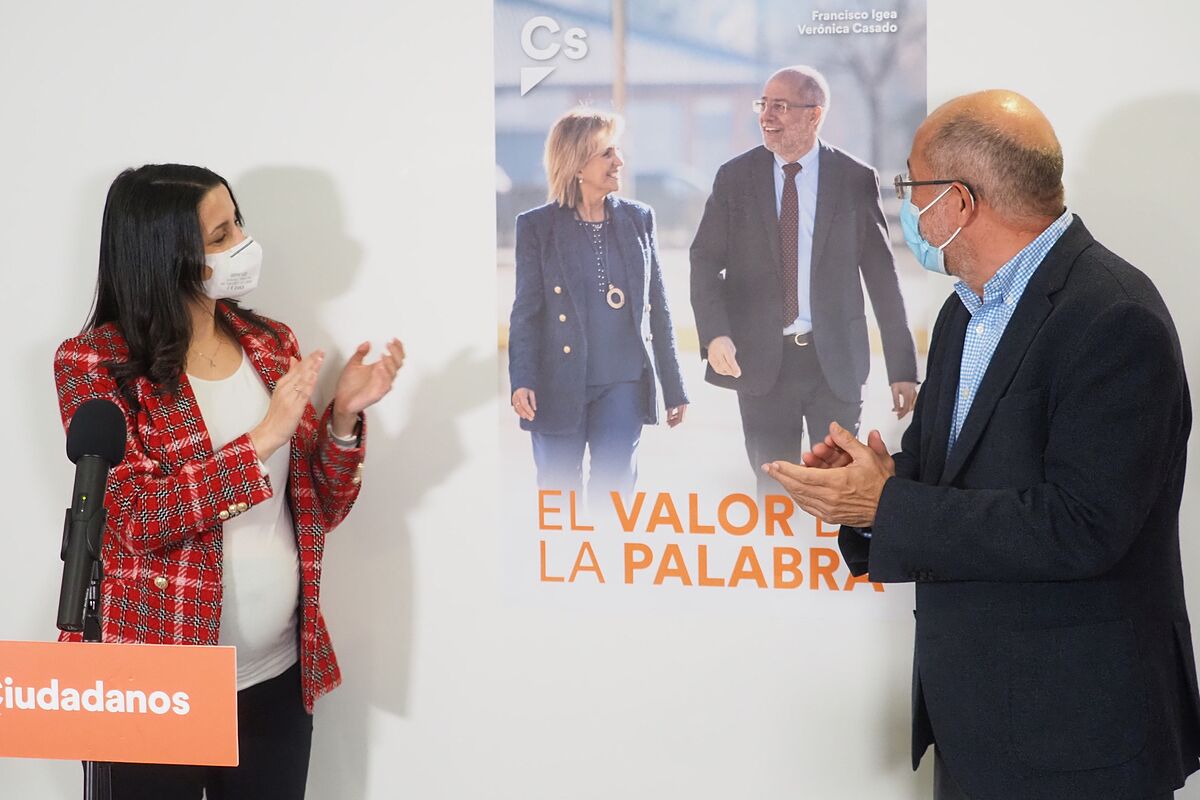 His candidate in the Castilla y León elections,

, has tested positive for Covid and will have to confine himself at home for at least a week.

This setback blows up all the campaign plans of the

party and will force him to reinvent himself to continue launching messages from his confinement.

Despite this positive, Igea is guaranteed its participation in the two electoral debates of the campaign, where the liberal party has high hopes for its final result on 13-F.

It is not the same as being present on the television set, but the Ciudadanos candidate has at least the right to participate electronically.

This was preemptively estimated by the Electoral Board of Castilla y León in a resolution on the debates for this electoral event.

It established that if a candidate was infected by Covid, his right to participate would not be altered and he could do so from his confinement and confront Alfonso Fernández Mañueco (PP) and Luis Tudanca (PSOE).

It will be the first time that this situation occurs in Spain.

There is no precedent.

The problem for Ciudadanos is another: the management of the days in which Igea cannot leave the house.

Especially in an autonomous community as extensive and varied as Castilla y León and when a very relevant part of the campaign was about contact at street level.

Citizens will have to reinvent themselves and use video and other profiles to fill that gap.

And this is where more problems arise for Ciudadanos.

of Ciudadanos at the national level.

The problem is that both have it complicated.

Arrimadas is in a very advanced stage of her pregnancy and her participation in the campaign was precisely subject to her well-being and how she was feeling throughout the days.

On Thursday he was at the start of the campaign and on Sunday he will be in Salamanca, but the party did not want to make plans beyond those days, at the expense of seeing how its leader evolved and found himself.

Also, Bal has his own constraints.

Next week there will be intense activity in Congress with many issues under debate and with all the focus on labor reform.

As a parliamentary spokesman, he has a lot of work to do this week and he must finish closing with Félix Bolaños his support for the validation of the labor reform.

Both Arrimadas and Bal are deputies and have to be present on Tuesday and Thursday to vote in Congress.

Something incompatible with being touring the extensive community of Castilla y León.

As soon as Igea's positive was known, the party's strategists have started to think about how to reinvent the campaign and how to deal with these setbacks.

The candidate has announced that he will enter the acts that he can through video.

""I just spoke with my campaign team so that all the planned acts are maintained.

We will try to be telematically when possible", he has said.

The confidence in the general headquarters of Citizens is that Igea arrives "at the top" to the second debate on February 9, which is "the most important" of the two.

Igea himself has also shown confidence in this, as well as in tackling a second part of the campaign "with the intensity that it deserves".

In any case, he has called on the entire party and supporters to give "everything" during his absence because "a lot" is at stake.

In a message on social networks to communicate his positive, Igea wanted to convey optimism.

In that video, Igea explained that he had noticed a scratchy throat and snot, few symptoms, but knowing that we are in a pandemic, he had to take a test.

In this sense, he has stressed his honesty to act properly despite the fact that it is a task for his interests.

"The campaign is about the truth, and I should not behave differently from how citizens are asked," he said.

Igea, who is a digestive doctor by profession, has assumed that he must be in quarantine for a week and has stated so: "We will campaign from home telematically."

PoliticsFátima Báñez, former Minister of Labor of the PP, thanks Arrimadas for distancing himself from Pablo Casado's 'no' to the labor reform