For the first time since taking power on Monday, Lieutenant-Colonel Paul-Henri Sandaogo Damiba addressed Burkinabè on Thursday evening January 27 on the eve of an extraordinary summit of the… 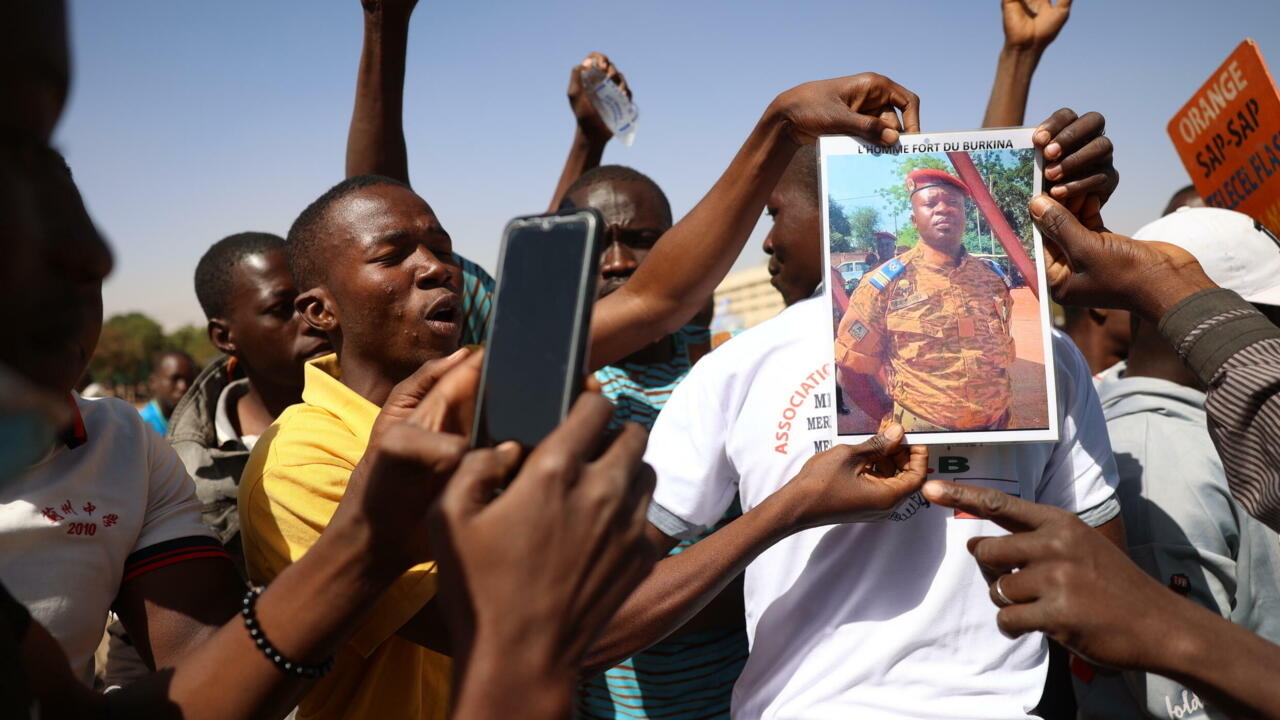 For the first time since taking power on Monday, Lieutenant-Colonel Paul-Henri Sandaogo Damiba addressed the Burkinabè on Thursday evening January 27 on the eve of an extraordinary ECOWAS summit devoted to the situation in Burkina.

The putschist officer who

He also gave indications on his agenda and wanted to reassure both inside and outside Burkina, on the eve of a summit of West African states which could lead to sanctions.

assures him: his decision to overthrow power was "

imposed by the course of events

For the rest, the officer remains unclear on his schedule.

But gives guarantees as to the likely imminent establishment of a transition.

I undertake to convene the living forces of the nation to agree on a roadmap which will aim to plan and achieve the recovery desired by all Burkinabè.

When the conditions are met according to the deadlines that our people will have sovereignly defined, I commit myself to a return to a normal constitutional life.

acts of betrayal against the aspirations

Burkina Faso needs its partners more than ever. This is why I call on the international community to support our country so that it can emerge from this crisis as quickly as possible to resume its march towards development. I know how to understand the legitimate doubts aroused by this break in the normal functioning of the State. But I would like to reassure all of Burkina Faso's friends that the country will continue to respect its international commitments, particularly with regard to respect for human rights.

In this first speech, the new strong man of the country promises that the new regime will take into account "

the farmer who harvested nothing last season

the women, heads of households, who struggle to feed their children

An ECOWAS summit, before a mission on the spot?

West African heads of state are meeting, virtually, in an extraordinary summit this Friday, January 28 at 10 a.m. UT to decide on Burkina Faso.

As they did for Mali and Guinea, they should decide this morning to suspend Burkina Faso from its authorities.

Will they go further?

On Tuesday, the sub-regional organization had "

" this coup, considering that it "

We are determined, at the level of ECOWAS, to ensure that the experience of confiscation of power by a military junta is a failure in Mali but also in Burkina and everywhere else in our space so that we reconnect with this collective will. to give the people the possibility of expressing themselves and freely choosing their leaders

”, declared Hassoumi Massoudou, the Nigerien Minister of Foreign Affairs after a meeting in Paris with the head of French diplomacy this Thursday, January 26.

Last September, after having quickly suspended Guinea, ECOWAS had waited more than a week to take the first sanctions against the military putschists, namely the freezing of their assets. According to a diplomatic source, some heads of state are reluctant to impose heavy sanctions after

to the measures taken in early January against the Malian junta.

As always in such cases, this extraordinary summit should therefore above all make it possible to appoint an emissary and to record the rapid dispatch on the spot, perhaps as early as Saturday, of an observation mission.

Objective: to know the intentions of the putschist soldiers.

A mission probably led by

, the president of the ECOWAS commission, and which could include Shirley Ayorkor Botchway, the Ghanaian Minister of Foreign Affairs.

The silence of the Ivorian neighbor

On leaving the Council of Ministers on Wednesday, the spokesman for the Ivorian government made little or no comment on the situation in Burkina Faso, noted our correspondent

It's ECOWAS that will give all the details, I don't have any

", simply indicated Amadou Coulibaly. To date, the Ivorian authorities have shown a form of caution on the Burkinabè file, favoring discreet reflection with regional institutions. "

The recent sanctions against Mali have proven to be counter-productive

However, recalls the analyst Arthur Banga, "

The two men have also been on the phone several times since the start of the crisis.

According to Lassina Diarra, researcher on security-defense issues at the Tumbuktu Institute: “

President Alassane Ouattara is an opponent of coups, but security pragmatism will take over

Because according to him, "

the page of President Kaboré is definitely turned

For two years, the north of Côte d'Ivoire - particularly the border area with Burkina - has been plagued by incursions by terrorist groups which have carried out attacks on Ivorian territory against army positions.

However, the sharing of information and intelligence is essential for the defense of the common border between the two countries.

the lack of efficiency of the Burkinabè on the security plan annoyed the Ivorians, especially the Ivorian soldiers

", who complained about the absence of an efficient Burkinabè intelligence structure.

Observers therefore foresee a temporary exclusion of Burkina from ECOWAS bodies, but do not imagine heavy sanctions at this stage.