Avian flu vaccination? A "lifeline" hoped for by Landes breeders

"It's our lifeline!" : in the heart of the foie gras country of the Landes, breeders place all their hopes in vaccination against the galloping epidemic of avian flu, which... 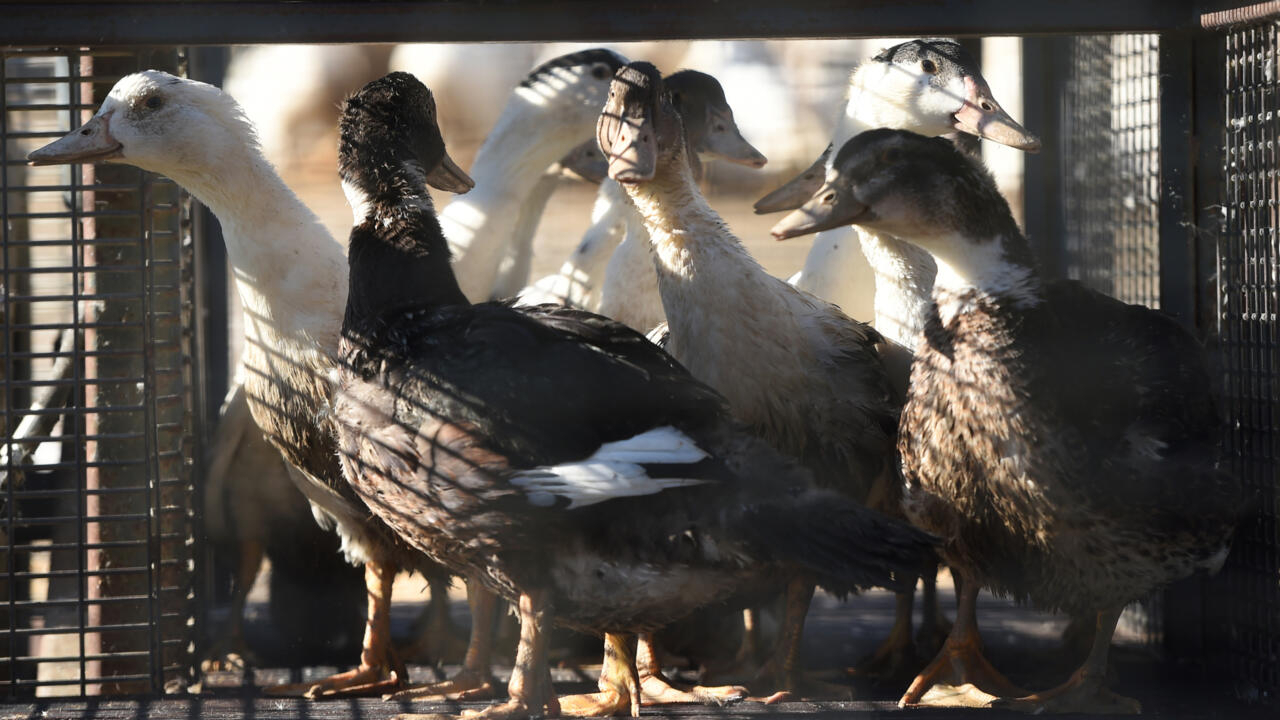 This is the fourth avian crisis in seven years and at Jean-Pierre Dubroca in Buanes, near Eugénie-les-Bains, the ducks have tested positive during the last two episodes.

"It's less violent this year, there is less mortality than in 2021 but it's hard to live with, we feel helpless," he said, lamenting "living on aid every year. We don't is not a breeder for that".

His farm was depopulated on January 9, his 12,000 ducks slaughtered.

He still has a bit to clean up the empty farm.

"We will be able to restart in the spring. But next winter is already scary", confides the breeder who, in recent years, has invested in buildings to shelter his ducks during the risk season, as required by the state.

"Biosecurity in breeding is like barrier gestures with the Covid, there are airlocks, disinfection, new habits. But no matter how much we take all the necessary precautions, it ends up affecting you", laments the one whose the 36,000 ducks a year are sent for force-feeding to other farms, then to canneries.

For him, in addition to all the biosecurity measures, we must therefore add vaccination: "it's our lifeline. We must go quickly in the experiments and that it follows at European level", pleads there.

20 km away, in Doazit, Julien Lafenêtre catches his ducks to put them in cages and see them go, once again, to the slaughterhouse of Hagetmau, helped by neighbors who have suffered the same fate.

His are, unlike last year, without symptoms and so far not positive.

In this Chalosse which usually produces a quarter of French foie gras but where we have not seen a duck free in the fields for weeks, the breeder-feeder-canner has reduced his production by 70% to spend the winter.

Ducks in a cage before being slaughtered due to an epidemic of avian flu, on January 26, 2022 in Doazit, in the Landes GAIZKA IROZ AFP

With just 1,500 ducks (derogation limit), he was able to keep them outside, but on a reduced surface and under nets which cost him 30,000 euros, in order to avoid wildlife, suspected of carrying the virus.

He also invested 160,000 euros to enlarge his force-feeding room because, the rest of the year, "we have to do more in less time", argues this breeder.

"I don't know if they imagine what we're going through," says Maryline Beyris, breeder 3 km from here, and traditional whole grain corn feeder, from the bottom of the tractor.

"We played the game and it was useless. Hope is vaccination to save the outdoors, we have to go fast," said this member of Modef (family farmers).

Mr. Lafenêtre is also campaigning to reduce densities everywhere on farms and let the ducks live outside next winter by testing them, pending vaccination.

"In construction with straw bought in Spain and food from who knows where, there is no longer any local area that is worth it, the product will taste the same everywhere. The outdoors, c is the guarantee of our Landes quality".