The Spanish region of Catalonia has decided to lift almost all of its restrictions thanks to less hospital pressure, despite a high rate of contamination.&nbsp; 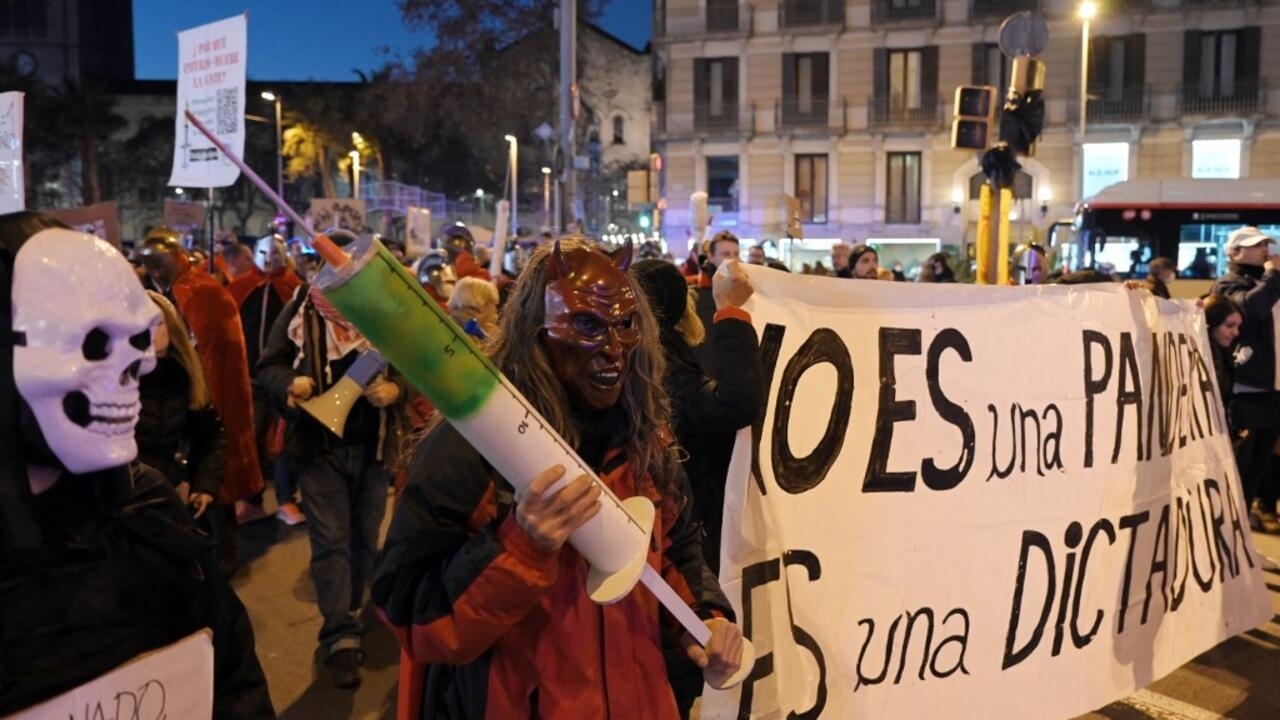 Opponents of the health pass hold a banner that reads: "It's not a pandemic, it's a dictatorship" during a demonstration in Barcelona on January 22, 2022. AFP - LLUIS GENE

The Spanish region of Catalonia has decided to lift almost all of its restrictions thanks to less hospital pressure, despite a high rate of contamination.

Catalonia has finally decided to withdraw, from this Friday, the obligation to present a health pass to enter bars, restaurants, sports halls and retirement homes, reports our correspondent in Barcelona,

The Covid infection rate in this region heavily dependent on tourism is higher than the national average.

Catalonia, which has 7.7 million inhabitants, introduced the vaccination pass at the end of November.

The measure, stricter than in the capital Madrid, has since been contested and has given rise to numerous

Not very effective against the high contagiousness of Omicron

The number of cases of contamination is still very high in the region, but the decision to remove the health pass was motivated by a report from the local scientific council proving that with the Omicron variant, a large part of the population can be infected independently of his vaccination status or having already had the Covid.

The regional government therefore considers that the health pass is no longer useful.

Another easing of restrictions from this Friday: the gauges in catering, culture or sport will be lifted as well as the ban on meetings of more than ten people.

The curfew that had been in effect between 1 a.m. and 6 a.m. in Barcelona and much of the region since the end of December was lifted last weekend.

In a few days, thanks to a drop in hospital tension, Catalonia therefore got rid of most restrictions: only the wearing of masks and the closing of nightclubs are still in force in the region.

Elsewhere in Spain, where the regions are responsible for health, some have introduced a health pass to enter certain public places.

Despite a high vaccination rate, with 90.7% of the population over the age of 12 fully vaccinated, coronavirus cases have exploded since late December in Spain, which has one of the highest incidence rates in 'Europe.

Also to listen: Covid-19 in Spain: the price of self-tests down for better accessibility