"This highest-level national commission is in charge of clarifying and delving into the truth of European colonialism, its crimes, genocides and looting committed in... 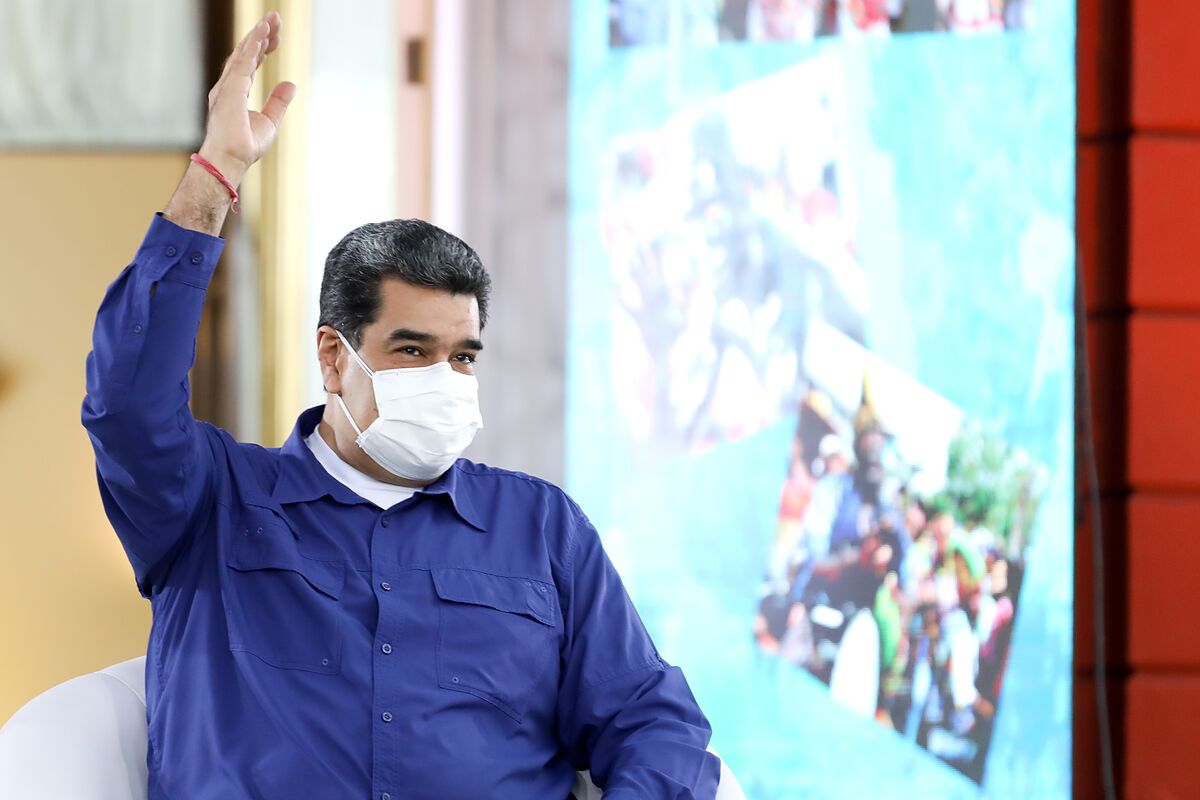 "This national commission of the highest level is in charge of clarifying and delving into the truth of European colonialism, its crimes, genocides and looting committed in Venezuela, in Latin America and the Caribbean.

We will advance in the decolonization of the homeland!"

. Nicolás Maduro has definitely risen to the wake advanced by the Mexican president,

, by expressly installing a commission with several historians, related to the Bolivarian regime, to

clarify the "crimes" of the Spanish conquest.

This was announced by the "people's president" in one of his constant television appearances, in which he also

revealed his intention to demand final compensation from the Spanish state

"We have to demand justice and reparation from Spain, Portugal and all of Europe in the face of the crimes of colonial rule," Maduro ordered the twenty historians, "with experience in the colonial and historical struggle."

Already last year, Maduro had supported the Mexican initiative by sending a letter to Madrid "to ask that sooner rather than later Spain and the King of Spain apologize to the peoples of America for the genocidal crimes committed and make reparation." A recurring theme in the revolution that

already stirred up in his day , who in 2002 changed the name of the Day of the Race to the Day of Indigenous Resistance. Two years later, revolutionary groups judged,

condemned, hung and demolished the statue of Christopher Columbus in Caracas

, which today spends its days in a warehouse.

At the head of the Commission for Historical Truth, Justice and Reparation on Colonial Dominion and its Consequences is the minister of the branch,

, known for leading revolutionary propaganda during the illness and death of Hugo Chávez. Among the "historians" stands out Major General

, 'number two' of the revolution, and former commander-in-chief of the Chavista armed forces. The philosopher

One of the unknowns is whether

, head historian for the revolution, will finally join the commission, as reported by various Bolivarian media. Calzadilla is currently the principal rector of the National Electoral Council (CNE), an electoral arbitrator at the service of Maduro who ordered a repeat of the elections in Barinas, the cradle of the revolution, after the first defeat in November and which last week ended the recall process against the "son of Chávez" by imposing impossible conditions in the collection of signatures.

The historic initiative coincides with the implementation of the power plan with which Maduro intends to remain in charge of Venezuela until 2030.

"It is an anachronistic and meaningless initiative

, which simply intends to raise a political flag to generate a pamphlet," he points out with surprise for EL MUNDO the historian

, former director of the National Academy of History.

Surprise not for something "that is nothing new", but that on other occasions was carried out in the heat of some significant date.

For now, the head of the commission has already announced that the content of its investigations will be placed in the hands of the Community of Latin American and Caribbean States (CELAC), the organization created by Chávez to replace the Organization of American States (OAS), that today languishes despite López Obrador's attempts to resurrect it.

Other initiatives undertaken by the revolution, such as

the imposition of indigenous names instead of the original ones

Caracas stretches out on the slopes of the imposing Ávila (in honor of a Spanish governor who bore that last name more than two centuries ago), a mountain range that separates the city from the coast, as well as being its natural lung.

Chavismo imposed the official name of

, which nobody uses in Caracas.