CAN: Equatorial Guinea traps Mali and joins Senegal in quarters

Rough, combative and carried by its goalkeeper Jesus Owono, Equatorial Guinea created a surprise by eliminating Mali on penalties (0-0 after, 6-5 on pens), joining Senegal in the quarter-finals… 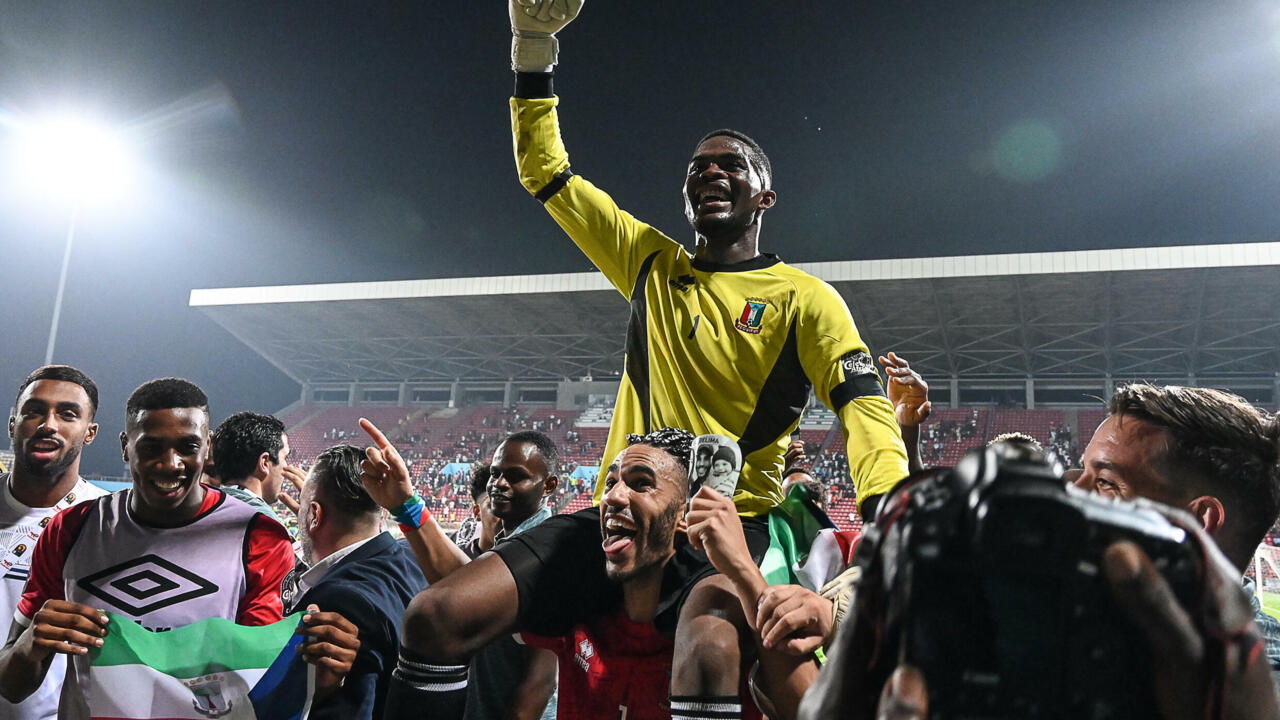 Last qualified for the "top 8" of this Cameroonian edition, the players of "Nzalang Nacional" ("L'Eclair") emerged victorious from an unbreathable penalty shootout to topple a long undecided and often undisciplined meeting.

Despite two Equatorial Guinean failures, the young goalkeeper of Alaves, Jesus Owono, saved his people by making two decisive saves, in addition to the attempt fired above by the Malian captain Hamari Traoré.

The joy of the players of Equatorial Guinea, after eliminating Mali on penalties (0-0 aet, 6-5 pens), in the round of 16 of the African Cup of Nations, on January 26, 2022 in Limbé ( Cameroon) Issouf SANOGO AFP

Owono and his partners will try on Sunday (8:00 p.m.) to clinch a place in the semi-finals for the second time in their history after 2015, in their third participation in the CAN.

The dream continues for those who have already beaten defending champion Algeria in the pools.

Their next opponent, Senegal, is it catchable?

He was in any case put in difficulty in the round of 16 by Cape Verde on Tuesday (2-0).

And this opponent will bring back good memories to Equatorial Guinea: during the 2012 edition, the latter won the group stage against this mainland champion (2-1).

For Mali, it's a disappointment: favorites against the 114th nation in the world, the men of Mohamed Magassouba struggled in the heat of Limbé.

They will no doubt also regret some contentious situations which could have resulted in penalties in their favour.

Equatorial Guinea midfielder Pablo Comitre Ganet battles with Malian striker Ibrahima Koné during their round of 16 match of the African Cup of Nations on January 26, 2022 in Limbe (Cameroon) Issouf SANOGO AFP

Moussa Doumbia was thus jostled in the area by Josete Miranda (40th), but the referee canceled his decision to whistle a penalty thanks to video assistance.

And after the hour mark, a hand from Saul Coco in his area was not studied by the VAR.

The Equatorial Guineans and their cantankerous leader Iban Salvador Edu, for their part, opposed a great aggressiveness, even if it meant receiving four yellow cards and sometimes coming close to exclusion.

But their aggressiveness ended up paying off, after 16 shots on goal!

Equatorial Guinea striker Iban Salvador Edu battles with Malian defender Massadio Haidara during their round of 16 of the African Cup of Nations on January 26, 2022 in Limbe (Cameroon) Issouf SANOGO AFP

The rest of Equatorial Guinea's adventure will be played at the Ahmadou Ahidjo stadium in Yaoundé on Sunday, and not at the Japoma stadium in Douala as originally planned: the match has been relocated, due to the state of the lawn there. .