Ambitious claims: why Warsaw expressed doubts about the reliability of Berlin in the situation around Ukraine

The Deputy Foreign Minister of Poland said that he doubted the reliability of Germany in the situation around Ukraine. According to him, Warsaw wants the doubts to be eliminated, as well as Berlin to give "clear signals" on this matter. In particular, the Polish Deputy Foreign Minister demanded an unequivocal "no" to the commissioning of the Nord Stream 2 gas pipeline and prompt approval of arms supplies to Kiev. In addition, the Deputy Foreign Minister of Poland stressed that Warsaw expects from Berlin "strong words and strong deeds, and not blurring the facts." According to experts, the Polish side made claims against the FRG in order to "remind of its existence and ambitions." Analysts also note that diplomacy has “degraded” in Poland as a way of interacting with other states. 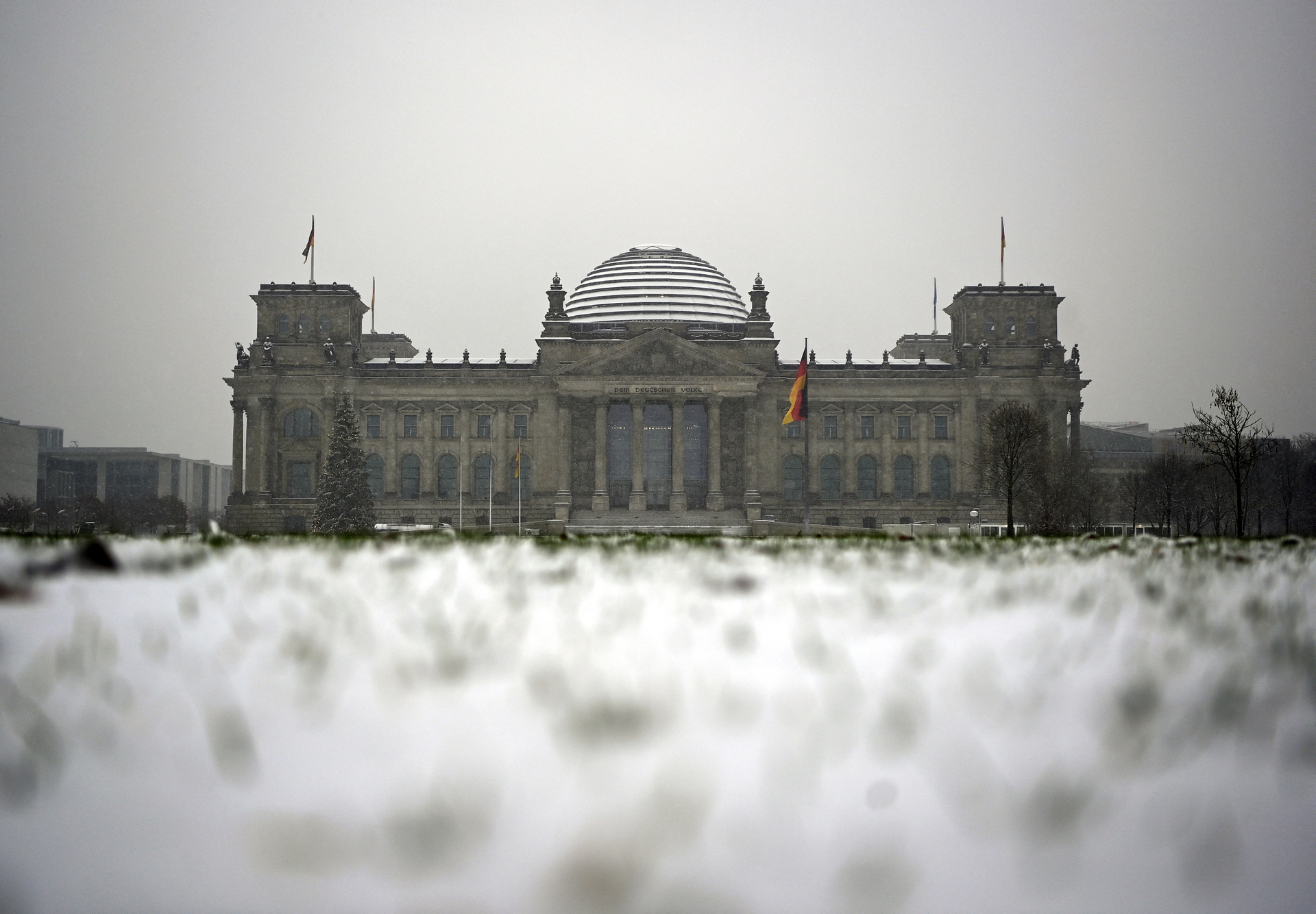 Deputy Minister of Foreign Affairs of Poland Szymon Shinkowski vel Senk expressed doubts about the reliability of Germany in the situation around Ukraine.

“In Poland and other Eastern European countries, many are wondering what kind of game Germany is playing in the Ukrainian conflict,” Szynkowski wel Senck said in an interview with Deutsche Presse-Agentur during a visit to Berlin.

According to him, there are doubts about whether Germany can be counted on.

“I would like these doubts not to be strengthened, but eliminated.

We need clear signals from Germany on this matter," the Polish deputy minister said.

In particular, the Deputy Foreign Minister of Poland demanded from the German government an unequivocal “no” to the commissioning of the Nord Stream 2 gas pipeline and prompt approval of the supply of howitzers from the stocks of the former GDR from Estonia to Ukraine.

“We are in a special situation.

And in a special situation, one should also resort to special means,” he said, commenting on Germany’s refusal to supply weapons to Ukraine.

“And so we expect strong words and strong deeds from the German government, not blurring the facts.”

Recall that earlier Berlin has repeatedly stated that it does not support the export of lethal weapons to Ukraine.

This, in particular, was reported by German Chancellor Olaf Scholz.

“The German government has been following a unified strategy on this issue for many years.

Among other things, we do not export lethal weapons, ”he said after a meeting with NATO Secretary General Jens Stoltenberg in Berlin.

After that, Scholz once again voiced this position of the German government.

As German Foreign Minister Annalena Burbock noted, she does not consider it "realistic to assume" that such supplies "could change the balance of military forces."

In turn, German Defense Minister Christine Lambrecht said that sending weapons to Ukraine does not contribute to "de-escalation."

According to her, there was “a unanimous opinion” in the German government on this matter.

However, despite the numerous refusals of Berlin related to the supply of weapons to Kiev, Ukrainian Foreign Minister Dmitry Kuleba said that the Ukrainian authorities would continue to negotiate with the German side, including on this issue, "to achieve a result in the interests of Ukraine."

In addition, according to Kuleba, the “moment of truth” has come in relations between Kiev and Berlin on a number of “fundamentally important issues for the security and future of Ukraine as an independent country and Euro-Atlantic security as a whole.”

“This is support for the most powerful sanctions against Russia by Germany, this is Nord Stream 2, this is a matter of arms supplies,” Kuleba said on the air of the Freedom of Speech program on ICTV on January 24.

Earlier, the German Chancellor called for taking into account the consequences for the West with the possible imposition of sanctions against Russia.

According to him, no one should have any illusions that there are such anti-Russian measures that would not affect the Western countries themselves.

In addition, according to Bloomberg, citing documents available to the agency, the German government is seeking an exemption for the energy sector in the event that measures are introduced that block Russian banks from conducting dollar transactions.

As noted, Germany is concerned that, if this exception is not made, "the flow of energy carriers to Europe will be in jeopardy."

“Such a sanctions clause will not exclude potential measures against the Nord Stream 2 pipeline, which should increase the transportation of Russian gas to Germany under the Baltic Sea in the coming months,” Bloomberg informs, citing a source.

Recall that in the West they began to talk about the possible introduction of new sanctions against Russia against the backdrop of a campaign launched by the United States and other Western countries to accuse the Russian Federation of allegedly preparing an "attack" on Ukraine.

Moscow has repeatedly denied such claims.

As the official representative of the Russian Foreign Ministry Maria Zakharova noted, they are put forward by Western countries in order to create “information cover for preparing their own large-scale provocations, including military ones” on Ukrainian territory.

“It has reached phenomenal proportions”

As Nikolai Mezhevich, chief researcher at the Institute of Europe of the Russian Academy of Sciences, noted, the situation around Warsaw’s demands to Berlin regarding the supply of weapons to Ukraine and Nord Stream 2 once again proves that diplomacy has “degraded” in Poland as a way of interacting with other countries.

“Now it has reached phenomenal proportions.

For some reason, the Polish Deputy Foreign Minister demands that Berlin follow the will of Warsaw.

In Poland, they imagined that they could dictate their terms to Germany, which has a leading role in the EU and has the most powerful economy in the union, ”the expert said in a conversation with RT.

According to Mezhevich, Poland's demands from Germany not to certify Nord Stream 2 look "extremely ridiculous."

“If Warsaw could provide the German partners with gas in the same quantity as this gas pipeline, then this kind of call could still be somehow understood.

But after all, the Polish side cannot give anything of the kind; it often stands with outstretched hand at the entrance to Berlin.

And in this situation, her appeals seem, to put it mildly, strange, ”Mezhevich believes.

In his opinion, Warsaw once again made claims against Berlin in order to remind the major countries - players in international politics of their existence and ambitions.

“After all, Poland cannot have a significant impact on the situation around Ukraine, and therefore is trying to draw attention to itself in all possible ways.

In an even more caricature form, we observe the same strategy in Kiev, which wants to sit at someone else's table, putting forward its claims, ”the analyst believes.

In turn, Vladimir Olenchenko, senior researcher at the Center for European Studies at IMEMO RAS, said that in this case Poland acts as an "instrument of American foreign policy."

“The United States supplies its weapons to Ukraine and urges other countries to do the same.

Washington also has a sharply negative attitude towards Nord Stream 2, and the United States is persistently pushing its position on this issue, including imposing its vision on other states of the West and Europe.

Apparently, now it's the turn of the deputy head of the Polish Foreign Ministry to act as a conductor of American policy, ”the expert said in an interview with RT.

As Olenchenko explained, following Washington's instructions, Warsaw wants to show that it can act on a par with Germany and be a leader in Europe.

“The US wants Poland to have the image of an independent center of power in the EU, although neither politically nor economically Poland can claim this.

However, Washington needs some kind of counterbalance to Germany in the European Union, a kind of center that would be completely subordinate to it.

Because the United States is annoyed by the fact that Berlin is pursuing an independent policy on a number of issues, ”the analyst believes.

At the same time, as Olenchenko noted, Warsaw's statements regarding the supply of weapons to Ukraine will not be taken seriously in Berlin.

“Germany is not interested in aggravating the military focus in Ukraine.

And such an approach, apparently, does not fit into the Polish understanding of stability and security in Europe.

Warsaw does not think that the militarization of Ukraine will not strengthen security in the region, but rather the opposite, ”Olenchenko stated.

In addition, he stressed that the topic related to Ukraine has become a kind of "catalyst" of "friends" in NATO for Poland and a number of other countries, including the Baltic republics.

“For example, Warsaw is actively present in the international arena due to Russophobia, as well as anti-Russian policy.

And any pretext to develop this theme is beneficial for Poland.

Therefore, in this context, the Polish side will only increase the number of its claims against Germany,” the analyst concluded.