Burkina Faso: who is Paul-Henri Sandaogo Damiba, the president of the MPSR?

Paul-Henri Sandaogo Damiba is presented in the press releases read on the RTB as the president of the Patriotic Movement for Safeguarding and Restoration (MPSR), which now holds power a… 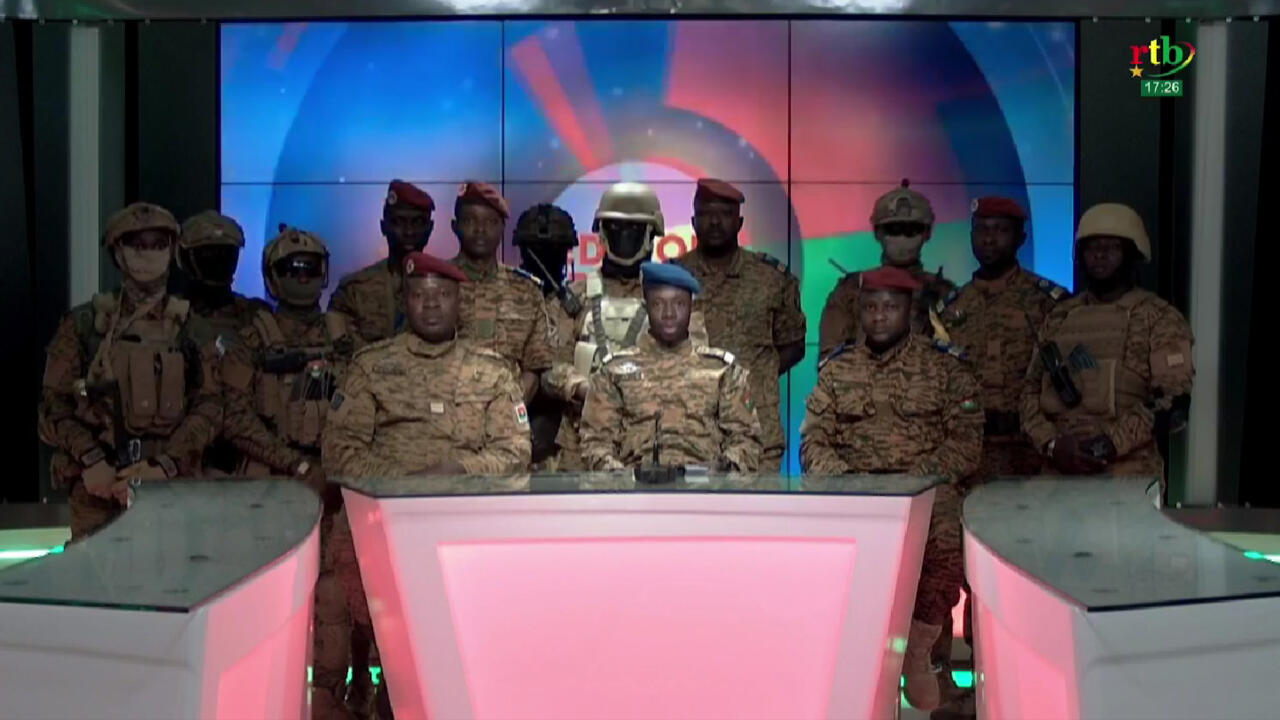 Burkina Faso: who is Paul-Henri Sandaogo Damiba, the president of the MPSR?

Paul-Henri Sandaogo Damiba, in a red beret in the center left in the foreground, during the MPSR's statement on Burkinabè national television, January 24, 2022. © RTB/Screenshot

Paul-Henri Sandaogo Damiba is presented in the press releases read on the RTB as the president of the Patriotic Movement for Safeguarding and Restoration (MPSR), which now holds power in Burkina Faso.

What do we know of him?

Paul-Henri Sandaogo Damiba is an infantry lieutenant-colonel in the Burkinabè army.

On December 3, he became commander of the country's third military region, which is responsible in particular for the anti-terrorist system in the eastern zone of Burkina as well as for the security of the capital Ouagadougou.

He had been appointed to this post by a decree signed by the hand of Roch Marc Christian Kaboré, who had carried out a vast

reorganization in the military hierarchy

the day after the

, which left 57 dead, including 53 gendarmes. , three months ago, and caused shock waves in the country.

Demonstrations had been organized to demand more resources for the military, the management of President Kaborè had already been strongly contested.

Lieutenant-Colonel Paul-Henri Sandaogo Damiba, like many of the military leaders appointed in early December, is one of those whom former transitional President Michel Kafando nicknamed "the boys" because they opposed the coup of State in 2015 led by elements of the former RSP, the presidential security regiment, which was subsequently disbanded.

Lieutenant-Colonel Damiba had also testified in 2019 during the trial of General Diendéré.

Traces of it can be found in the Burkinabè press (lefaso.net, Burkina24): at the time, according to the articles relating to this trial, Paul-Henri Damiba was commander of an anti-terrorist unit, stationed in Dori.

Himself a former RSP member, he explained that in 2015 he received a phone call from General Djibril Bassolé, who asked him if he was coming as reinforcements to Ouagadougou.

What Paul-Henri Damiba had answered in the negative.

Lieutenant-Colonel Damiba, according to several sources, would have rubbed shoulders, during his training in the national army, with Colonel Zoungrana, arrested two weeks ago, precisely because he was suspected of preparing a coup.

To follow the Liveblog of RFI Burkina Faso: soldiers announce on national television the dismissal of President Kaboré

Lieutenant-Colonel Damiba is also the author of a book, an “essay on terrorism” published last June and entitled

, in which he analyzes counter-terrorism strategies in the Sahel and their limits.

His publishing house, the Three Columns, indicates that Paul-Henri Sandaogo Damiba is a graduate of the Paris military school – his name appears in

among the foreign officers who graduated from the 24th promotion of the War School. , in 2017 –, that he holds a Master 2 in criminal sciences from the National Conservatory of Arts and Crafts (CNAM) in Paris, and that he also has a Defense expert certification in management, command and strategy. Also according to his publishing house, Lieutenant-Colonel Damiba was engaged in several counter-terrorism operations between 2015 and 2019 “

while he assumed operational responsibilities in the Sahel and North regions.