"A crazy story:" the Frenchwoman Isabelle Galmiche, co-driver of Sébastien Loeb in the Monte-Carlo Rally with M-Sport Ford, is the first woman to win a round of the world championship (WRC) in… 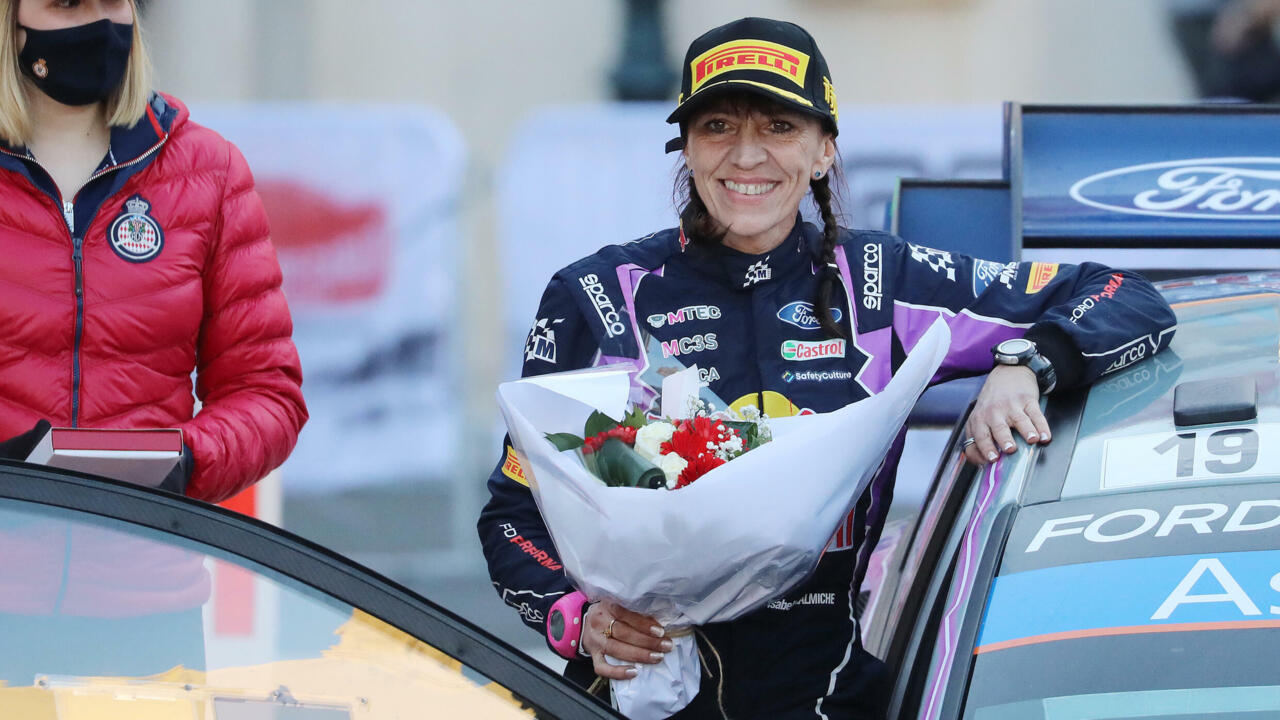 "It's a crazy story, I don't know what to say. I was already super happy to come here with Seb, and then we won", reacted Isabelle Galmiche on the port of Monaco on Sunday, after their victory in front of Sébastien Ogier and Benjamin Veillas (Toyota).

"I've done a lot of rallies, but like that... Even if I didn't want to put pressure on myself, I had it anyway", continued the 50-year-old co-driver, who since Thursday and the start of his first rally at the highest level does not let go of his smile.

"With this kind of car it's really difficult for the co-drivers. She had a lot to say all the time and she had a perfect pace. Of course she has a lot of rally experience in France but in the WRC you have a lot more things to assimilate", paid tribute to his pilot after the victory.

Galmiche and Loeb have known each other for a long time, and the Frenchwoman had already accompanied the 47-year-old nine-time world champion during numerous trials.

So when Loeb and Daniel Elena, his lifelong co-driver, separated, the Alsatian did not hesitate: "He told me + here, I have a little question to ask you. When Daniel is going to stop, is - do you agree to leave with me? + There it was instantaneous, yes of course!”, she replayed.

"At the time I wondered if it was a real question or a joke," she laughed.

"Isabelle is the co-driver with whom I have driven the most except for Daniel. So she knows my grades, we are used to being together. She is very passionate, she is a friend and I know she will be very happy to be with me," Loeb explained on Wednesday.

On Sunday, when Galmiche was answering questions in the mixed zone, M-Sport boss Malcolm Wilson came to interrupt the session: "there were two stars in the team with Isabelle!".

A trophy for co-driver Isabelle Galmiche and Sébastien Loeb after their victory in the Monte-Carlo rally, January 23, 2022 Valery HACHE AFP

"No no, only one star!" Resumed the one who, on Tuesday, will be back to work as a teacher of adult games.

In the meantime, she signs autographs.

She does not yet realize but savors, as she did in the race.

Was that the key, the pleasure?

"Totally, absolutely! It's really a crazy thing like it's going fast, it's going really fast, in sensations I enjoy it! I keep saying thank you to Seb. Thank you again!"

Toyota boss, former driver Jari-Matti Latvala, also comes to congratulate her, and recalls that she is the first female co-driver to win since 1997 and the Italian Fabrizia Pons (the former partner of Michèle Mouton s imposed then with Piero Liatti).

Galmiche also follows in the footsteps of Michèle Espinosi-Petit.

Known by the nickname "Biche", she had notably won with Jean-Claude Andruet the very first round of the world rally championship in 1973. Right here in Monte-Carlo.