Eat or warm up? The tough choice of Britons in the face of soaring prices

"I'm having a hard time making ends meet": prices are soaring and many Britons like Heidi are struggling to heat themselves and eat, to the point that food banks are overwhelmed... 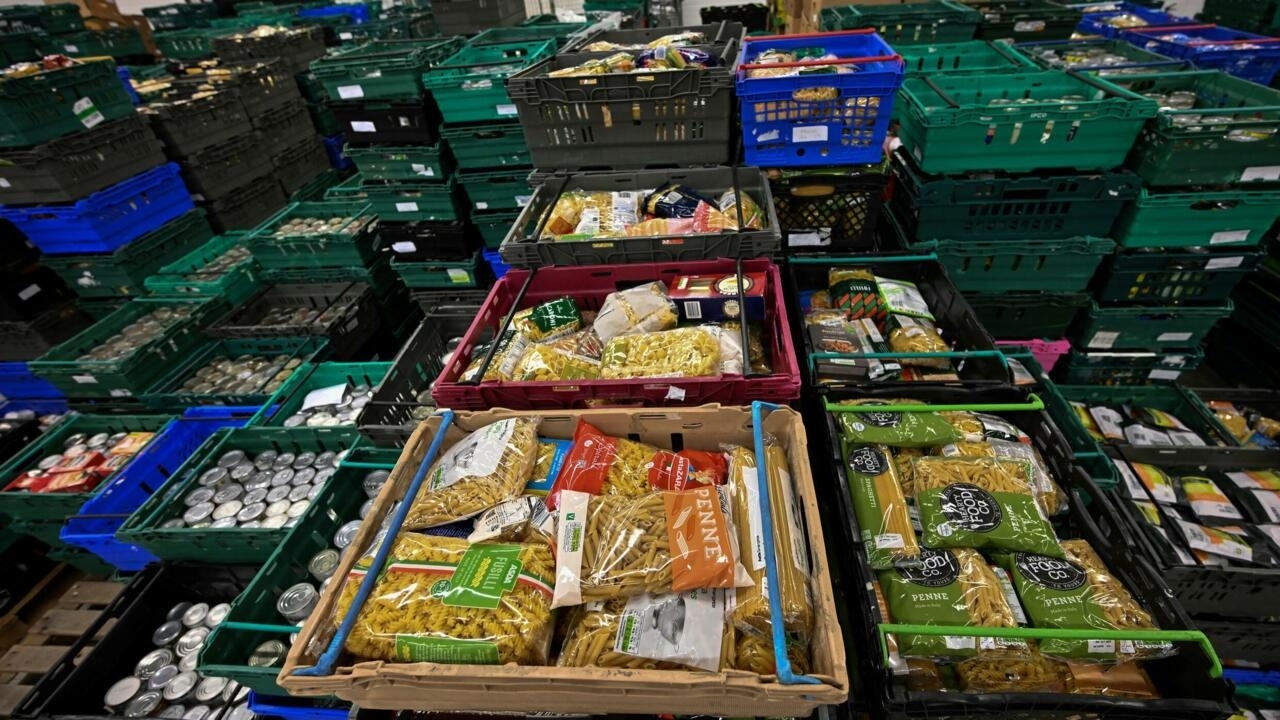 Queuing to pick up her parcel in Colchester, east England, this 45-year-old confesses: 'Usually I put something aside for food banks, but now it's my turn to use it".

A rise in prices on "everything" and "very high bills": "My electricity has increased. I probably spend 80 pounds (95 euros) a month on it now, compared to 40 or 50 last year".

Inflation hit 5.4% in December, its highest level in thirty years, leading many Britons to push the door of food banks for the first time.

In 2021, the one in Colchester, nestled in the middle of a commercial area, distributed 165 tons of food, enough to feed some 17,000 people.

But its director Mike Beckett expects that to increase to 20,000 people in 2022.

"If things get worse, it could go up to 25,000 people", "a nightmare", he laments, while in their "worst case scenario", nearly 30,000 people could have to resort to using this structure.

A beneficiary of the Trussell Trust food bank walks out with a trolley of essentials on January 20, 2022 in Colchester, east England Ben STANSALL AFP

According to the Trussell Trust, which runs the food bank, the number of people receiving emergency parcels at its centers across the UK has risen from 26,000 people in 2009 to more than 2.5 million last year.

For journalist and anti-poverty activist Jack Monroe, the real cost of many basic foodstuffs has risen by far more than the inflation forecast in December.

Rice has gone from 45 pence per kilo to one pound for 500 grams: "It's a price increase of 344% which hits the poorest and most vulnerable households", she denounced on Twitter.

The activist accuses the system that measures the impact of inflation to be "fundamentally flawed", because "it completely ignores the reality and the REAL price increase for people on minimum wage, food bank customers and millions of others."

A finding shared by Mike Beckett, according to whom the measure of inflation "does not really take into account the increase in the prices of cheap food, which are increasing by several hundred percent".

Coupled with the government's decision to bring social benefits, increased during the pandemic, back to their initial level, this gives an explosive cocktail.

"People tell us that it took them an hour to find the courage to come," says the director of the food bank, many "did not think they would ever need it, but they have no choice ".

According to a report by the Joseph Rowntree Foundation published in January, certain characteristics of social assistance (the five-week wait before the first payments, family allowances capped at two children, etc.) "directly lead to greater food insecurity and contribute to the increase in the use of food banks".

Despite this already complicated situation, the cost of living is expected to rise further in April for British households, due to an increase in social security contributions decided by the government to finance the health system and further increases in energy bills, which could reach 50%.

Volunteers from the Trussel Trust food bank fill a vehicle with parcels to deliver to people in need, on January 18, 2022 in Brixton, south London Ben STANSALL AFP

As a result, even more UK households find themselves at risk of fuel poverty, spending more than 10% of their income on their energy needs.

"Many people find themselves in this situation for the first time", laments Heidi.

She invites "everyone to put something" in food bank baskets, "because you never know when you're going to find yourself in this situation".