“A lot of problems have accumulated”: why the UK is seeking contacts with Russia at the level of foreign and defense ministers

Moscow is considering the possibility of a visit by the head of British diplomacy Liz Truss to Russia. According to the official representative of the Foreign Ministry, Maria Zakharova, a corresponding request has already been received. At the same time, the media reported that Prime Minister of the United Kingdom Boris Johnson intends to instruct the head of the country's Ministry of Defense to accept the invitation of Sergei Shoigu and hold a meeting with him in the capital of the Russian Federation. Experts note that many problems have accumulated in relations between Moscow and London that require direct dialogue at the level of the heads of the Foreign and Defense Ministries. However, analysts do not expect diplomatic or military-political breakthroughs in the course of this dialogue. 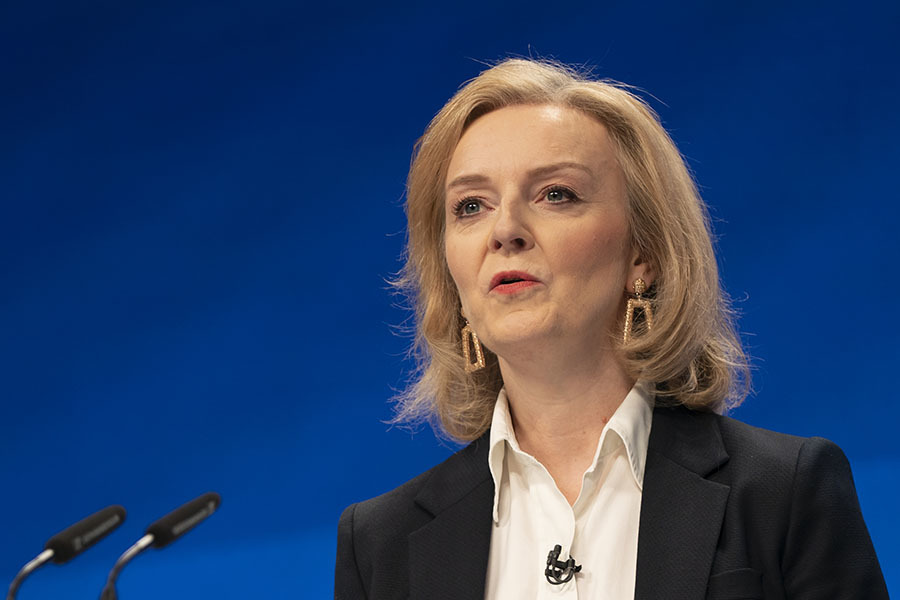 The possibility of a visit by British Foreign Secretary Liz Truss to Moscow is being worked out, said the official representative of the Russian Foreign Ministry, Maria Zakharova.

“Such a request was received from the British side, the possibility of such a visit is being worked out,” the diplomat said on the air of the “Evening with Vladimir Solovyov” program on the Rossiya 1 TV channel.

Earlier, the TASS and RIA Novosti agencies, citing sources in diplomatic circles, reported that Truss had asked the Russian side for the opportunity to come to Moscow to negotiate with Sergey Lavrov.

Sources noted that this visit could take place in February.

The last visit of the head of the British Foreign Office to Russia took place in December 2017, when Boris Johnson, who is now head of the government of the United Kingdom, visited Moscow.

The planned visit of the head of British diplomacy is being discussed against the backdrop of an anti-Russian campaign actively promoted by the West, the main message of which was the intentions attributed to the Russian Federation to "invade" Ukraine.

So, in early January, Liz Truss spoke about the new sanctions that the UK and its allies are preparing and that will be applied against Russia if it "invades" Ukraine.

“We have made it clear that any further military incursion into Ukrainian territory will entail large-scale consequences, including the coordinated application of sanctions, which will seriously affect Russian interests and the country's economy,” TASS quoted her as saying.

Ahead of a series of talks on Russian initiatives related to security assurances, Truss said NATO members must "maintain unity and counter Moscow's threatening behavior."

The head of the British Foreign Office also spoke out against any concessions to Russia, regarding them as "encouragement for aggression", and later stated the need to reduce Europe's dependence on Russian gas and pay attention to the strategic risks that the Nord Stream 2 gas pipeline allegedly carries. ".

Last week, Truss again raised the topic of "invading" Ukraine, saying the Kremlin had "not learned the lessons of history" and comparing the possible consequences to the Soviet-Afghan and Chechen wars.

In addition, on January 22, the British Foreign Office unsubstantiatedly accused Russia of planning to form a government loyal to Moscow in Ukraine, the leader of which should be the ex-deputy of the Verkhovna Rada Yevgeny Muraev.

“It would seem that it was possible to publish on Saturday morning - no, they chose a good time, from their point of view - one thirty in the morning Moscow time.

Apparently, they thought that we would not respond, and sent the material to the media in advance precisely under the embargo until 1:30, ”said the representative of the Russian department.

In her opinion, the recent attacks by Great Britain and the United States against the Russian Federation were caused by the difficult internal political situation in these countries.

“Here’s another answer to the question, why are they all now so busy with the invented, mythologized possibility of Russia’s aggression against Ukraine?

It’s just that the situation at home is critical, ”said the diplomat on the air of the Evening with Vladimir Solovyov program on the Russia 1 TV channel.

It is worth noting that contacts between the UK and Russia at the ministerial level are planned through not only the Foreign Ministry, but also the defense departments.

Johnson sees the current situation around Ukraine as "the biggest test of Western and NATO cohesion and resolve in decades," a Downing Street source said.

“The Minister of Defense is pleased that Russia has accepted the proposal to hold talks with his colleague,” a government source told the newspaper.

According to him, the minister "made it clear that he would explore all possible ways to achieve stability and resolve the crisis in Ukraine" and that London was in touch with the Russian government.

Earlier, Wallace sent Shoigu an invitation to a meeting in London to discuss the situation around Ukraine.

In a response letter, the Russian minister confirmed his readiness to discuss all topical security issues.

At the same time, Shoigu, based on the principles of reciprocity, also offered to hold talks in Moscow at any time convenient for the British Minister of Defense.

“The resumption of contacts in the spirit of goodwill between Russia and the UK will help reduce tensions in Europe,” the head of the Russian Defense Ministry noted in his letter.

He also recalled that the parties had already demonstrated "the possibility of a constructive dialogue" by holding a meeting of the Foreign and Defense Ministers in London in 2013 in the 2+2 format.

In turn, political scientists interviewed by RT note that, despite the openly anti-Russian rhetoric of the collective West, the need for such visits is long overdue.

“A lot of problems have accumulated.

At the same time, Britain in the current situation, entering into an independent dialogue with Russia, wants to demonstrate that it is an equal partner of the United States.

Moreover, London intends to test its new strategy of the so-called “global Britain”, which brings prosperity to Europe and the whole world,” said Natalya Eremina, professor at the Department of European Studies at the Faculty of International Relations at St Petersburg University.

At the same time, the analyst drew attention to the fact that in the British strategy, it is Russia, to a greater extent than China, that is called the main threat to stability.

“The absence of direct contacts with Moscow at the highest level means that the positions of the parties are not completely clear, which require clarification.

In this case, this dialogue is open in order to understand which areas in this new strategy need to be strengthened,” Eremina explained.

She believes that the negotiations between the foreign and defense ministers of the two countries will be difficult.

“The British will most likely come with a large number of questions and will negotiate on each point to determine the extent of the perceived “threat” that they themselves have inspired comes from Russia,” Yeryomina suggested.

In turn, Alexei Podberyozkin, director of the MGIMO Center for Military-Political Studies, does not expect diplomatic or military-political breakthroughs from these meetings.

“The strategy of the West is a strategy of forceful coercion, which involves two contradictory lines of behavior: on the one hand, an attempt to impose unacceptable terms of relations on Russia, and on the other hand, emphasizing the readiness for negotiations and any consultations,” the analyst explained.

At the same time, Britain is well aware of the possible risk of an escalation of the military conflict, and now the situation has reached the point where there is a need for direct dialogue at the level of the heads of the Ministry of Defense, the analyst added.

“Any contacts between the military, as experience shows, are sometimes even more useful than between diplomats.

With regard to Great Britain and Russia, such contacts are needed, although the British should first limit their military activities in Ukraine, because it is completely anti-Russian in nature, ”concluded Podberyozkin.