The fear of Russia runs like a common thread through Swedish history. The concern many Swedes feel today for Russia is thus nothing new. But that concern probably grows when Russia is perceived as a growing threat. 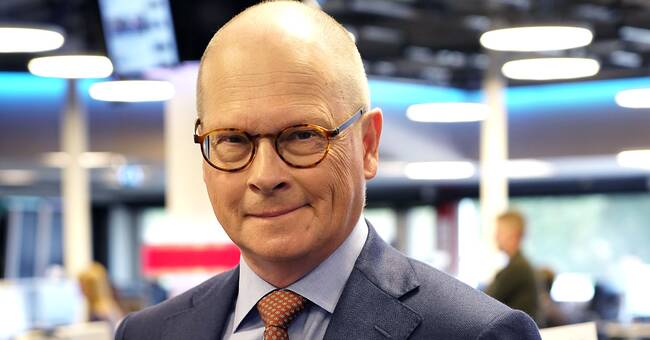 Most Swedes recognize the concept of "Russian terror".

The fear of Russia in Sweden can be traced historically all the way back to the Middle Ages when Swedish expansion in the east collided with the interests of the city-state of Novgorod.

When forces from Novgorod ravaged and burned in Finland, which was then part of Sweden, the attackers were described as bloodthirsty barbarians.

The roots of the Russian terror were thus established early.

Gustav Vasa and his successors also used the Russian terror in state propaganda to mobilize support for war and the recruitment of new recruits.

But the Russian terror was not only an effect of propaganda.

During the Great Nordic War in the early 18th century, thousands of people fled Russian attacks on Swedish possessions on the other side of the Baltic Sea.

Those who returned to Sweden told of brutality and terror.

The wars against Russia continued and in the early 19th century Sweden was forced to cede Finland to Russia.

While Sweden became a small state, Russia had expanded into a significant superpower.

From the Swedish side, the rivalry had been replaced by concerns about Russian aggression.

When Russia became a communist dictatorship after the revolution of 1917, the old Russian terror was mixed with communist terror.

After the fall of the Berlin Wall in 1989 and the collapse of the Soviet Union, many hoped for a brighter future with an end to threats and gunfire.

Sweden and several other countries began to disarm.

The hope was that the new Russia would become more peaceful and democratic.

But those hopes have been dashed in recent years.

In Russia, democratic rights have been increasingly circumvented, political opposition has been curtailed, and the state has also shown readiness to use military means to achieve political goals.

The war in Georgia is one example, the annexation of Crimea another.

Now 100,000 Russian troops have gathered at the border with Ukraine, while Russia is demanding far-reaching demands from its neighbors, including a halt to new NATO members.

Individual countries should therefore not be allowed to apply for membership even if they want to.

In Sweden, there is growing concern about a military conflict, which could have far-reaching consequences in the immediate area and also affect Sweden.

The old Russian fear is once again fueled by what is perceived as Russian aggression.

According to SVT / Novus' survey, 59 percent of Swedes are afraid of Russia as a great power.

Twice as many are afraid of the United States.

An important explanation for the great fear of Russia is, of course, the country's rearmament and the increasingly harsh line towards the outside world.

The war in Ukraine and the recent heightened tone from Russia play an important role here.

Russia is a great power in Sweden's immediate vicinity.

But history probably also comes into play, where many see today's developments as a confirmation of this concern.