Presidential in the Philippines: the Twitter network suspends accounts linked to the candidacy of heir Marcos

Twitter has announced the suspension of hundreds of accounts believed to be linked to supporters of Ferdinand Marcos Junior, presidential candidate in the Philippines. According to the social network, these… 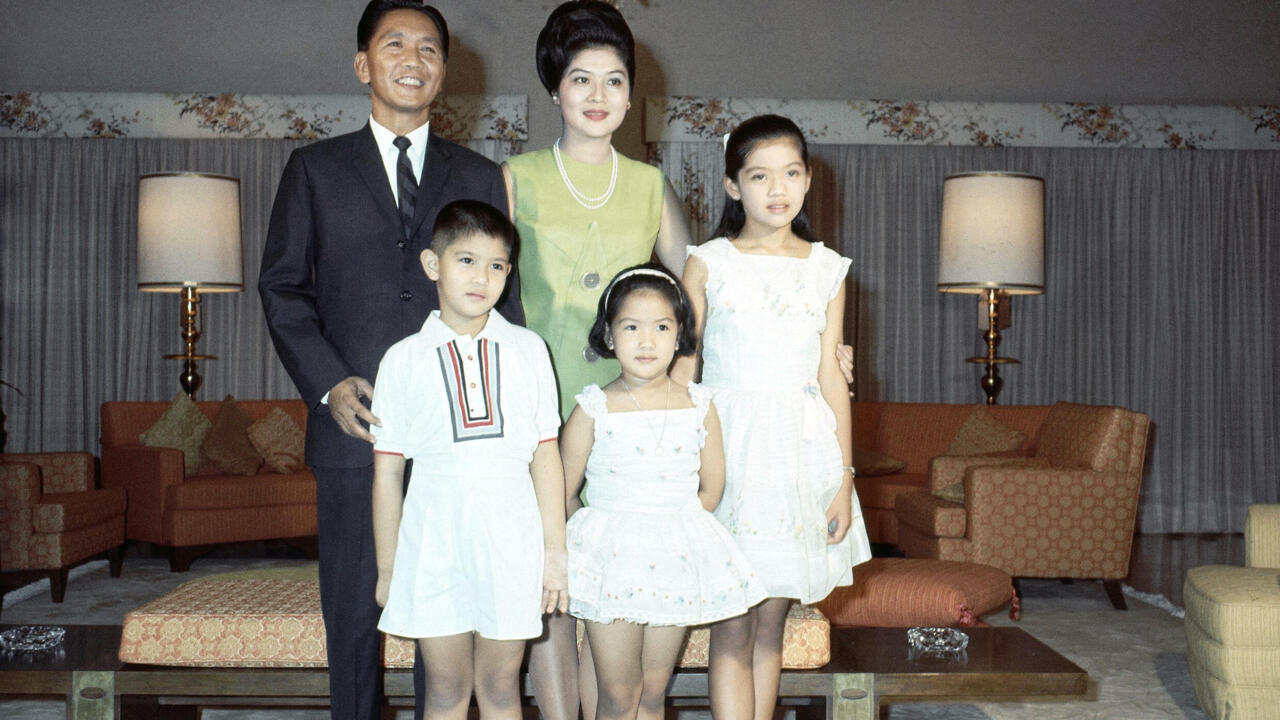 Presidential in the Philippines: the Twitter network suspends accounts linked to the candidacy of heir Marcos

Philippines, family portrait: Ferdinand and Imelda Marcos and their three children in 1965. Ferdinand Marcos junior (D) is a candidate for the next presidential election in May 2022. Associated Press

Twitter has announced the suspension of hundreds of accounts believed to be linked to supporters of Ferdinand Marcos Junior, presidential candidate in the Philippines.

According to the social network, these accounts violated internal rules on manipulation and spam.

The son and namesake of the former dictator, Ferdinand “Bongbong” Marcos Jr. is a candidate for the next presidential election, in May 2022 and his candidacy is backed by a massive social media campaign.

Recent polls give her a strong lead over her main rival, incumbent Vice President

Twitter has reviewed accounts and hashtags identified in an article published earlier this week by the Philippine online news site Rappler. At the end of this investigation; more than 300 accounts have been deleted "for having violated our platform's policy on manipulation and spam", specifies the social network in a press release sent to Agence France presse this Saturday. And an investigation is underway.

In the Philippines, the use of the internet and social networks is very widespread, according to a

survey carried out in 2020 according to which it is the country where the inhabitants spend the most time on the internet. . Thanks to the election campaign, the country has become a key battleground for fake news. “With the Philippine election in May, we remain vigilant to identify and eliminate suspicious information campaigns targeting electoral conversations”, assures Twitter.

According to Rappler, which was co-founded by

, winner of the 2021 Unesco Prize for Freedom of the Press, supporters of Marcos Jr "seek to dominate Twitter" and many of the accounts the site investigated were

created around the time

of his candidacy announcement in October. Sharing political content on an account or inciting to do so via hashtags is allowed, "unless the accounts are fake, paid or automated, which we do not have clear proof of in this case", indicates Twitter.

Marcos Jr's spokesman, Vic Rodriguez, said there was "no certainty" that all of the suspended accounts belonged to supporters of the candidate.

Marcos Jr is the heir to the Marcos dynasty -

- which ruled the Philippines from 1965 to 1986. The Marcos spouses were ranked the second most corrupt leaders in history by the NGO Transparency International.

The suspicious accounts were intended to "whitewash" the Marcos' political legacy.