Malaise: the head of the anti-corruption agency in the crosshairs of several NGOs and parties

Azam Baki is suspected of having bought 210,000 euros worth of shares a few years ago, far more than what is allowed by Malaysian law for civil servants. The main interested… 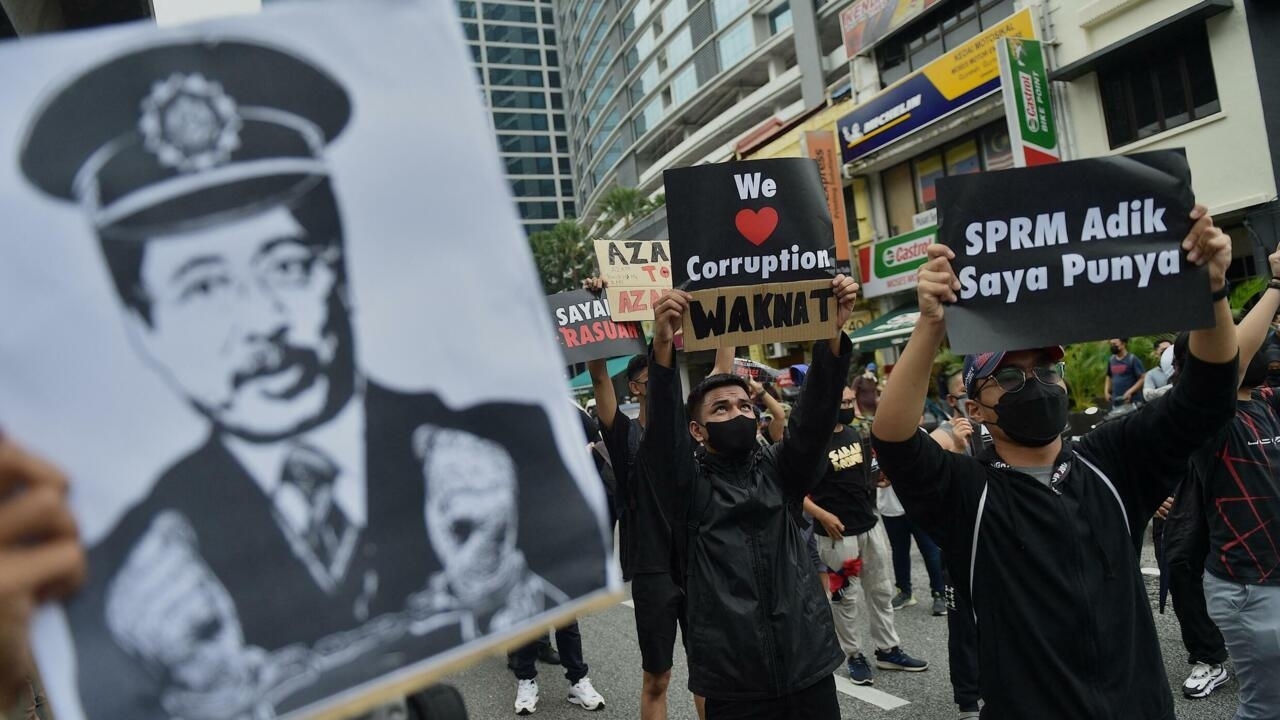 Malaise: the head of the anti-corruption agency in the crosshairs of several NGOs and parties

On the poster, the head of the anti-corruption agency (MACC), Azam Baki, suspected of holding far more shares than allowed by Malaysian law.

Azam Baki is suspected of having bought 210,000 euros worth of shares a few years ago, far more than what is allowed under Malaysian law for civil servants.

The principal concerned does not deny these facts but assures that his account was then used by his brother, information denied by the supervisory body for stock market transactions in the country.

Thirty-three NGOs and 11 political organizations in the country called for demonstrations this Saturday to demand an investigation and call for his resignation.

with our correspondent in Kuala Lumpur,

To reach this rallying point, some got up early...

By mobilizing 1,000 police officers and blocking 58 arteries in the capital, the Malaysian authorities did everything to ensure that this unauthorized demonstration did not take place, but a few hundred diehards managed to trick people like this young man. "

We had to turn back a lot of times to get here, but fortunately they weren't able to block all the streets of Kuala Lumpur. It's still very sad for all the traders who haven't been able to work, while we only want to protest peacefully…

The demonstration took place without incident but under high police vigilance.

On Twitter, some even note with a touch of irony the counter-productive effect of all the arsenal mobilized to prevent this demonstration, like this Internet user who writes: "

I thought that the Malaysian police had learned at this stage that a such an exaggerated response to a demonstration makes it a success!

This demonstration is in fact already a success, if they had just authorized the initial request to be able to march for an hour, it would have made a lot less noise

I thot @PDRMsia would have learned by now that such an overkill response to a rally makes it a success.

This rally is already a success!

If they had just allowed the initial walk for one hour it would have been over with little noise.

Online as in the street, it is also the absurd nature of the current scandal that was recalled through posts and signs reading “

In the demonstration, young and old - who remain anonymous - point under this grotesque affair the symptoms of what they consider to be a much greater scourge: "

, regrets a young girl under her mask and her protective visor,

At the end of the procession, a man a few decades older analyzes reminds him of the previous scandals that Malaysia has known and evokes the increasingly uninhibited slope of corruption in his country: "

In the past, the party currently in power already had a lot of scandals, but at least he was trying to hide it.

Today it's so blatant... And they're not embarrassed;

basically they say to the people, look: we can do what we want and get by…”

The case that occupies these demonstrators is not currently the subject of any legal proceedings.

But the journalist who had revealed the affair is the subject of a complaint for defamation.