Iranian nuclear negotiations.. News of Moscow's proposal for a temporary agreement on Tehran and Washington considers the coming weeks crucial

NBC quoted two US officials as saying that Russia recently proposed to Iran an interim nuclear agreement that includes limited sanctions relief, in exchange for re-imposing some restrictions on Iran's nuclear program. 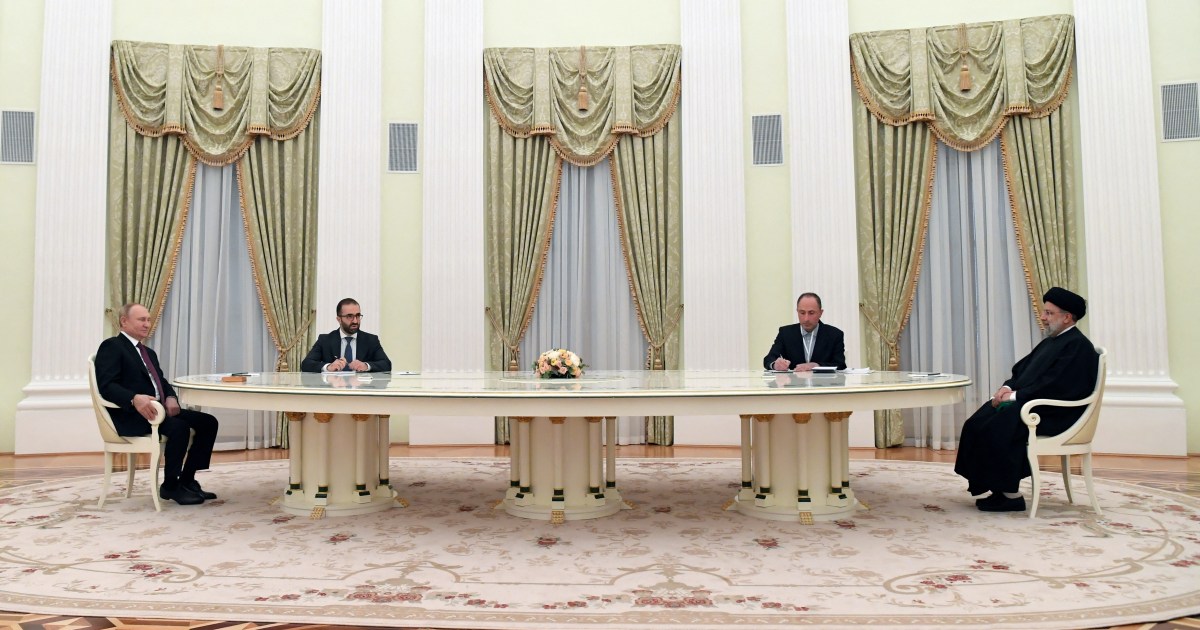 NBC quoted two US officials and other sources as saying that Russia recently proposed to Iran an interim nuclear agreement, which includes limited sanctions relief in return for re-imposing some restrictions on Iran's nuclear program, as part of an attempt to revive the nuclear agreement. .

Those sources added that the United States is aware of the Russian proposal, which comes with growing concern within the administration of US President Joe Biden that time is running out in the ongoing negotiations between Iran and world powers over the full return of the nuclear agreement.

The two US officials and other sources said Iran had so far rejected Russia's proposal.

Although the sources confirmed Washington's knowledge of Moscow's talks with Tehran on an interim agreement, senior officials in the administration of US President Joe Biden distanced the United States from the Russian efforts.

A senior US official told NBC that the United States is sure there are no serious discussions about any interim "settlement" at this point, although it is not authorized to talk about any discussions that may have taken place between Russia and Iran.

The sources indicated that if an understanding is reached on an interim Russian proposal, the United States and other governments will likely portray it as a first step toward a full return to the 2015 agreement, rather than a new or separate agreement.

US Secretary of State Anthony Blinken said that he discussed the Iranian issue on Friday in a meeting with his Russian counterpart Sergey Lavrov in Geneva, warning that there is only a limited chance for the success of the talks aimed at saving the 2015 nuclear agreement with Iran.

Blinken told reporters that the agreement is an example of possible cooperation between the United States and Russia on security issues, and urged Russia to use the influence it enjoys and its relationship with Iran to send a message of the need to speed up the conclusion of an agreement.

Blinken said that there is still an opportunity to return to the agreement, which almost collapsed after former US President Donald Trump announced in 2018 his country's withdrawal from it, but the US minister warned that Tehran's nuclear updates would frustrate any return to the agreement if no agreement was reached. A new deal in the coming weeks.

"Talks with Iran about a bilateral return to commitment to the Joint Comprehensive Plan of Action (2015 agreement) have reached a critical moment," Blinken said.

"If an agreement is not reached in the next few weeks, Iran's continued nuclear updates will make it impossible to return to the JCPOA. But at the moment there is still a chance, a limited opportunity, to bring the talks to a successful conclusion and end the concerns." to all parties."

The 2015 nuclear deal between Iran and world powers lifted sanctions on Tehran in return for restrictions on its nuclear activities, but Trump withdrew the United States from it a year after taking office.

The Biden administration and its European allies said Thursday that the remaining chance to salvage the nuclear deal was a matter of weeks, after the last round of talks during which a French diplomatic source said there was no progress on core issues.

Indirect talks between the United States and Iran on reviving the nuclear deal resumed nearly two months ago.