Foot: Worthy hit by a bottle thrown from the stands against his former club, Everton

French full-back Lucas Digne and team-mate Matty Cash were hit by a bottle thrown from the stands, seconds after Digne opened the scoring from a corner... 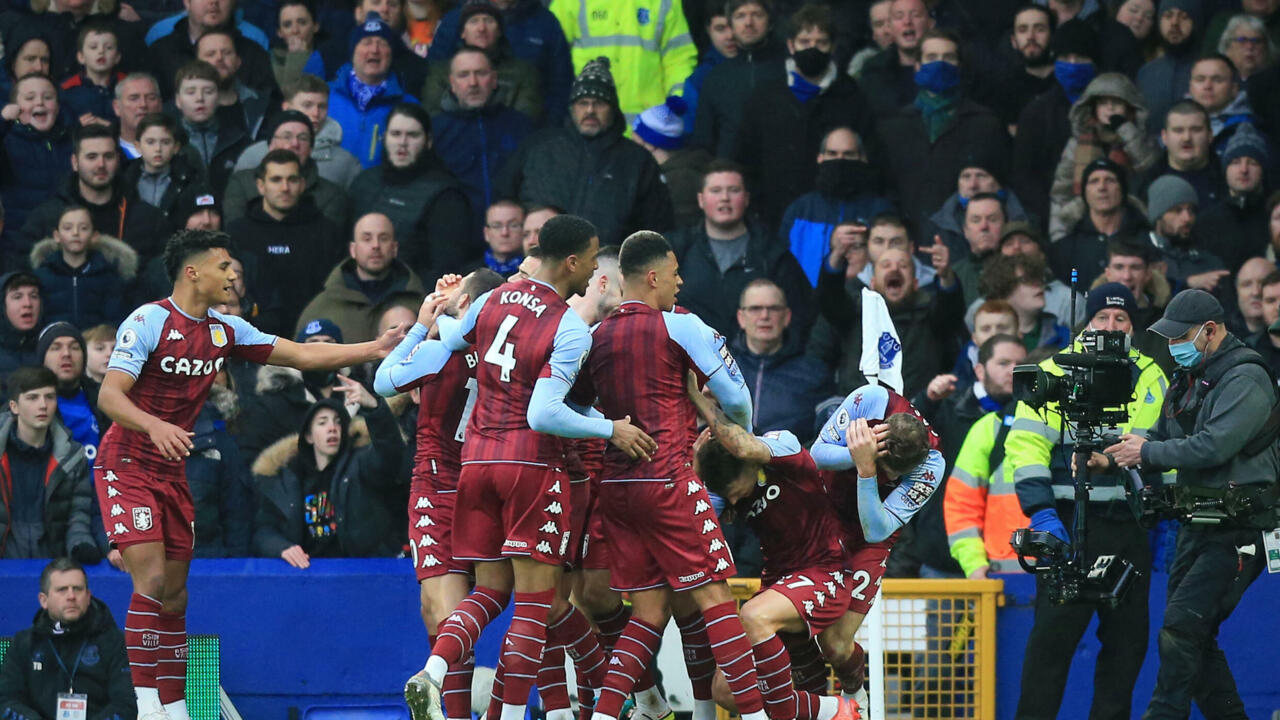 We were playing extra time in the first half, for this match of the 23rd day of the Premier League, when a corner kick taken in by Digne from the right flank of the attack, was deflected by Emiliano Buendia to deceive Jordan Pickford and give the advantage to the Villans (0-1, 45th + 2).

As the Villa players gathered in the corner where the corner had been taken to congratulate each other, a plastic bottle hit the two players who briefly went to the ground, before play resumed for a few seconds before the break.

Shortly after the match, the Everton club announced the arrest of a supporter "for having thrown a projectile on the pitch", stating that he had been identified by the security service in the stadium and thanks to the images of remote monitoring.

"Several projectiles were thrown after Aston Villa's goal at the end of the first half, one of which apparently hit two opposing players. Investigations are continuing in conjunction with the police and the club will issue a stadium ban to all supporters. who will have thrown objects, added the Toffees.

"It was crazy, she hit me in the head," Matty Cash told BT Sports after the game.

"It's really not good that this is happening, but we took the three points and we will only remember that," he added.

Former Everton player he left ten days ago, pushed out by coach Rafael Benitez - sacked a few days later for poor results - Digne was whistled before the match by his former audience.

He took revenge by delivering his first assist of the season in the league.

Two weeks ago, Franco-British Crystal Palace player Michael Olise was also hit in the head by a plastic bottle thrown by Millwall supporters during an FA Cup match, which he had contented himself with kicking off the field before resuming the match.

This incident is reminiscent of the sulphurous Lyon-Marseille, interrupted because of a projectile launched at Dimitri Payet, mid-December, in Ligue 1.

The meeting, stopped after four minutes of play, will have to be replayed behind closed doors on the OL pitch, sanctioned with a penalty point in the standings.