Ukraine: the road to war

There is an image that is usually the prelude to a war: a column of smoke rising from an embassy in hostile territory. The burning of documents and the evacuation of... 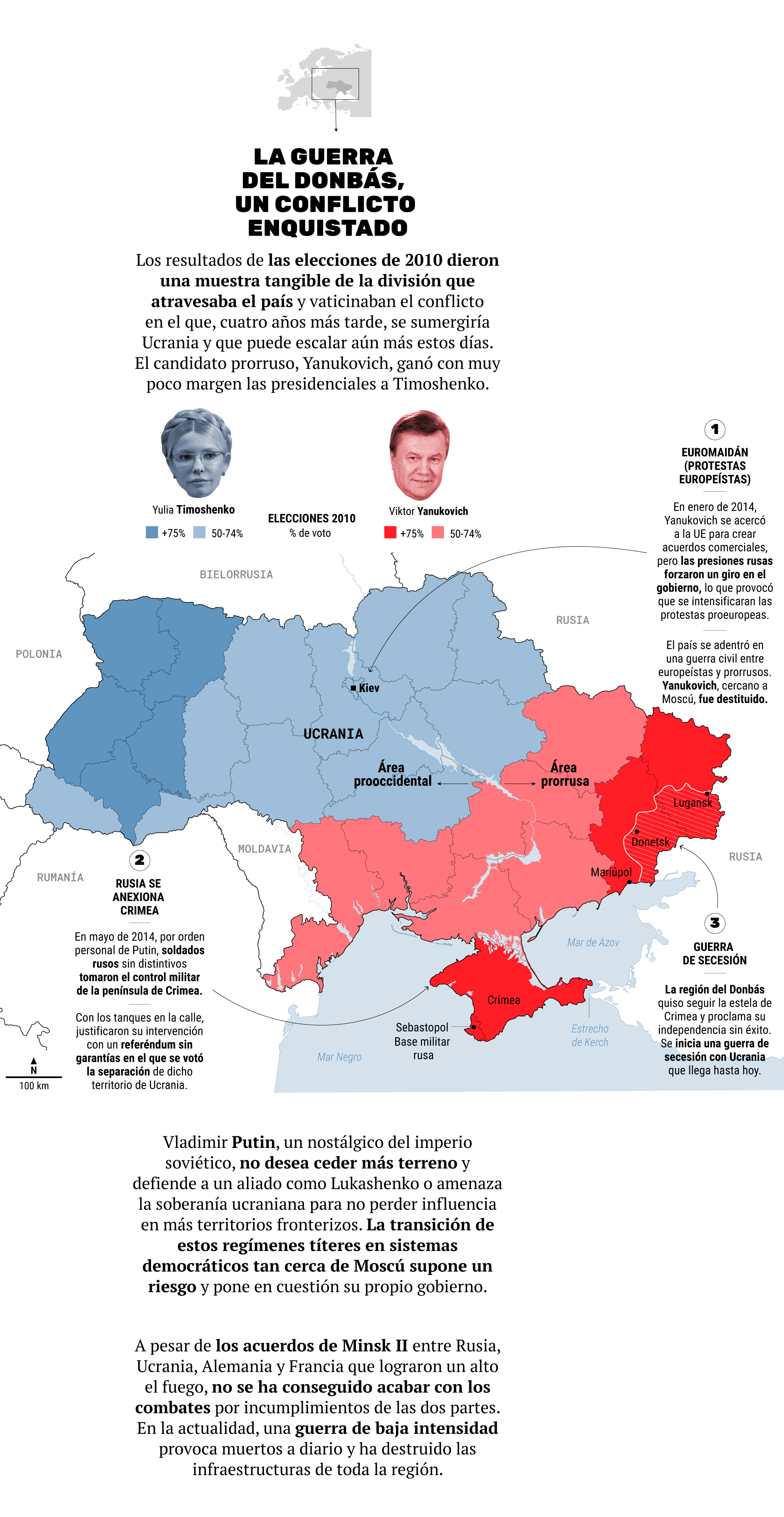 There is an image that is usually the prelude to a war: a column of smoke rising from an embassy in hostile territory.

The burning of documents and the evacuation of diplomats means that the negotiated solution has failed and the only thing left is for the weapons to speak.

Moscow has announced the departure of its diplomatic staff from Kiev, no

one has seen smoke on Povitroflotskyi Avenue, the site of the Russian embassy in Ukraine.

The muscular defiance of the Kremlin on Ukraine's borders is intended to pressure the US and NATO not to include Kiev in the Atlantic club,

an old Soviet territory over which Russia has lost control just as it lost control over the Baltic countries before. NATO has responded that it will not allow a third country to coerce a potential sovereign partner about its intentions to join the Alliance. The Pentagon warns: Russia is looking for a 'casus belli' on the ground.

Between the unacceptable demands of Moscow and the forceful Atlantic response, there is less space left for a negotiated solution.

It will take generosity and imagination, like that of John F. Kennedy and Nikita Khrushchev during the so-called Cuban Missile Crisis in 1962, ignoring their own hawks and finding a common ground that would prevent another full-scale war.

Technologies (satellite image of Russian troops on the border with Ukraine), EOM and own calculations