The Office of the Prosecutor General of Ukraine appealed against the decision of the Pechersky District Court of Kiev, which chose a measure of restraint in the form of a personal obligation for the ex-president of the country, Petro Poroshenko. 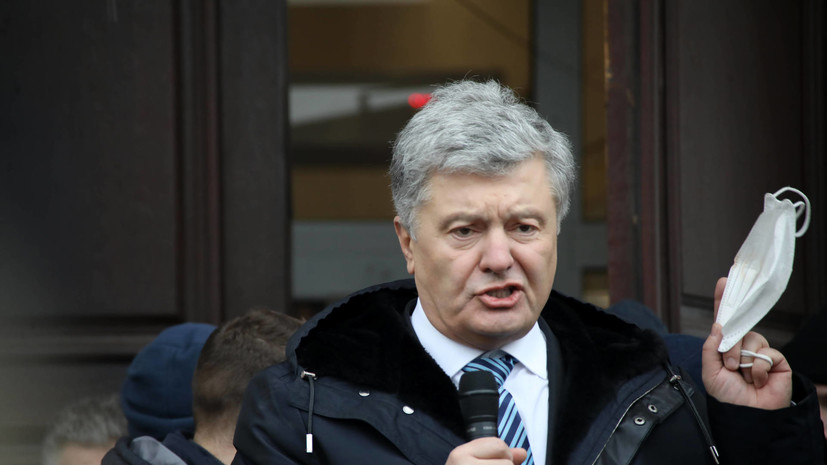 “On January 21, 2022, the office of the Prosecutor General filed an appeal against the court’s decision to apply a measure of restraint against the suspected people’s deputy, the fifth president of Ukraine, in the form of a personal obligation,” TASS reports.

The office noted that they would seek a stricter measure for Poroshenko - arrest with an alternative to bail.

On January 19, the Pechersky District Court of Kiev chose a measure of restraint for ex-president of Ukraine Petro Poroshenko in the form of a personal obligation in the case of high treason and the sale of coal from the Donbass, and also ordered him to hand over his passport.