The press secretary of the Ukrainian president, Sergei Nikiforov, explained the words of Vladimir Zelensky that if Russia decides to intensify the escalation in Ukraine, then "Kharkov may be occupied." 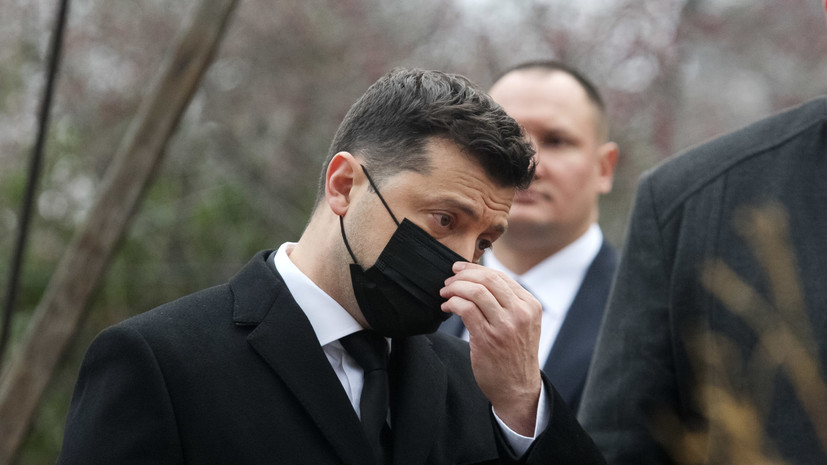 In an interview with the American newspaper The Washington Post, Zelensky expressed the opinion that Russia could intensify the escalation of the situation in those territories where people who have family ties with Russians historically live.

“Kharkiv, which is under the control of the government of Ukraine, can be occupied.

Russia needs an excuse: they will say that they are protecting the Russian-speaking population, ”Zelensky argued.

At the same time, Zelensky's press secretary subsequently stated that he believes that the phrase of the Ukrainian president was being "pulled" out of context.

“It seems to me that this paragraph is self-sufficient and does not need clarification,” Radio NV quotes him.

He added that Zelensky was "thinking about escalation."

According to him, the Ukrainian president had in mind a "hypothetical scenario."

“That is, he did not mean that Kharkiv would be occupied,” Nikiforov said.

Earlier, Russian Foreign Minister Sergei Lavrov, following talks in Geneva with US Secretary of State Anthony Blinken, said that Russia was not going to attack Ukraine.

He stressed that "Russia has never, nowhere, never threatened the Ukrainian people through the mouths of its official representatives."