The hotel sector recognizes Almeida's support during the pandemic: "We have felt heard"

The Association of Hotel Businessmen of Madrid (AEHM) has delivered this Friday to the mayor, José Luis Martínez-Almeida, a diploma to recognize the support of the Consistory to... 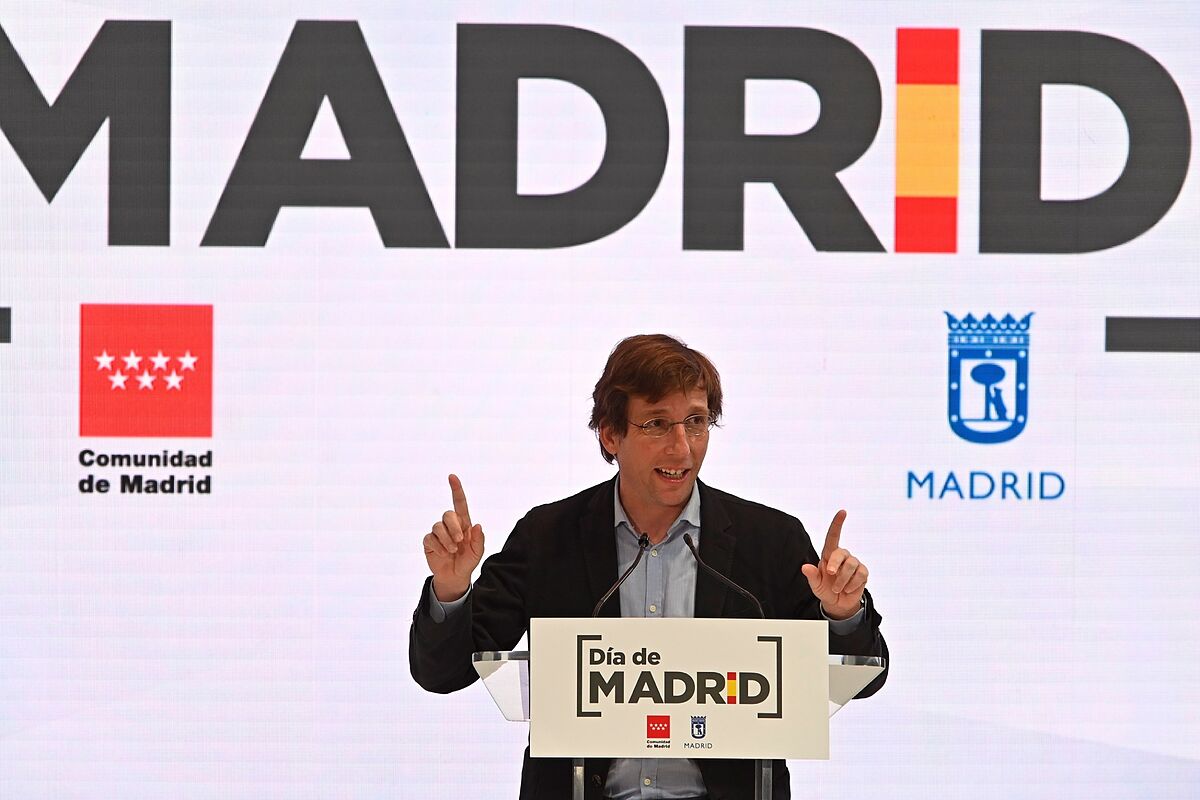 The Association of Hotel Businessmen of Madrid (AEHM) has delivered this Friday to the mayor,

, a diploma to recognize the support of the Consistory to the sector during the pandemic.

The alderman has said upon receiving the distinction that no help "

has been enough" to "keep up" with the hoteliers

Martínez-Almeida and the Delegate Councilor for Tourism, Almudena Maíllo, received this recognition at the AEHM stand at Fitur, in an act in which the president of the association, Gabriel Alonso,

thanked the mayor for his "undoubted" support and "constant"

from the City Council to hoteliers in a time of crisis that "we continue to drag" due to a pandemic that "has not yet abandoned us".

Alonso explained that, although precisely because of the pandemic the act has had to be reduced, that does not mean that

"it does not have a feeling of solemnity"

to convey "profound gratitude" to the City Council and its leaders.

"We felt listened to"

And what better setting than Fitur to recognize the work that the mayor and the Consistory have done, continued Alonso, who also wanted to highlight the fact that the municipal government has made "a reality" the

, something that he has appreciated not only as a businessman but also as a citizen.

"We have felt close, close, and we have felt listened to. I think that this is a new style that is producing what we are seeing, a situation like the one in Madrid",

the "third city as a tourist destination" in Europe, the "great unfinished business"

that the Spanish capital had until now.

Alonso has also described as a "golden opportunity" the

platform launched by the Community of Madrid with the collaboration of Ifema,

and has added that hoteliers want to "be there".

Martínez-Almeida, for his part, recalled that on March 5, 2020 he was able to

that one of the sectors that would be most affected by the pandemic would be tourism after a meeting at City Hall with hoteliers.

In line with this, he has highlighted that during the toughest stage of the pandemic, hoteliers made

: "the first, not to come down, which was important";

"the second, to help the people of Madrid in everything that could be done";

and the third, "that you were not going to lower your guard but that you were willing to recover the future as soon as possible".

and refurbishment works on the city's hotel establishments to generate infrastructures that "allowed us to compete in the global arena", he added.

Almeida has reiterated that he is "sure" that 2022 will be the year of the consolidation of tourism, and that "despite the uncertainty we are experiencing right now, that does not mean that

the data does not tell us that Madrid is currently one of the the four best urban tourist destinations in the world".

EconomyÓmicron threatens the recovery of congress tourism that starts with Fitur

Between cats and catsMaría Valcarce, director of Fitur: «Our mission is to help trips return.

They are necessary and not only for the economy.

They open the mind »