A new bombing attributed to the military coalition led by Saudi Arabia has left dozens dead in the Yemeni city of Saada, in the north of the country and a bastion of the... 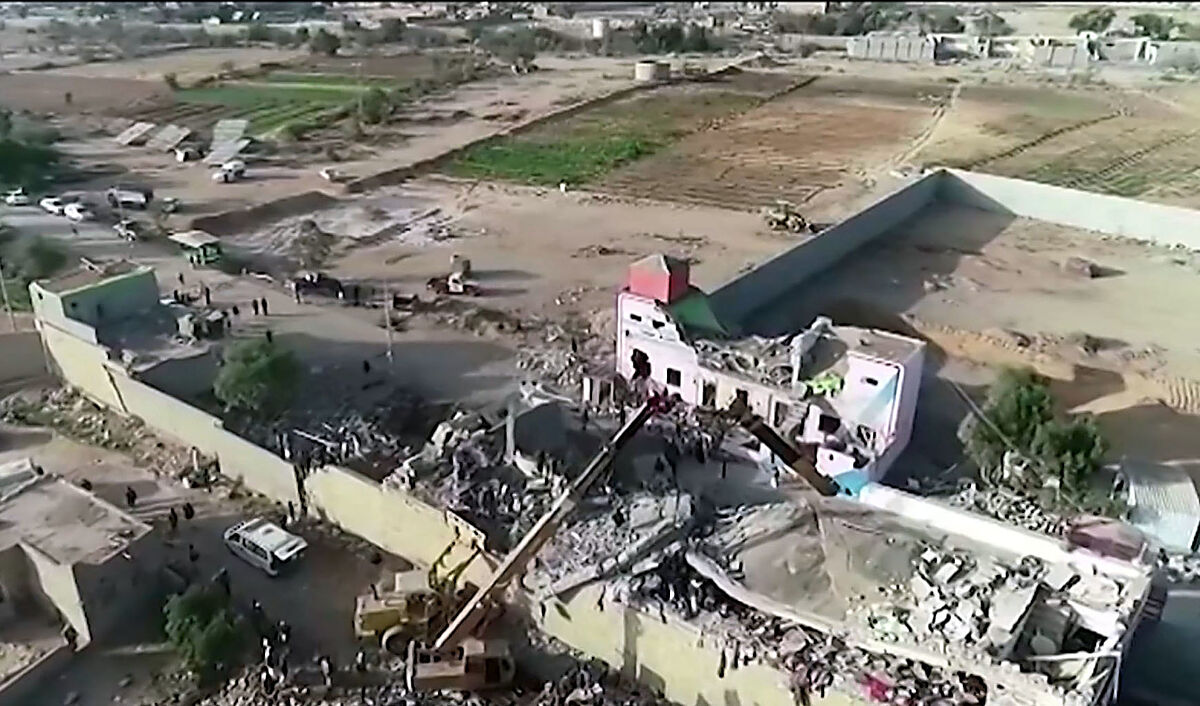 A new bombing attributed to the military coalition led by Saudi Arabia has left dozens dead in the Yemeni city of Saada, in the north of the country and a stronghold of the Houthi rebels, who this week are being

targeted by a fierce air campaign

At least 63 people have died and some 140 are injured in that attack launched on Thursday night, according to the latest count of victims offered to Efe by a source from the Health Directorate of the province of Saada, while the Minister of Health of the The Houthi government, Taha al Mutawakil, has put the death toll at 65 and the wounded at 138.

According to the source of the Directorate, who spoke on condition of anonymity, the bodies of the victims are in the morgues of three hospitals in the city of Saada, capital of the province of the same name, where medical supplies and equipment are scarce.

Al Mutawakil, for his part, called on international organizations and NGOs through the Al Masira television channel, affiliated with the insurgent movement, to

send medical planes to evacuate the wounded, since the Yemeni health system cannot cope with this "collective emergency".

For its part, the Doctors Without Borders (MSF) organization said on its official Twitter account that the Republican hospital in Saada has received

cannot treat more patients because it is "overwhelmed"

"What I have heard from my colleagues in Saada is that there are many bodies still at the site of the bombing and many missing. It is impossible to know how many people have been killed," said Ahmed Mahat, MSF head of mission in Yemen.

Meanwhile, Save the Children denounced in a statement the death of at least 60 adults in Saada and three children in the city of Al Hodeida, in southwestern Yemen, which was also the target of air strikes on Thursday night.

"precise bombardments to destroy the capabilities of the Houthi militia in Al Hodeidah,"

but has yet to confirm whether it is behind the Saada massacre.

Residents of the city told Efe that Arab coalition planes carried out three consecutive bombings on Thursday night against a two-story building that served as a detention center for defendants awaiting trial and whose roof collapsed.

Many of the victims are

African immigrants who arrive in Yemen and try to illegally enter Saudi Arabia, a

country bordering Saada, one of the main strongholds of the Shiite rebels and whose infrastructure has been severely damaged in the past nearly seven years of conflict.

The war between the internationally recognized Yemeni government and the Houthi rebels, who conquered large areas of the country in 2014, intensified in 2015 with the intervention of the coalition, accused on numerous occasions of bombing civilian targets and causing innocent victims, including children and women.

For its part, the political office of the Shiite movement denounced this Friday "the horrible massacre against prisoners in Saada province" and

described what happened as a "war crime and against humanity,"

according to a statement released by Al Masira.

The group warned that "Yemeni blood is expensive" and blamed the dead on members of the Arab coalition, including the United States, although the United States withdrew its support for the military alliance and its offensive operations in Yemen in February 2021.

This week the alliance carried out the deadliest bombardment since 2017 against the capital, also controlled by the rebels, which left

according to the Ministry of Health of the insurgent government in Sana'a.

With this action, the coalition began an intense bombing campaign in response to a rebel attack on the International Airport and an industrial zone in Abu Dhabi, which left three dead and six wounded, according to the authorities of the United Arab Emirates (UAE). ), a country that also intervenes militarily in Yemen against the Houthis.

Since Monday, Saudi planes have attacked different areas and targets, the latest being the telecommunication tower in Al Hodeida, which has caused the total interruption of the Internet connection in all of Yemen since last night and has made it difficult to know the ravages left by the latest bombings.

USA Hundreds of houses destroyed and 33,000 people with an evacuation order due to a fire in Colorado