Hand: final clap for Amandine Leynaud at the end of the season

Goalkeeper Amandine Leynaud, Olympic champion five and a half months ago with the French handball team, has decided to end her career at the end of the season, her club has announced. 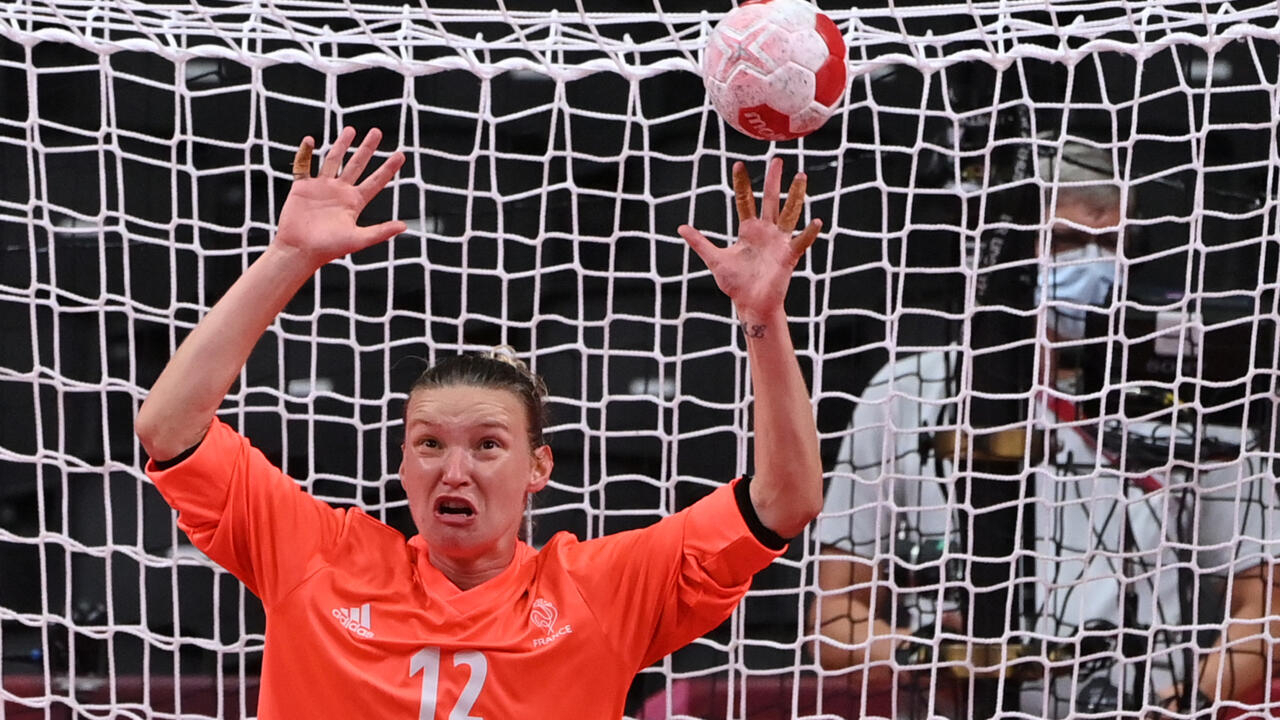 After the Olympic triumph in Japan in August, Leynaud, 35, announced that he was ending his career with the France team.

She continued one more season with Györ, a club with which she is aiming for a second Champions League after the C1 title in 2019.

"It was the hardest decision of my life to say: + I'm going to stop my career as a handball player this summer +. I feel like it's time for that now," explained the 35-year-old Ardéchoise. year.

“I am lucky to have won an Olympic gold medal with the France team in 2021 and therefore was able to complete my role in the selection,” she added.

"I'm still full of energy and motivation, my goal is to help the team achieve our goals in my last season, and I want to be able to finish my career at the club on top too!", said "Doudou ".

The Hungarian team, the best in the world, will be the big favorites for the European title in June in Budapest for the Final 4, a continental coronation which eluded them at the end of May 2021, after a defeat in the semi-final against Brest.

Leynaud, who started with the pros in 2004 near Metz, evolved from 2012 abroad, first in Romania with Valcea, then in Skopje with Vardar, before joining Hungary and Györ.

Amandine Leynaud and her teammate Cléopatre Darleux savor their triumph in the final of the Olympic handball tournament in Tokyo, August 8, 2021 Franck FIFE AFP / Archives

Winner of the Champions League in 2019, she won everything with the France team: the world title in 2017, the European title in 2018 and the supreme consecration at the Olympic Games in 2021 in Tokyo, with exceptional performances each time. who made her the best goalkeeper in the world.

In just over 250 selections, she will also have won Olympic silver in 2016 in Rio, world silver in 2011 and 2013, European silver in 2020 and European bronze in 2016, for one of the most beautiful prize list for a French handball player.

In Györ, she has been coaching goalkeepers since the summer of 2020, in a role of transmitting her know-how which could interest her in the future.

"We know how crucial the role of goalkeepers can be, so it's my duty to share because the France team has brought me a lot. If I can help future generations, it will be a bonus for me and for the team", she explained in the fall of 2021, after the Games, on the site of the French Federation.

She had made a first freelance in this role of coach of the goalkeepers during the Euro-2019 of the French U19s.