The coach of the Blues Guillaume Gille, tested positive for Covid-19, will miss at least the meetings of the Blues against Iceland on Saturday (6:00 p.m.) and Montenegro on Monday (8:30 p.m.) in the main round of… 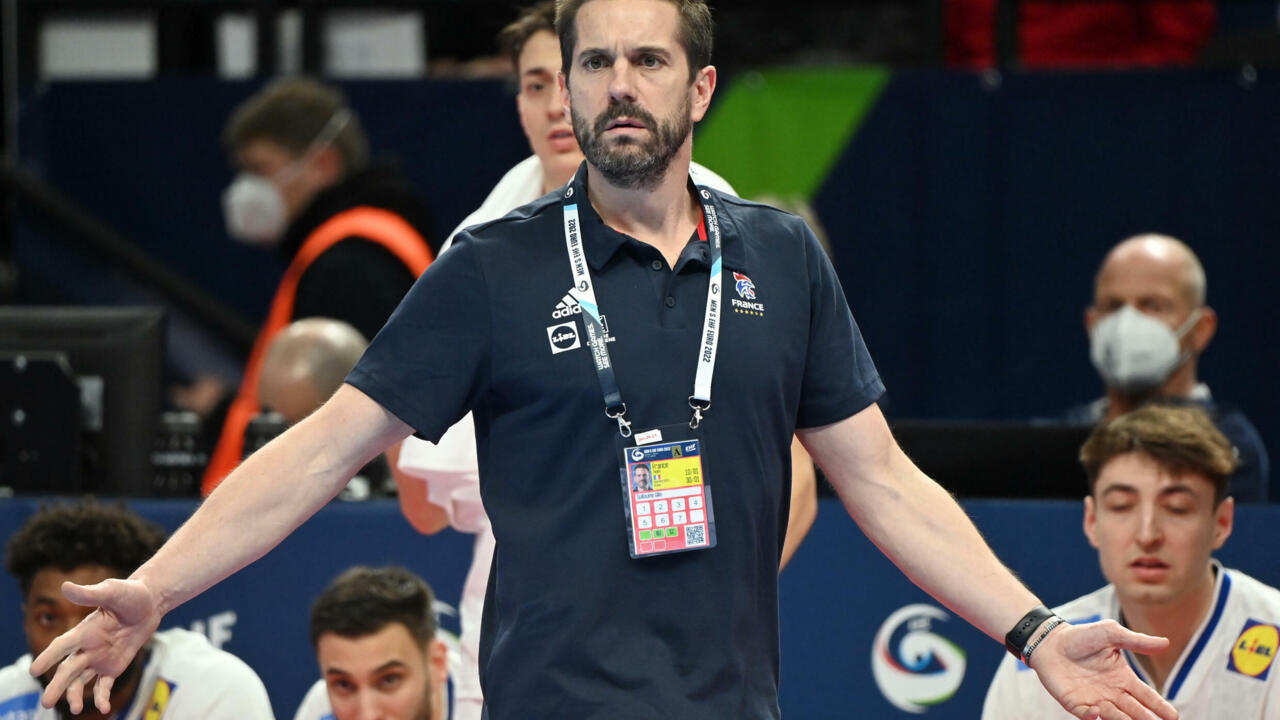 After defender Karl Konan, announced positive on Tuesday, it is now Guillaume Gille who will have to leave the French team for a while, due to contamination.

From his hotel room in Budapest, where the Blues arrived on Tuesday to play the main round of the Euro, the tricolor coach said on Friday that he had no symptoms.

"There is just the frustration of leaving the group", commented the Drômois, who will leave his place for the next few days to Erick Mathé, current assistant coach.

"I will support Erick in taking up his post. When you are in this type of mission and you are far from the group, logically, it is necessary to pass on this torch."

"Erick is someone experienced in managing pro teams," he added.

Mathé has been the coach of Chambéry (fifth in the first division) since the summer of 2018.

In order to find the group, Guillaume Gille will have to remain isolated for five days, then present two negative PCR tests spaced at least 24 hours apart, according to the rules imposed by the European Handball Federation (EHF).

Little spared during the preparation for the competition, with a dozen cases, that of their star Nikola Karabatic before Christmas and their captain Valentin Porte after the New Year, the Blues had spent a more serene first week, thus allowing them to compete in the complete the three meetings of the first round of the Euro (three victories).

But on Tuesday, the announcement of the positive case of Karl Konan, precious in defense, proved that the France team was not going to escape the omicron wave.

“Since the beginning, we have been in a perpetual adaptation, and here for once, we have to continue to reinvent ourselves,” commented Guillaume Gille, who added that since taking office in 2020 and the start of the pandemic, the Les Bleus staff "was very quickly confronted with the idea of ​​a potential replacement".

"Very early on, we had identified a resource person for each major sector."

The very precious Karl Konan slows down the Serbian Lazar Kukic with the help of Ludovic Fabregas in Group C of the Euro in Szeged, January 17, 2022 Attila KISBENEDEK AFP

On Saturday, it is therefore Erick Mathé who will sit on the bench to guide the Blues against Iceland.

Gudmundur Gudmundsson's team will be amputated by six players, including its star Aron Palmarsson (three-time winner of the Champions League in 2010, 2012 and 2021), placed in solitary confinement since Thursday, and who had already missed the defeat of his family against Denmark (28-24).

Since the start of the competition, disputed in Hungary and Slovakia, the majority of nations have recorded one or more cases of Covid-19 among their players and staff.

Croatia, for example, counted four cases after the match against the Blues at the opening of the Euro a little over a week ago, while Germany was also particularly weakened.

Hungary, a country which notably hosts the Blues during the Euro, has been strongly affected by covid-19, with more than 40,000 dead since the start of the pandemic.