CAN: a bit of a dream for a football team of Nigerian refugees

There are looks that words struggle to describe. What are these young Nigerian refugees thinking when they walk towards the Garoua stadium in northern Cameroon to support their national team? 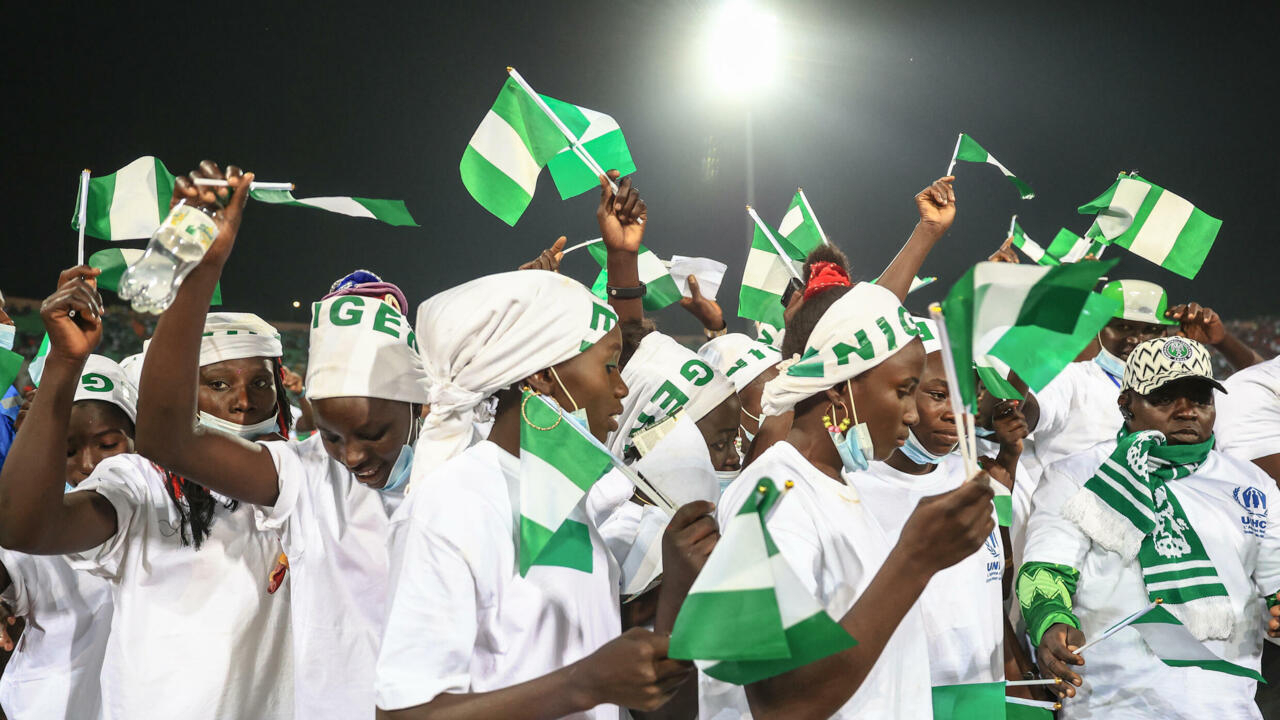 It has been years since they fled their country and the abuses of the jihadists of Boko Haram, for years they have lived in a refugee camp in Minawao, in the far north of Cameroon.

There they play football.

Aged 15 to 20, they have set up a team and train when they can, with the means at hand.

In mid-January, the United Nations refugee agency, UNHCR, provided them with tickets for the Nigeria-Sudan match.

They traveled the 200 km that separate Minawao from Garoua by bus, and slept at the hotel.

For them, everything is new.

When leaving for the stadium, one of them readjusts the "Nigeria" T-shirt which holds back her hair.

Others dusted their faces with glitter and outlined their eyes in pencil.

At each goal, they shout for joy, dance, wave a small flag.

At the end of the match, they descend on the lawn, pose for a photo with the officials of the African Football Confederation.

"It's so amazing. I'm so happy," said 20-year-old Salamata Timothy.

"Going to the stadium is an unforgettable experience for these girls. They realize that they can have dreams too. Most of them came here as children and it was the first time they had left the camp," explains Luka Isaac, refugee representative in Minawao.

Young Nigerians from the Minawao refugee camp, in Maroua in the far north of Cameroon, invited by the United Nations agency, encourage the national team during their African Cup of Nations match against Sudan, January 15, 2022 in Garoua Daniel Beloumou Olomo AFP / Archives

The day after the match, the girls return to the vast camp, bathed in a haze of sand and heat that hides the mountains on the horizon.

They return as heroines and are welcomed by swarms of children.

They are hundreds to have seen them on the television of the community center.

Opened in July 2013 at the height of the crisis to respond to the massive influx of Nigerian refugees into Cameroon, Minawao is the largest camp in the region.

With its 70,000 refugees, it looks like a small town, about thirty kilometers from the border.

The football field occupies part of a vast expanse of dented clay, bounded along its length by two blue cages.

"I arrived in 2013. At the beginning, we had shirts, shoes, but we no longer have any equipment. It has become almost impossible to play when it is so important for us, for our health and our well-being", assures Saratu Yakubu, 19 years old.

Recently, a donation from German cooperation enabled the boys to obtain a few jerseys and balls, but nothing for the women's team.

"We have passed the emergency period and the funds are dwindling because situations like that of the Nigerians are starting to be forgotten by the big donors. The needs are changing. We must now create the conditions for development", pleads Xavier Bourgois, door -word of UNHCR in Cameroon.

"If no camp is intended to last", he reminds AFP, "repatriation must be voluntary, be done in dignity and in safety".

"However, the security conditions are not sufficient," he says.

Lack of balloons... and books

On the borders of four countries - Cameroon, Chad, Niger and Nigeria - the jihadists of Boko Haram and its dissidence of the Islamic State Group in West Africa (Iswap) are still launching deadly attacks.

Since the start of this Islamist rebellion in 2009 in northeastern Nigeria, the conflict has left nearly 36,000 dead and two million displaced in this country alone.

"I dream of returning to Nigeria and becoming a doctor," says Lucy Bitrus, 18, of the Minawao women's team.

Her mother sells cakes at the market, her father is a supervisor at school.

She sleeps under a straw hut, on a mattress on the dirt floor.

Young Nigerian women who fled their country years ago following the abuses of Boko Haram jihadists await the start of training at the Minawao refugee camp on January 16, 2022 in Maroua (Cameroon) Daniel Beloumou Olomo AFP/Archives

To help her family, she sews chechias, headgear worn by the men of her region, which she resells at the market for 10,000 CFA francs (15 euros).

In her free time, she studies by the light of a small solar lamp.

The only poster in his room is Mendeleev's Periodic Table of Elements.

Lucy, who dreams of going to university, pulls out her biology book, her "favorite object": "It's not just balloons that are missing here, we also want books".