After the Houthi attack on Abu Dhabi .. Bennett offers assistance to bin Zayed and an Israeli company receives an urgent request from the UAE

The Israeli Prime Minister, the Crown Prince of Abu Dhabi, expressed Tel Aviv's readiness for security and intelligence assistance to defend the UAE, following the Houthi attacks on Abu Dhabi this week. 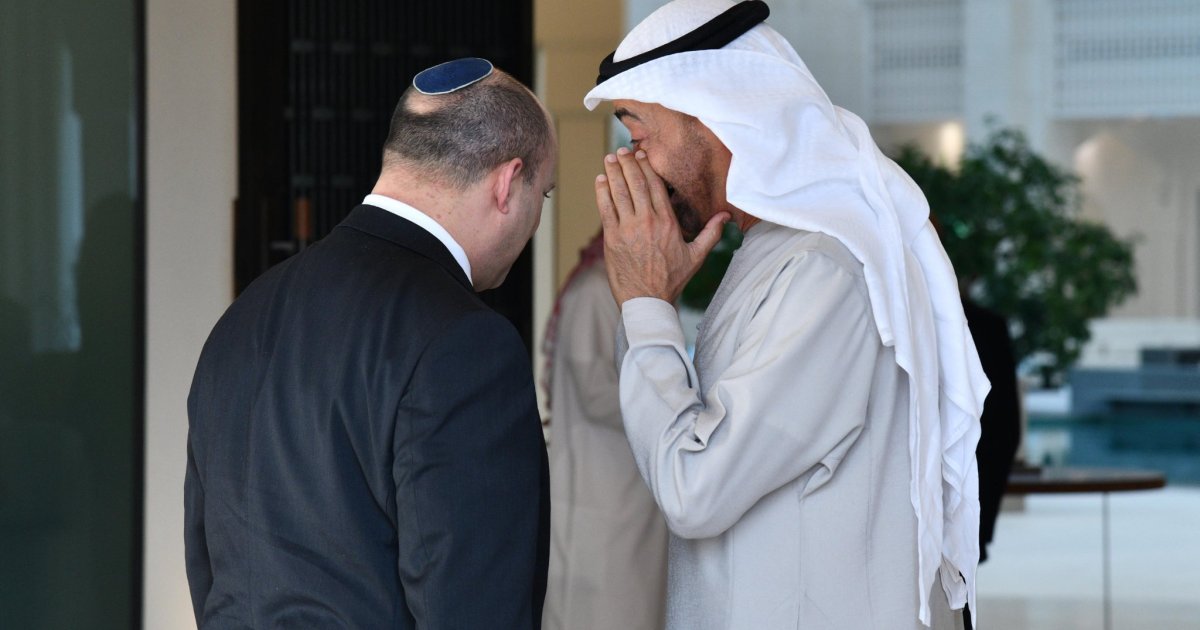 Israeli Prime Minister Naftali Bennett had a phone call with Abu Dhabi Crown Prince Sheikh Mohammed bin Zayed, in which he expressed Israel's readiness for security and intelligence assistance to defend the UAE, following the Houthi attacks on it a few days ago.

Meanwhile, the head of the Israeli company "Skylock" for Defense Systems stated that the UAE requested the company's urgent support after the Houthi attack that targeted Abu Dhabi last Monday, which resulted in 3 deaths.

In a statement issued by the office of the Israeli Prime Minister, the latter spoke by phone with bin Zayed on Thursday evening, and "expressed his condolences over the terrorist attack that was committed early this week in Abu Dhabi, and expressed Israel's support for the United Arab Emirates in this complex period." ".

According to the statement, the two sides agreed to keep in touch and to talk as needed.

For its part, the Emirates News Agency stated that Bennett, during his call with bin Zayed, condemned "the terrorist attacks of the Houthi militia on civilian sites and facilities in the UAE, which resulted in a number of civilian casualties."

It quoted the Israeli Prime Minister as confirming during the call, "his country's support for everything the UAE is doing to defend its security against these attacks."

In a related context, the head of the Israeli company "Skylock" for defense systems stated that the UAE requested the company's urgent support after the Houthi attack on Abu Dhabi.

The Israeli newspaper Yedioth Ahronoth quoted sources in Tel Aviv as saying that the UAE is looking to expand its arsenal of Israeli defense systems, and that this decision came after the recent attack on Abu Dhabi.

Last Monday, the Houthi group in Yemen announced that it had carried out a military operation, which it described as qualitative in the depth of the UAE, and confirmed the targeting of vital facilities in Abu Dhabi and Dubai by drones and ballistic and winged missiles, which resulted in 3 deaths of Indian and Pakistani nationals.

The agency added that Herzog affirmed Israel's full support for the UAE in everything it is doing to defend its security and sovereignty, as he put it.

Israeli Prime Minister Naftali Bennett also strongly condemned the attack on Abu Dhabi, saying that the Houthis carried it out "at the direction of the Iranians."

He called on the Administration and Congress to support re-designating the Houthi terrorist organization as an FTO.

For its part, the United Arab Emirates called last Tuesday for an emergency meeting of the UN Security Council on the attacks launched by the Houthis on Abu Dhabi, which prompted a response from the Saudi-led military coalition in Sanaa.

The UAE also asked the United States of America to re-list the Houthis on the list of terrorism, but US President Joe Biden said that the Emirati request is under study.