A year after a record, a rare painting by Botticelli soon to be auctioned in New York

A rare painting by Botticelli, representing a portrait of Christ, will be auctioned on January 27 at Sotheby's in New York, a year after a record 92 million dollars for a painter... 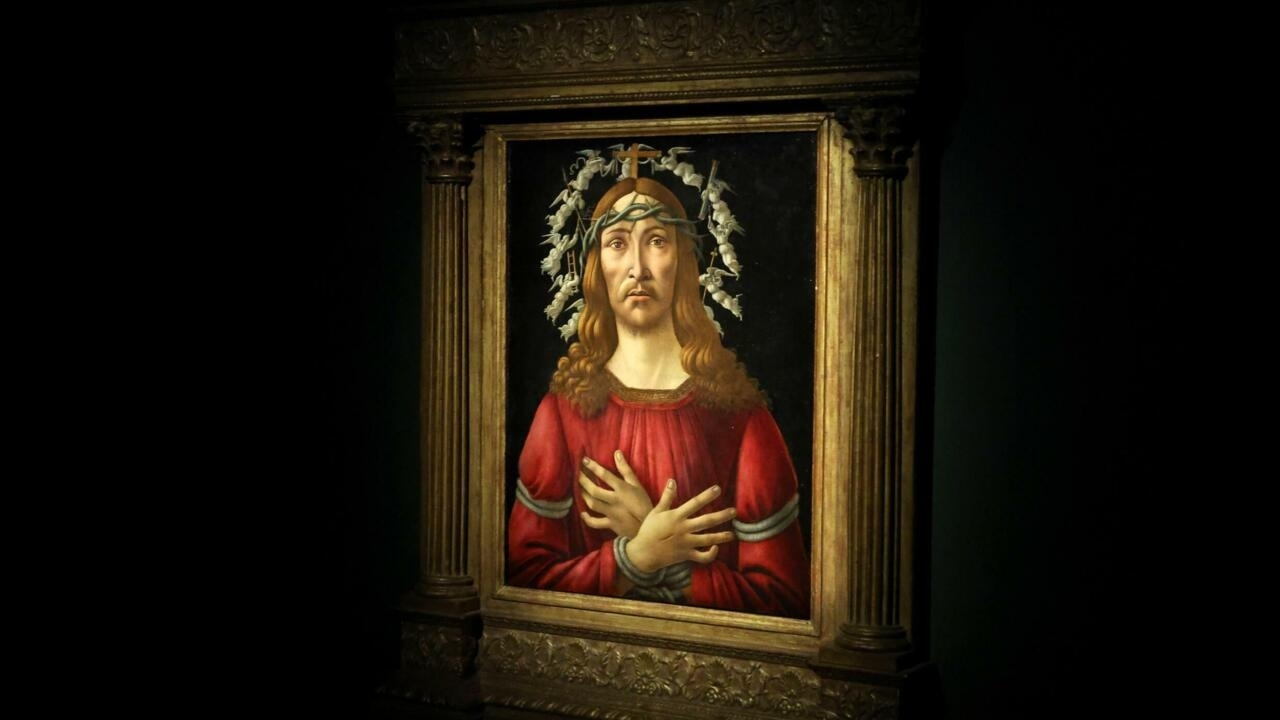 If the majority of works by Sandro Botticelli, such as the famous "Springtime" or "Birth of Venus", are exhibited at the Uffizi in Florence, the pieces circulating in private collections are much rarer.

"We estimate that there are only about five that we know of," Christopher Apostle, head of the old masters department at Sotheby's, told AFP.

"Christ as a Man of Sorrows" ("The man of sorrows"), on public display from Saturday at Sotheby's in New York, is a portrait on a black background of Jesus, with deep gaze, crown thorns around the head.

This is surrounded by angels and the hands of Christ are bound by ropes and already scarified.

"It was probably painted (by Botticelli) in his late fifties (of years)", around the 1500s, and "as one gets older, one is more introspective, more metaphysical, spiritual. This is what we see deeply in this painting", adds Christopher Apostle.

The painting, very well preserved, remained since the middle of the 19th century in the same family of collectors who shared their life between England and Italy, before being sold to its current owners in 1963, at auction, for 10,000 pounds sterling at the time, we explain at Sotheby's.

"For the time, it's a significant price," said Mr. Apostle, while the auction house set its estimate at more than 40 million dollars.

In January 2021, a painting by Botticelli, the "Young man holding a medallion", had sold for 92.2 million dollars at auction in New York, still at Sotheby's.

It was an auction record for the Italian painter, whose frescoes adorn the Sistine Chapel in the Vatican.