Will they face each other in the 2024 elections? .. This is how Biden differed from Trump in the first year of his rule 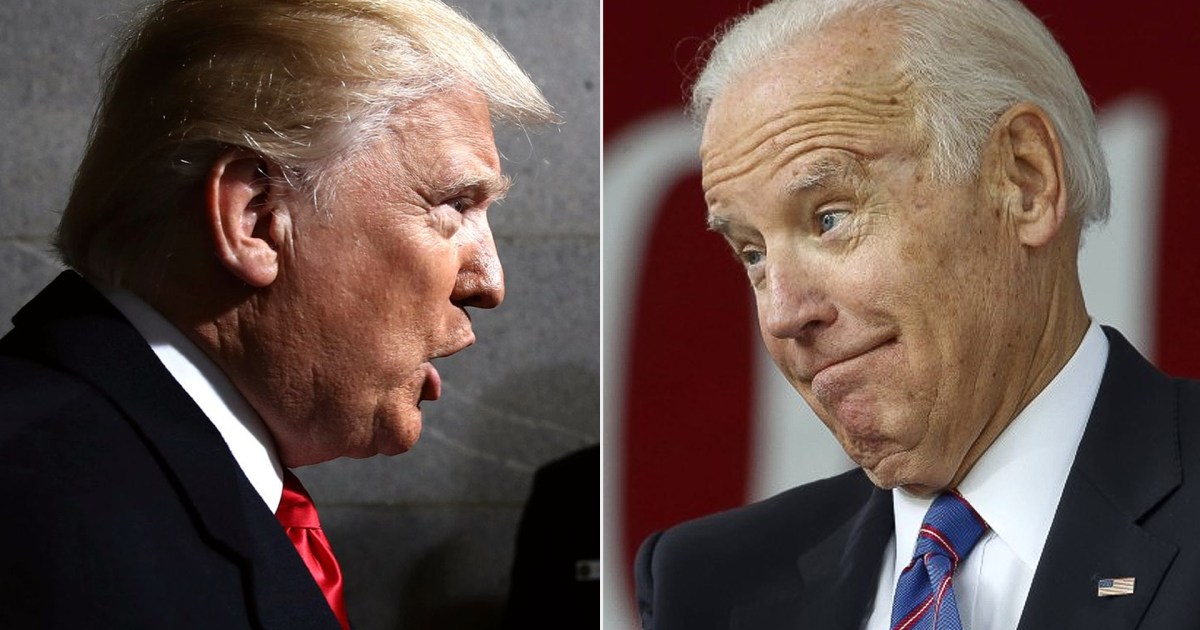 - On this day last year (2021) President Joe Biden took office in Washington from the corridors of half a century of political practice in the heart of Washington, DC, to become the 46th president of the United States.

Four years before that, former President Donald Trump came to the White House from outside Washington, becoming the 45th president in American history, despite his lack of any electoral experience, and his not holding any political positions.

Biden and Trump's popularity plummeted in the first year

During the first year in office, satisfaction with the policies of both presidents, Trump and Biden, deteriorated roughly.

These percentages are the lowest among all American presidents throughout the presidential history, in which the majority of Americans express their dissatisfaction with the performance of a president during his first year in office.

Some analysts attribute this to the deepening of the sharp polarization between the two parties, and the existence of rising currents that deviate from the line of the two traditional parties, such as the right-wing of the Republicans and the progressive current of the Democrats.

Hence came the first year of Trump’s rule, stormy and full of fiery speeches and sudden decisions. Trump began his rule with a vengeful and populist inauguration speech. Trump’s speech came as a declaration of war on Washington and its traditional elites. This speech also gave an idea of ​​the tone and style that will characterize his subsequent policies and speeches. .

Indeed, Trump began his tenure of office with battles caused by presidential orders consistent with his electoral promises to withdraw from the Paris climate agreement, ban entry to citizens of several Muslim countries, and start building a separation fence at the US-Mexico border.

Biden and the speech of uniting Americans

On the other hand, Biden's presidency began in circumstances that ravaged Washington, DC, where it came two weeks after thousands of Trump supporters stormed the Capitol in an attempt to obstruct the ratification of the election results, Trump himself refused to admit he had lost the election, and the majority of Republicans rejected the results of the 2020 elections.

Hence the beginning of Biden's conciliatory rule in an attempt to bridge the divisions between Americans.

"This is America's day, this is democracy's day," Biden said in his inaugural address, "America has been tested anew and risen to the challenge..." With unity we can do great things together, important things, and we can right wrongs... America once again, the leading force for good in the world.

With these phrases, and others like them, Biden, as the new US president, tried to send messages to the American interior and the world about the start of a vast process of change following the end of President Donald Trump's rule.

Biden canceled many of Trump's initiatives and decisions during his first year, the most important of which was canceling the entry order for citizens of several Muslim countries to America, returning the United States to the Paris climate agreement, and stopping the construction of the separation fence at the Mexican-American border.

Despite Joe Biden's pledge to be president for all Americans, an analytical look at his ambitious legislative agenda, and how it was dealt with in Congress, especially by Republicans, in addition to the nature of appointments to senior positions in his administration, indicates Biden's great neglect of the Republicans.

After a year in office, Biden does not seem to have succeeded in his pledge to return the American political process to its traditional nature of wide differences between the two parties, Republican and Democratic, with a wide area of ​​agreement on basic issues, and several non-partisan issues require the two parties to work together. From combating the ongoing repercussions of the spread of the Corona virus to confronting the economic deterioration due to the pandemic, to proposals to reform electoral systems, which Biden has failed so far.

Despite his defeat in the 2020 election, and his ban from most social media, former President Trump remained a strong presence during the first year of Joe Biden's rule.

Biden does not refer to Trump by name when referring to him in an attempt not to draw attention to him, but Trump has become an important factor in the calculations of Biden and the Democrats, whether with regard to the Congressional elections in 2022, or towards amending the policies followed by Trump, or looking forward to the 2024 elections.

Trump, for his part, is poised to play a big role in the midterm elections as a possible prelude to another presidential run.

Americans are apprehensive about re-running the scenario of the 2020 elections again in 2024, especially with Biden indicating his desire to be re-elected, and Trump's assertion that he will run in the elections as long as he is healthy and able to do so.

Biden is now 79 years old, the oldest age of an American president in history, and he will be 82 by the time of the 2024 elections, while Trump is 75 years old, and he will reach 78 years in the upcoming elections.

Only 41% of Democratic voters believe that Biden will have a better chance of winning the 2024 elections than another Democratic candidate, while 57% of Republicans believe in Trump's ability to win the 2024 elections if he participates in them, at the same time the majority of Americans want to turn Biden's page. Trump and start a new page without them together.