During the night until Thursday, two truck accidents occurred on the E4. A lane was blocked which led to long queues. No people were injured. 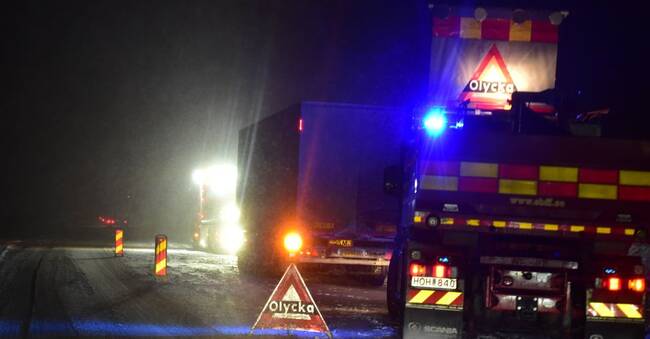 On Thursday morning, two truck accidents occurred on the E4.

The rescue service received the alarm shortly after 06:00 in the morning and it was a single accident.

A truck had run off the road and this led to a lane being closed.

The Swedish Transport Administration announced that it expects to have salvaged the truck at half past eight.

During the salvage work, another lane may be closed.

Earlier in the morning, another accident also occurred on the E4 between Hölo and Järna where two trucks and a car were involved.

No people were injured.