Israel struck a deal on Thursday to buy three submarines from Germany, as Israeli government ministers prepare to vote on forming a commission of inquiry into the agreement, in which an investigation into allegations of corruption and bribery has already resulted in several indictments. 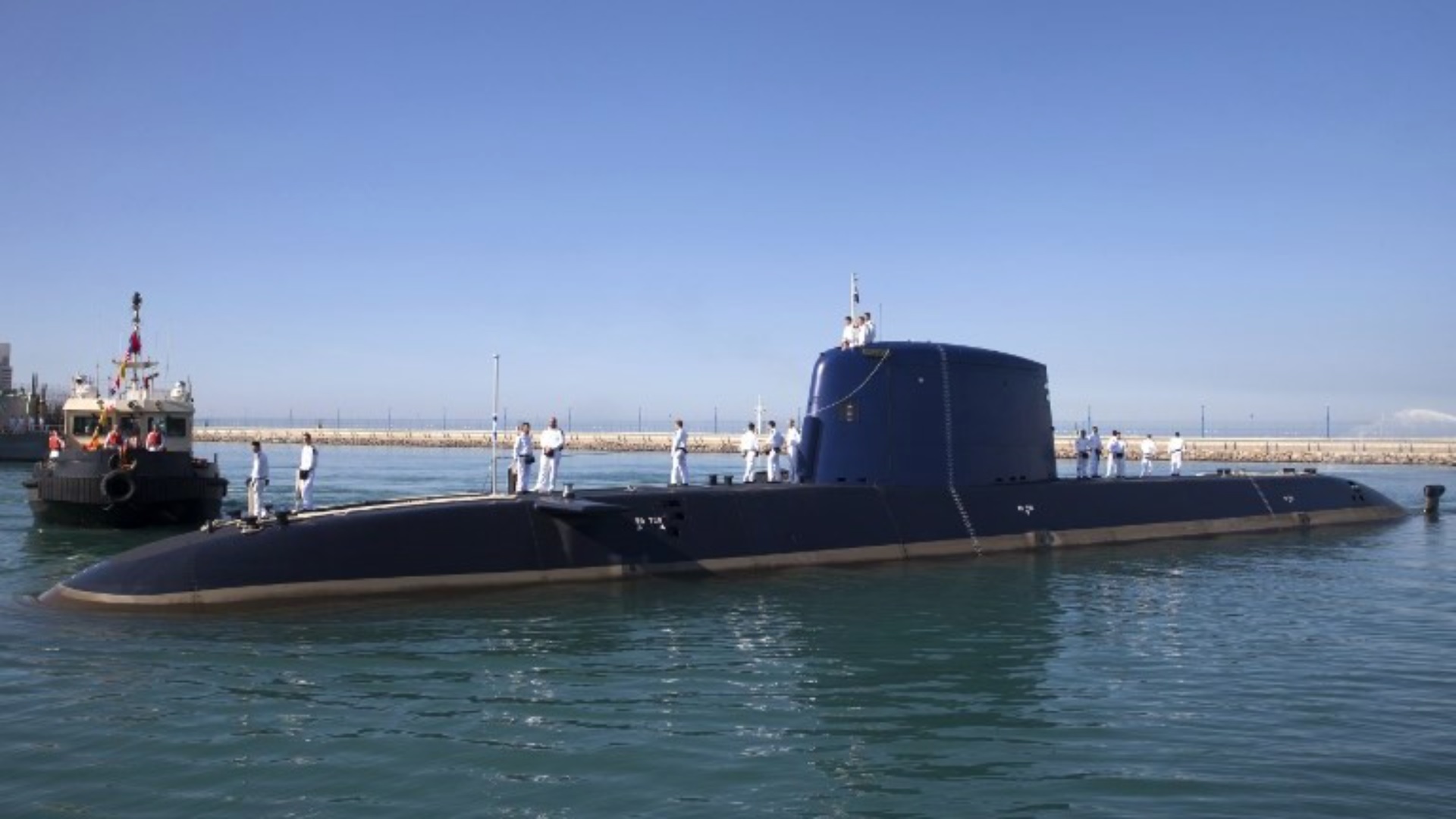 Israel sealed a deal on Thursday to buy three submarines from Germany, as Israeli cabinet ministers prepare to vote on forming a commission of inquiry into the agreement, in which an investigation into allegations of corruption and bribery has already led to several indictments.

According to the "Times of Israel" website, under the agreement, Israel will purchase advanced submarines from the German shipbuilder, ThyssenKrupp, worth 3 billion euros.

The first of these submarines, which will form a new class of submarines called "Dakar", will be delivered within nine years, according to a statement issued by the Ministry of Defense.

Part of the cost will be funded by the German government via a grant in accordance with an agreement signed between the two countries in 2017.

The submarines, an upgraded version of the current diesel-electric Dolphin class that Israel already owns, will be among the most advanced of their kind in the world.

The agreement also provides for the construction of the simulator in Israel, as well as logistical support and the supply of spare parts.

Defense Minister Benny Gantz said in the statement: "The purchase of three advanced and operational submarines joins a series of measures we have taken last year in the process of arming and strengthening the Israeli army."

He said that the new submarines will improve naval capabilities and help maintain Israel's military superiority in the region.

Gantz thanked the German government for its support in moving the deal forward and for its "commitment to Israel's security."

The agreement was concluded by the Director-General of the Ministry of Health, Amir Eshel, and the CEO of ThyssenKrupp, Rolf Virts, at the IDF headquarters "Hakriah" in Tel Aviv.

Among a number of high-ranking officials who attended the ceremony was the commander of the Israeli Navy, David Selma.

The Marker news website reported earlier this week that over the past year of negotiations to finalize the deal, the price of the submarines has risen by around €1.2 billion, nearly doubling the total cost.

A parallel strategic industrial cooperation agreement signed by the Ministry of Economy and Industry with the German company also provides for reciprocal purchases by ThyssenKrupp and its suppliers of Israeli products, including security equipment, worth more than 850 million euros to be purchased over 20 years.

"This will open up new markets, vocational training, technological development, job opportunities, and a positive flow for both the Israeli economy and the defense establishment. This is a detailed agreement, with investment components that were agreed upon in advance," the Gantz-led Defense Ministry said.

"It is very important, within the framework of the understandings, to include projects that allow the development of new specialties and opportunities for Israeli companies, especially in priority areas," she said.

Meanwhile, cabinet ministers are expected to vote on Sunday to establish a government investigation committee into submarine procurement, according to a statement on Wednesday for the agenda of the weekly cabinet meeting.

The vote to open the investigation into the so-called submarine affair was originally scheduled for this week, but was removed from the agenda at the last minute.

The newspaper "Haaretz" reported that concern over the possibility of canceling the submarine purchase deal was behind Prime Minister Naftali Bennett's decision to postpone the cabinet vote.

However, unnamed sources familiar with the deal told the newspaper that the signing of the new agreement could in fact pave the way for Israel to form an investigation committee, as Germany indicated that the deal could continue even if the investigation ended with exposing the existence of pre-existing corruption.

Several ministers, led by Gantz himself and Foreign Minister Yair Lapid, have long vowed to investigate allegations of a massive bribery scheme in the shadowy submarine deal.

Activists also organized demonstrations to demand the formation of an official investigation committee.

Several of those involved in the purchase were indicted in the case, including close associates of former Prime Minister Benjamin Netanyahu, who lobbied for the deal to go through, but not the former prime minister himself.

Suspicions of corruption and subsequent indictments were dealt with by the police in what is officially known as Case 3000.

The scandal also involved the sale of two Dolphin-class submarines and two anti-submarine warships by Germany to Egypt, allegedly approved by Netanyahu without consulting or notifying then-Defense Minister Moshe Ya'alon and then-IDF Chief of Staff Gantz.

Israel has long been granted an unofficial veto over such sales by Germany.

In October, the public prosecutor told the High Court of Justice that it did not believe that a criminal investigation into Netanyahu's conduct in the case was warranted.

The current opposition leader is on trial in three separate corruption cases, but there are reports that he is close to striking a deal with the prosecution.