The number of repeated cases of COVID-19 has increased by 5-10 times: the Omicron strain has been detected in 55 regions of Russia

The omicron coronavirus strain has already been identified in 55 subjects of the Russian Federation, it accounts for almost 44% of COVID-19 cases, and the delta mutation accounts for more than 56%. Hoarseness, runny nose, sore throat and sore throat are the most common symptoms of the omicron strain, the Ministry of Health emphasized. During the day, 9167 patients were hospitalized in Russia, which is 3.8% lower than in the previous 24 hours. 930 people were hospitalized in Moscow, 414 in St. Petersburg. In total, 38,850 cases of COVID-19 were detected in Russia per day, 24,478 people were discharged after recovery, and 684 patients died. 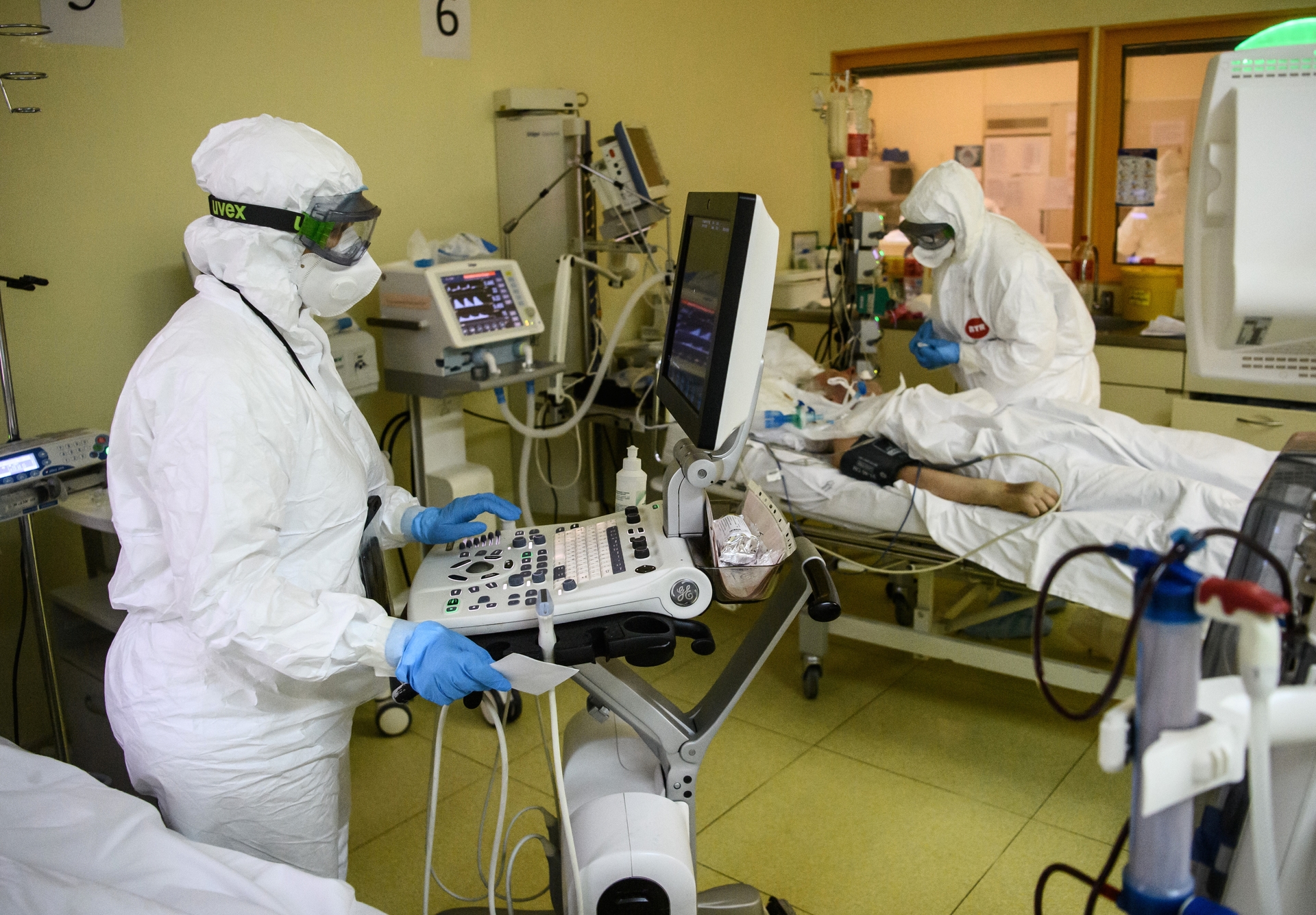 In Russia, 9,167 people were hospitalized over the past day - this figure is 3.8% lower than in the previous 24 hours.

The largest number of new episodes was recorded in Moscow (11,557) and St. Petersburg (4,753), where daily highs have been recorded since the start of the pandemic for both cities.

In just one subject of the Russian Federation, the number of new cases exceeded 700 - in the Moscow region (2795).

The total number of coronavirus cases registered in the country has reached 10,938,261. Since the start of the pandemic, 9,950,333 people have recovered in Russia, and 324,060 patients have died from complications.

As of January 20, the omicron coronavirus strain has already been detected in 55 regions of Russia, the headquarters for combating COVID-19 reported.

On January 18, this SARS-CoV-2 mutation was detected in 42 subjects of the Russian Federation.

At the same time, the Delta strain still retains its dominant position in Russia - it accounted for 56.2% of COVID-19 cases, while Omicron already accounts for 43.8% of the detected cases of the disease in the country.

In connection with the arrival of a new strain in Russia, the number of repeated cases of coronavirus has increased, said Minister of Health Mikhail Murashko.

According to him, there is an increase of five to 10 times.

“Today, the Omicron strain is spreading on the territory of the Russian Federation.

The system is rebuilt according to the features of the flow.

We prepared for this in order to study the forms of work, develop new methods, ”said Murashko, quoted by RIA Novosti.

People's Artist of the USSR Oleg Basilashvili was among those re-infected with COVID-19.

“I was already sick, vaccinated.

This is the second time we've found it.

I would not talk about it at all, but one film crew wanted to come to film the film.

I told them that they couldn't come to me.

Hence all the news, ”the 87-year-old actor explained in a conversation with RT.

He said that he feels well, the disease is asymptomatic.

Recall that in January 2021, Basilashvili was hospitalized with COVID-19.

He was subsequently discharged from the hospital and continued his treatment at home.

The most common symptoms of the disease strain "omicron" are hoarseness, runny nose, sore throat and sore throat.

At the same time, the loss of smell and taste began to be recorded less frequently.

This was announced by Oksana Drapkina, chief freelance specialist of the Ministry of Health for therapy and general medical practice, director of the National Medical Research Center for Preventive Medicine, TASS reports.

In turn, Andrey Kryukov, the chief otorhinolaryngologist of Moscow, noted that the symptoms of the omicron strain are similar to those of a cold.

He also warned against the use of antibiotics, as they will not help, and you can take them only as directed by a doctor.

“Treatment should be started from the first days of the disease and not delayed.

The symptoms of the new strain are very similar to the common cold - nasal congestion, pain and sore throat, <...> Omicron should be treated in the usual ways, ”the specialist explained.

The Moscow operational headquarters also indicated that in Moscow the level of hospitalizations with COVID-19 remains at a stable level - 930 people over the past day.

At the same time, 489 patients are on mechanical ventilation.

“Over the past week, the number of new cases has more than doubled, over the past two weeks - 2.7 times.

Taking into account the properties of the new version of the virus, its contagiousness, the trend towards an increase in the incidence will obviously continue.

Despite this, the number of hospitalizations increased by only 10.5% over the week, and the proportion of hospitalized patients from the number of cases identified over the past four days remains stable and does not exceed 10%, ”said Anastasia Rakova, Deputy Mayor of Moscow for Social Development.

According to her, almost 14 thousand beds for patients with COVID-19 have been deployed in the capital, of which only 50% are occupied.

She also said that about 12,000 rapid tests for coronavirus are being carried out in the city, and the capacity can increase this number to 17-20,000.

“There are 17 city laboratory centers and seven private laboratories in Moscow for diagnosing COVID-19 by PCR, they process 50-52 thousand samples daily, if necessary, their capacity can be increased to 60 thousand per day,” she added.

“Mass isolation is stupid, it should not be done already, but it is necessary to isolate those who are not vaccinated and who have contraindications,” RIA Novosti quotes him.

The former chief sanitary doctor of the Russian Federation also admitted that the COVID-19 pandemic could end in a few months, in May.

Irina Isakova-Sivak, Doctor of Biological Sciences, Head of the Laboratory of Immunology and Prevention of Viral Infections of the IEM Virology Department, in a conversation with RT, urged citizens to get vaccinated and follow preventive measures.

“The same as before: mask, social distance.

If there are any symptoms, then stay at home, isolate.

The only thing is that in addition, more testing should be done,” she said.

- According to statistics, of course, those vaccinated get sick less severely, they have a milder course of the disease, so it is recommended to be vaccinated.

But it is advisable to protect yourself for some time after vaccination.

The chief researcher of the National Research Center for Epidemiology and Microbiology named after V.I.

“I would recommend that those who have not yet been vaccinated get vaccinated.

It is necessary to comply with all the anti-epidemic measures provided: wearing masks, preferably of improved quality, especially in transport, washing hands and social distance, as well as, if possible, working through remote access, ”the RT interlocutor emphasized.