Covid-19 in Quebec: excess mortality in retirement homes during the first wave

Inquests, including that conducted by the Coroner, and reports are piling up on the dramatic death rate of elderly people during the first wave of Covid-19. In the spring of 2020, about 10… 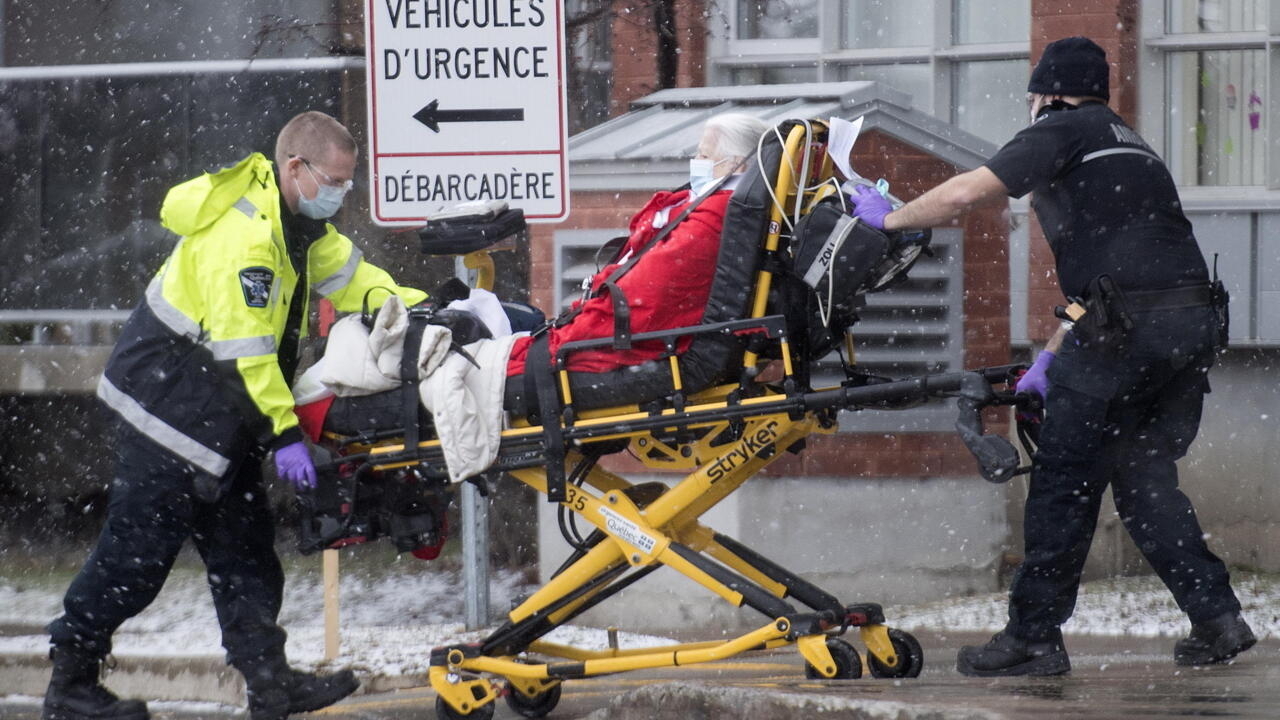 Covid-19 in Quebec: excess mortality in retirement homes during the first wave

Transfer of an elderly patient with Covid-19 to the hospital on December 28, 2020 in Montreal.

Inquests, including that conducted by the Coroner, and reports are piling up on the dramatic death rate of elderly people during the first wave of Covid-19.

In the spring of 2020, about 10% of patients in care centers for the elderly died from the virus or from lack of care by staff who were themselves sick or absent.

From our correspondent in Quebec,

The findings published yesterday, Wednesday, by the Health and Welfare Commissioner are quite damning towards the Quebec government.

The commissioner does not mince words: Quebec was not ready to face such a pandemic, according to her.

Up-to-date plans to deal with such a disease were lacking, as well as infection prevention and control measures.

But above all the government was slow to react to the carnage of the elderly housed in care centres.

►Also listen: Covid-19 in Quebec: the carnage in retirement homes has traumatized caregivers

Because the first months, the watchword was simple, protect the hospital.

From then on, the hospitalized patients were transferred to care centers for the elderly where they contributed to spreading the epidemic.

And then there is no question of having access to respirators in the hospital for patients in respiratory distress.

Added to this is a mobility of staff which has also contributed to spreading the virus in different establishments.

All this, according to the commissioner, while the government did not have an effective lookout to take stock of the carnage that was taking place behind the walls of nursing homes.

The most vulnerable forgotten

This report is exactly in line with the one already presented by the Public Protector, and the hearings currently taking place before the Coroner, a body that makes recommendations. Clearly, the Government of Quebec neglected the most vulnerable people in society at the start of the pandemic, those of the fourth age who often suffered from various physical or cognitive ailments. Neglect in the image of the budgets allocated to this sector and which have greatly decreased in recent years while this segment of the population is experiencing a strong increase.

Will this severe acknowledgment of failure make it possible to change things?

Already the Minister of Health takes note of the report and assures that the changes are already underway.

Among the recommendations, the necessary distinction between scientific advice and political decisions figures prominently.

Many in Quebec criticize the Director of Public Health for his too close proximity to the Premier of Quebec, which undermines public confidence.

The Commissioner for Health and Welfare also suggests that the Ministry of Health give the management of establishments caring for the elderly more latitude.

By involving the community and users more.