Electricity prices in December have been higher than ever before. Now Erik Kornfeld, CEO of Karlstads energi, says that those who are unable to pay can get the opportunity for an installment plan. - If you are a good payer already and have a difficult time, we can offer an installment plan, he says. 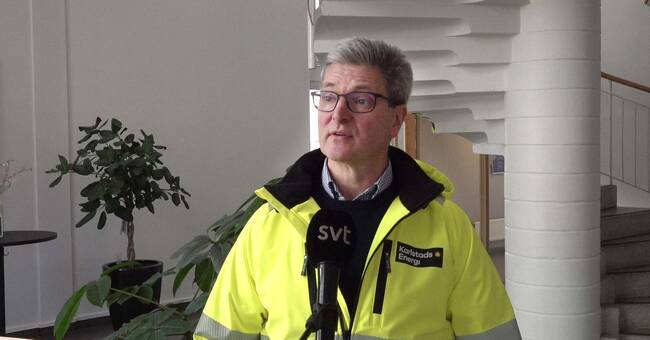 For many, the electricity bill for December came as a shock.

The municipal company Karlstads energi has received many calls from customers who are worried about the high electricity bill.

One hour at the beginning of December, the electricity price for Karlstads Energi's customers was almost 20 times higher than the average in December the year before.

Approximately six kronor per kWh compared with between 30 and 35 öre in 2020. The average price for electricity customers at Karlstads energi was almost two kronor per kWh in December 2021.

Despite the high prices, Karlstad Energi has for some periods sold electricity to customers at a loss and now a negative result is expected for the company's electricity trading.

- We have had to buy electricity for a significantly higher price than we have paid when it comes to customers with fixed agreements.

So when it comes to the electricity trade part, Karlstad's energy will make a negative result for the first time ever, says Erik Kornfeld.